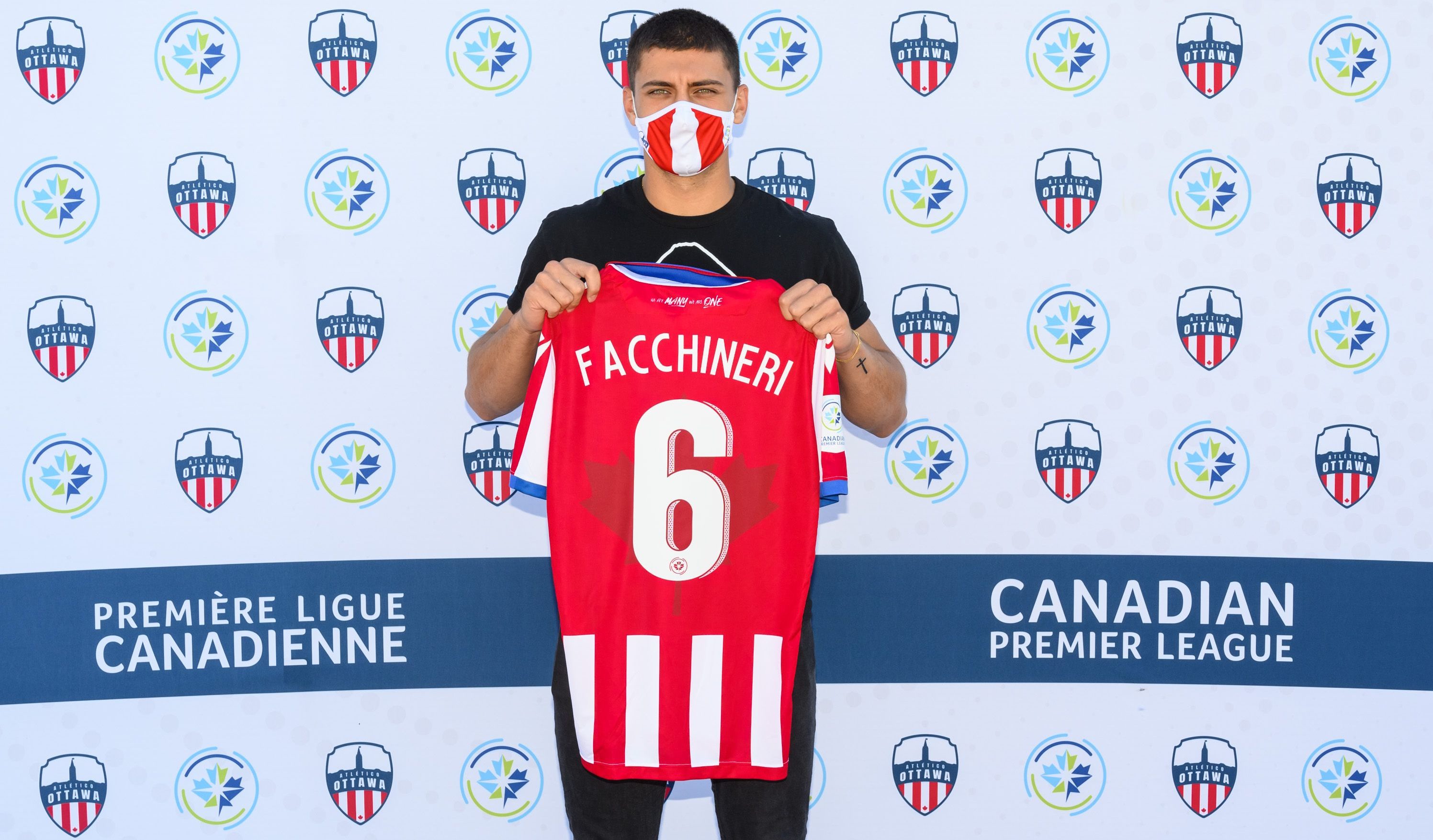 Atlético Ottawa boosted its youth contingent on Monday by announcing that it has acquired defender Gianfranco Facchineri on loan from MLS side Vancouver Whitecaps FC until Sept. 30.

Facchineri, an 18-year-old from Windsor, Ont., signed a professional contract as a homegrown player with the Whitecaps in January 2020 after joining the MLS club’s youth academy in 2018.

He’d previously played his youth soccer in and around the Windsor area before moving out west. In 2019, Facchineri was named Vancouver’s Academy Player of the Year.

“This will be a great opportunity and I am very excited to earn game time and test the abilities I have learned while training with the first team over the last six months,” Facchineri said. “I’m looking forward to the challenge and playing competitive matches again.”

Whitecaps coach Marc Dos Santos added: “This loan is a great opportunity for him to continue his development in a competitive atmosphere and we will be following his progress closely.”

Facchineri has also featured on several occasions for various Canadian youth national teams. He first appeared on the Canada Soccer circuit in 2016, attending a U-15 identification camp at age 13, and played at that level in 2017 as well.

In 2019, Facchineri was an integral part of Canada’s U-17 squad, playing every minute of both the Concacaf Championship and the FIFA U-17 World Cup in Brazil. He converted a penalty as co-captain in the Concacaf tournament quarter-finals against Costa Rica to secure World Cup qualification for Canada in a shootout. Facchineri also played all three of Canada’s group stage matches at the World Cup last fall.

“We are very confident on the way he will contribute to our team and we can’t wait to see him wearing our jersey and showing his talent and all that he is capable of,” Ottawa CEO Fernando Lopez said.

Ottawa’s squad has now grown to 16 players, as the club continues to build its inaugural roster ahead of the 2020 CPL season.