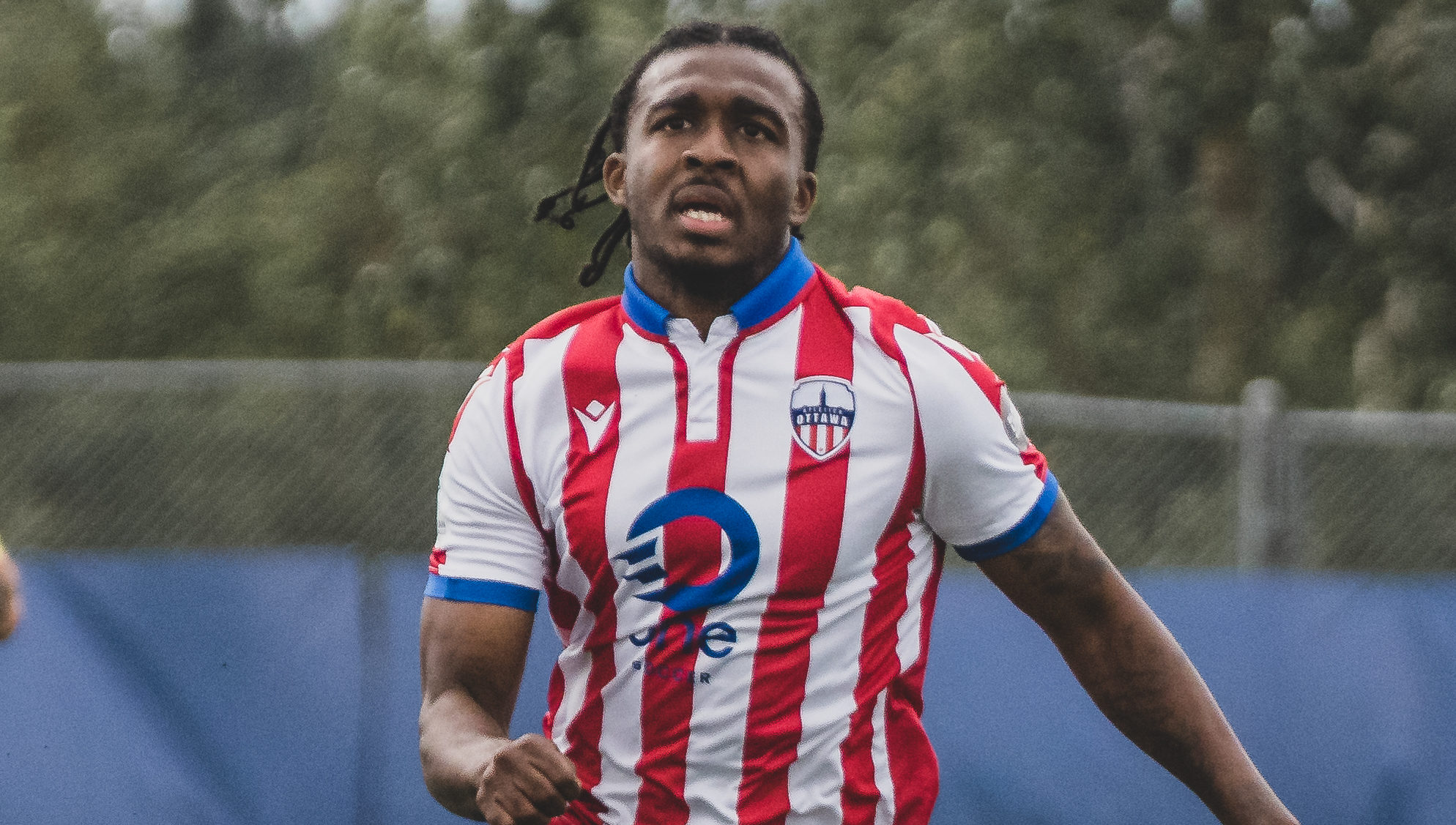 Neufville, 21, made five appearances for Ottawa at The Island Games – missing two matches due to a red card suspension and injury, respectively. The London native assisted Mohamed Kourouma on the club’s inaugural goal against York9 FC, now York United.

“Vashon has already shown he can be one of the best fullbacks in the Canadian Premier League – he is eager and we are very excited about his performance during the shortened season,” Atlético Ottawa coach Mista said in a media release.

Atlético Ottawa CEO Fernando Lopez added: “Vashon was an important piece to our starting eleven at The Island Games. He was able to establish himself as a strong presence on the left flank and it allowed us to attack from the wings. It is important for us to bring in the players we know will enable us to create chances and play an exciting style.”

A pacy fullback, Neufville is a former England under-16 and under-17 standout who looked impressive in PEI for Ottawa. Vashon also stood in the top ten in percentage of passes played forward (59 per cent) at The Island Games according to Centre Circle Data, showing a propensity to push forward and create.

“Last season was a very difficult experience for me, there was a lot of unknown surrounding the season and I was thousands of miles away from home for the first time,” Neufville said. “But with the help of my teammates and the staff at Atlético Ottawa this transition was made much easier.

“That is what makes this such an easy decision for me to continue with the club and carry on progressing. Also, I can’t wait to finally get to meet all our supporters.”

More recently, Neufville made his professional debut on loan at Newport County the League Two side’s shock FA Cup upset over Leicester City in 2019. The youngster earned a crucial late penalty that sent Newport to the Fourth Round. He has also made nine appearances for England at U-16 and U-17 levels.