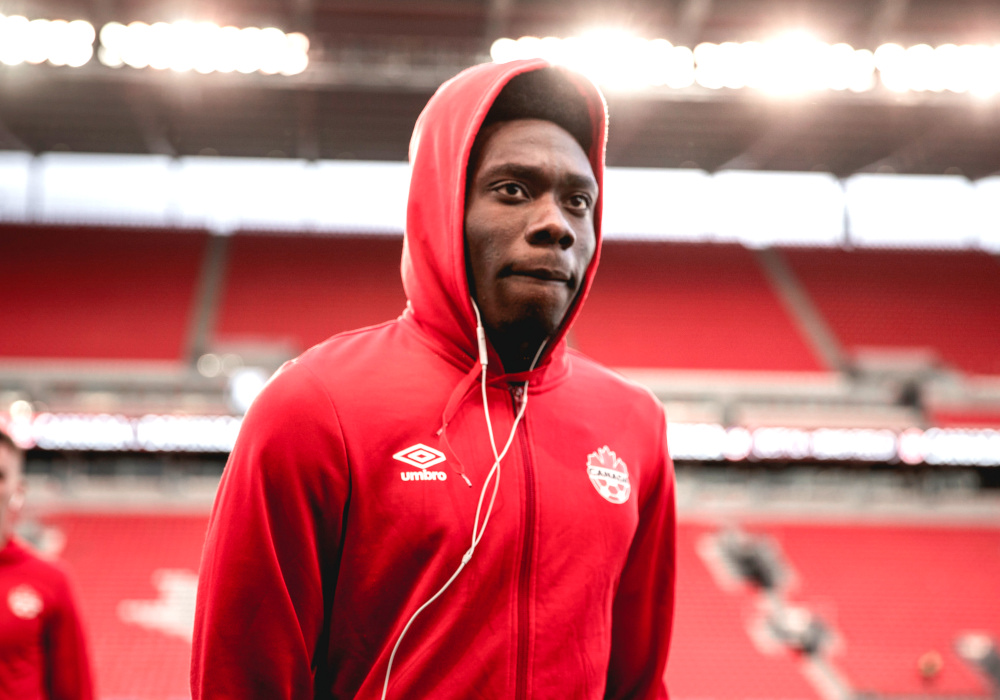 Bayern Munich head coach Niko Kovac says Alphonso Davies has been “ear-marked” for the club’s first team ahead of his official arrival in January.

“We’re very happy to have signed such a diamond in the rough,” Bayern manager Niko Kovac told league media. “He’s a very talented young player who drew interest from more than just Bayern.”

Davies, who will wear the No. 19 shirt, took part in senior team training for the first time on Thursday.

“Of course, we can’t over-expose him… But he’s definitely a player we have ear-marked for the first-team,” Kovac added.

After much anticipation, @AlphonsoDavies has finally arrived in Munich! ??? pic.twitter.com/IZp6VkHV8c

The 18-year-old will Canadian international will officially join the club on Jan. 4, 2019, when the transfer window opens and his record transfer from Vancouver Whitecaps is finalized.

Last week’s session was part of a month-long orientation for the Canadian, who earned his ninth cap for his country in a 1-0 Nations League qualifying win at St. Kitts and Nevis last weekend.

The win brought Canada one step closer to qualifying for next summer’s Gold Cup.

“I’m very excited and looking forward to my time. I want to prove myself every day in training and work hard,” Davies told media upon arriving in Germany.

Davies can expect stiff competition for minutes with Arjen Robben, Franck Ribery, Serge Gnabry, and Kingsley Coman making up a strong group of established wingers at the club.

Kovac hinted at incorporating Davies into the first team in October when he insisted the club wouldn’t “spend so much money on a young player” to put him with the second team.

He could make his Bundesliga debut as early as Jan. 18 when the defending champions visit Hoffenheim.