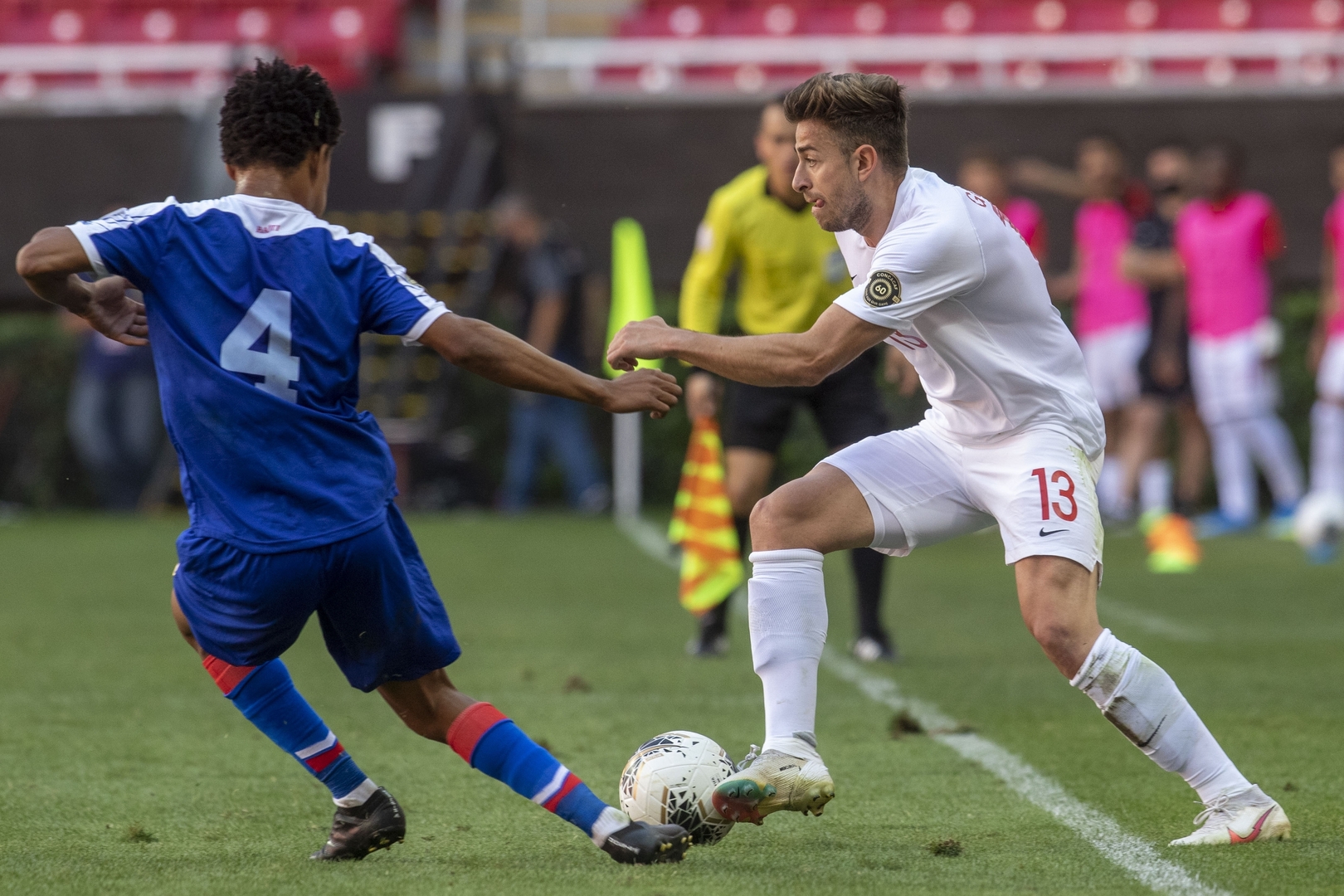 The Canadian men’s under-23 side were left frustrated against Haiti at the 2020 Concacaf Olympic Qualifying tournament, settling for a 0-0 draw on Monday at Estadio Akron in Zapopan, Mexico.

Coach Mauro Biello’s team generated a handful of quality chances through winger Tajon Buchanan and Ballou Tabla, specifically, but failed to break down the Haitians who had a couple decent chances themselves – all stopped by Canada’s James Pantemis.

Canada now has four points from Group A – three of which coming from a 2-0 win over El Salvador last week. The top two teams from both Group A and Group B will face off later this week, with each winner qualifying for the Tokyo Olympics.

Pantemis pulled out some impressive last-ditch saves to bail out his backline. A free header from just outside the six-yard box in the second half was acrobatically swatted away.

Brault-Guillard stayed glued to the touchline in attack to provide width and space for teammates… and it worked well. The CF Montreal fullback found lots of success as he pressed forward.

Another sturdy game for Canada’s captain who missed just two passes on the day – many of the successful ones being long balls that bypassed the midfield.

Norman was good on the whole but a few missed defensive actions will be left wanting. Led the team with 70 passes completed.

A so-so performance from the fullback who found limited success going forward but left Canada’s defence exposed a couple of times.

Tidy performance in midfield for the Vancouver Whitecap. Baldisimo floated from between centre-backs to deep in the final third with ease. Passing was sharp, too.

Another decent performance from Canada’s pseudo-no. eight after assembling a 91 per cent passing completion percentage on 44 attempts.

Daniels looked bright in defence but failed to create much going forward and ended with a 63 per cent passing percentage through an hour of play.

Not one but two clear-cut chances fell to Buchanan who was a focal point for Canada’s attack and Haiti’s defence following his two-goal tournament opener. Flashy dribbles and a handful of dangerous dribbles in the final third weren’t enough to get that all-important goal, though.

A relatively impressive outing for the Canadian forward despite the lack of goals. Worked well alongside Bair and thrived in Canada’s sustained final-third pressure in the first half (set up Buchanan with a clear-cut chance early in the first half) but went quiet after Haiti’s late resurgence. Substituted in the 79th minute.

The Vancouver Whitecaps forward found success dropping deep to collect possession and provide quality through balls… but not much else. Brought off after 65 minutes.

Tabla failed to offer much in his half-hour cameo which culminated with a brilliantly-saved clear-cut chance following a cross from Buchanan.

Replacing Brault-Guillard was going to be a difficult task but the CF Montreal fullback filled the role well – especially going forward.

Dias shined in his Canada debut as an attacking midfielder. An 85th-minute through ball bypassed several Haitians to give the Canadians one of few proper second-half breakthroughs

Raposo looked good after making Charles-Andreas Brym’s spot in the final ten minutes. Good delivery on set pieces in the dying minutes, too.