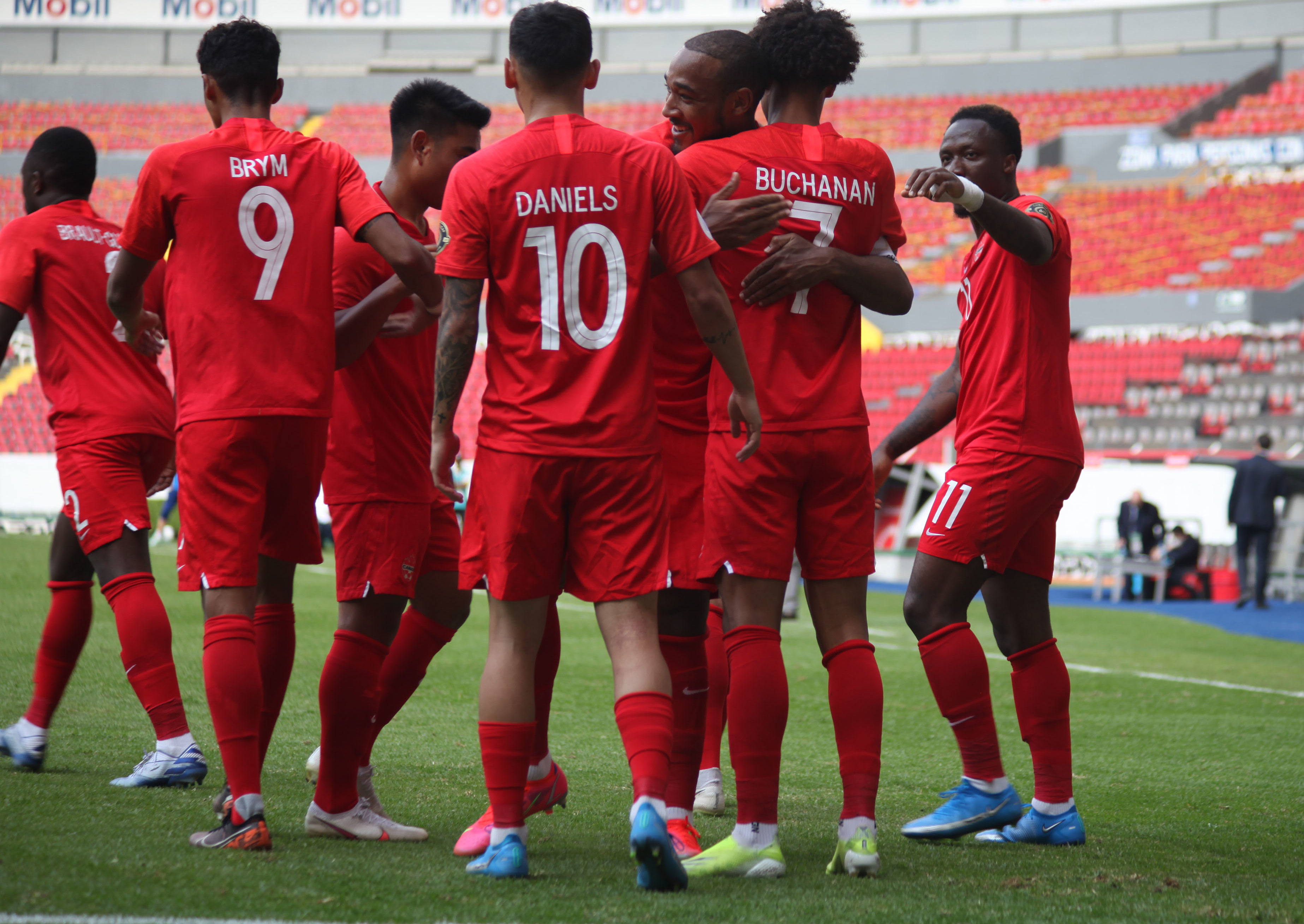 The Canadian under-23 team’s hopes of qualifying for the Tokyo Olympics received a major boost on Friday.

Canada earned a 2-0 win over El Salvador at Estadio Jalisco in Guadalajara, Mexico in its opening Group B match at the Concacaf Men’s Olympic Qualifying Tournament, taking a big first step towards booking a spot in Tokyo this summer.

New England Revolution forward Tajon Buchanan put in a man-of-the-match effort by bagging a pair of first-half goals for a Canadian side that is looking to claim one of two Olympic berths on offer at this competition.

It was an amazing performance for Buchanan, a 22-year-old native of Brampton, Ont., who came into this game with no international experience for Canada under his belt at any age level. Buchanan’s brace was the 12th by a Canadian under-23 player in Olympic qualifying, and the first since Tosaint Ricketts in 2008.

Canadian coach Mauro Biello lauded Buchanan for his hard work off the ball and for tracking back defensively, as well as for his goalscoring prowess against El Salvador.

“He had a good season last year in New England and came into camp with the men’s (senior) team in January and showed his qualities. Today he was focused to show what he could do and he was able to get those two great goals,” Biello told reporters after the game.

Honduras beat Haiti 3-0 in Friday’s other match. Canada and Honduras are tied for first place in Group B with three points apiece. Finishing first in the group is important at this tournament, as it likely means avoiding host nation Mexico in the semifinals – only the semifinal winners qualify for the Olympics.

Biello said he was happy with the result and very proud of the way his team fought, but maintained there was still work to do and room for improvement.

“We’ve got to find those little gaps and exploit them in midfield; we want to attract them to eliminate them,” Biello said.

He later added: “We had one and a half (training) sessions in building out of the back, and there were some bumps there. I think we’re going to continue and improve that.”

Despite some first-half turnovers by Canada, El Salvador didn’t create much from open play. Canada looked very lively on the counter-attack with Buchanan serving as the main reference point and midfielder Michael Baldisimo pulling the creative strings. The Canadians also did well to quickly work the ball out wide when El Salvador overloaded the wings.

A chippy and physical start to the contest gave way to a brilliant opening goal in the 17th minute via a swift Canadian attack. Buchanan took a pass from Ballou Tabla on the edge of the box and then blew by El Salvador defender Kevin Menjivar with a lovely step-over move before firing a left-footed shot from an angle through the legs of the goalkeeper.

Buchanan added a second goal just four minutes later, hitting a beautiful curler from 20 yards out through traffic that nestled inside the post after El Salvador couldn’t clear its lines off a free kick played into the box. Aidan Daniels had a chance to make it 3-0, only to see his hard blast from inside the box hit the post.

Canadian goalkeeper James Pantemis, who spent the 2020 CPL season on loan with Valour FC, was kept busy late in the half and he was required to make a smart kick save after El Salvador pounced on a giveaway.

Cavalry FC midfielder David Norman Jr. was subbed into the game to start of the second half, and partnered captain Derek Cornelius in the heart of the Canadian defence. In doing so, Norman Jr. made history by becoming the first CPLer to play a competitive game for Canada at any level. Cavalry fullback Mo Farsi was subbed on by Canada in the 84th minute.

Buchanan turned playmaker in the 50th minute when he bent a perfect ball from the left flank across the box to the back post for Tabla, only to see El Salvador’s Mario González come up with a huge save.

Lucas Dias, an 18-year-old midfielder, subbed on in the 72nd minute and added some dynamism to the attack, as Canada comfortably held on for the win.