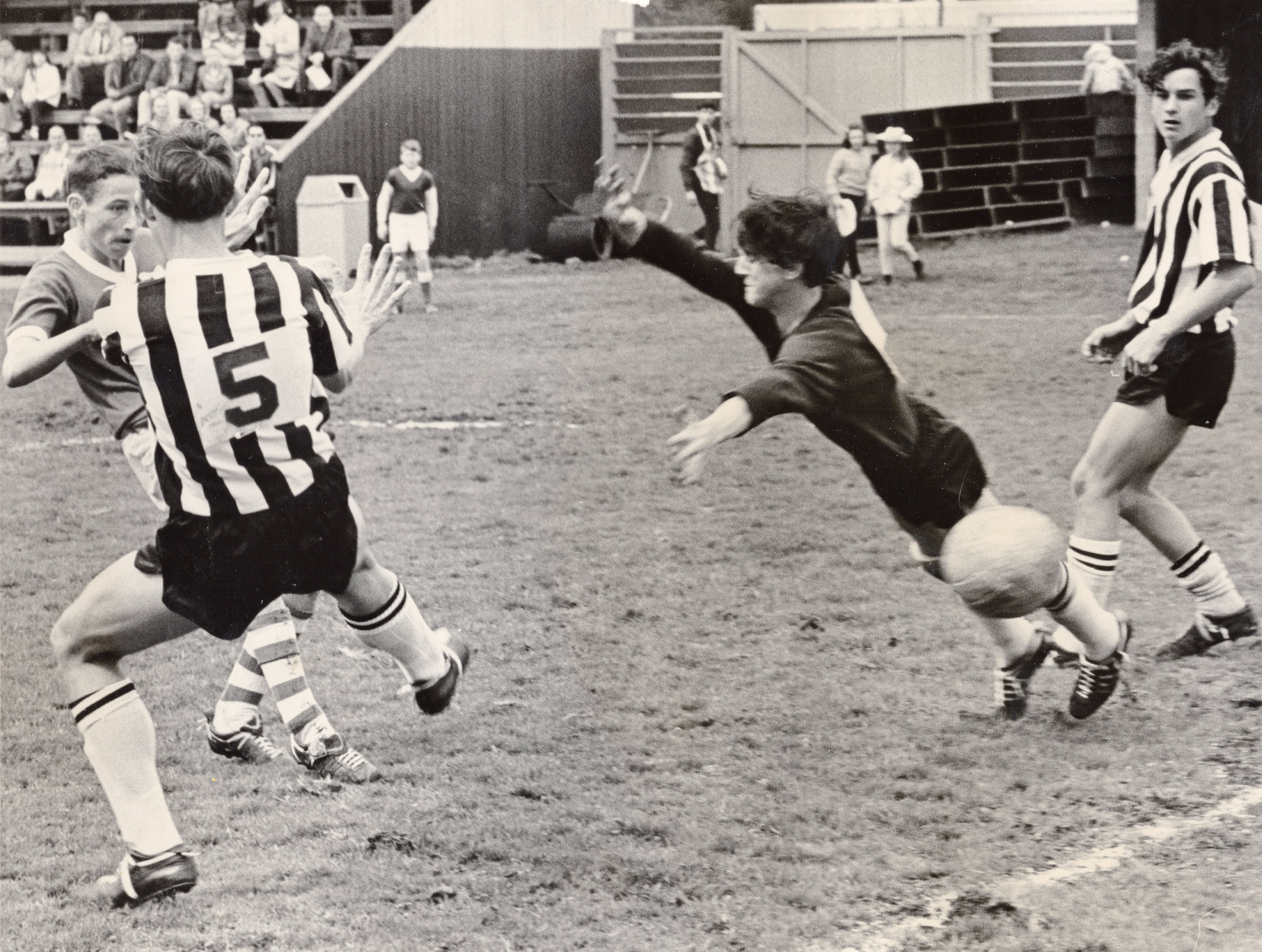 Next time your parents want to haul out the old baby photos, send them to Canada Soccer’s Flickr page. It’s a massive database of images across just about every decade Canadian soccer was able to be photographed.

It’s an eerie experience at times. Seeing a sun-sweat Atiba Hutchinson arguing “the offside” or teenage Christine Sinclair in high definition creates an uncanny feeling, bringing experiences seen on a TV back to life again.

But before soccer even graced TV, we had the early 20th century. Club soccer was scattered across the country, national teams were smaller in scope.

Here are the most interesting early-to-mid 20th-century photos from Canada Soccer’s extensive archive, which we’d recommend you check out for yourself.

Canada under a different banner, 1957

Westminster Royals take on an unknown foe at a packed Con Jones Park in 1932. Later renamed Callister Park, the stadium hosted Pacific Coast Soccer League matches for over three decades before being torn down in 1971. Also, do you see those mountains? Eat your heart out, Pacific FC.

One more from what’s more-than-likely Con Jones Park in 1935: A Scottish all-star group battles the hometown Vancouver selects side for the ball.

A friendly for the ages. The short-lived International Soccer League brought European and Southern American sides to Montreal for a series of friendlies in 1961. The Concordia University squad went on to beat AS Monaco in the tournament, which was hosted at Molson Stadium.

A soldout Varsity Stadium in Toronto witnesses a midsummer friendly between Manchester United and Tottenham Hotspur in 1952.