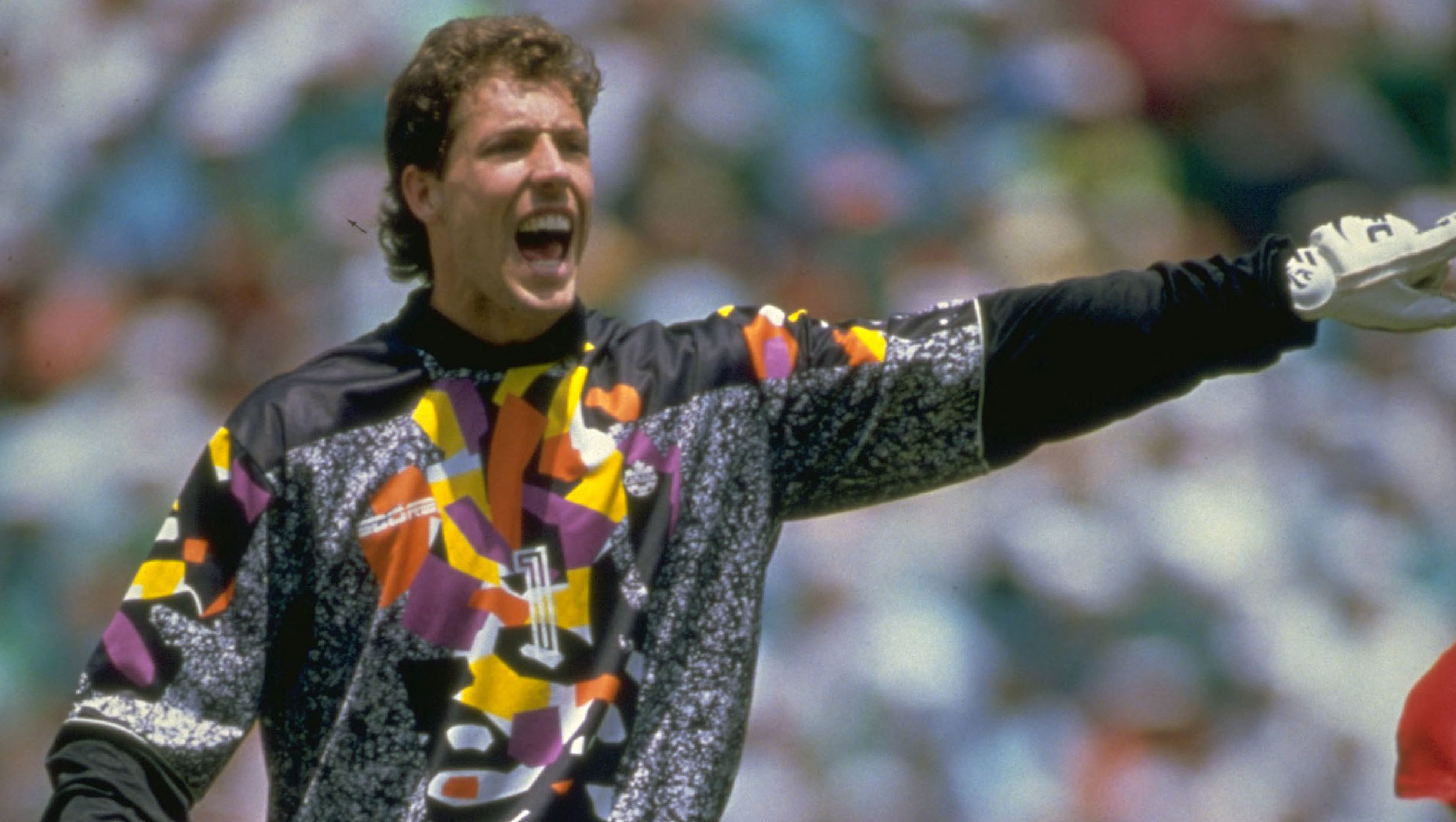 While Nirvana, jean jackets, and Fresh Prince of Bel-Air may seem like yesterday for some readers, we can agree that the Canadian soccer landscape of the 1990s feels much farther away.

By 1990, Canadian soccer had hit a recession: the NASL had folded, national team players were scattered, and a national rebuild was needed.

Here are some of the most interesting Canadian soccer photos from the ’90s, courtesy of Canada Soccer’s Flickr account.

Domenic Mobilio’s name was on the lips of many in Canada in 1993, including TSN’s Vic Rauter. All three of Mobilio’s goals for the men’s team came in the 1994 World Cup qualifying cycle, including one against Australia in the inter-confederation playoff. The former Vancouver 86ers legend made almost 300 appearances for the club, scoring 167 goals.

Canada in an all-black kit? Alex Bunbury sports the unique second-choice uniform that Canada wore in 1997.

Speaking of unique kits, here’s just one Charmaine Hooper wore for Canada while making 129 appearances and scoring 71 goals – both of which were Canadian records when she retired.

Paul Peschisolido, all grown up, 1996

Peschisolido, who graduated from the youth team when he was photographed in our 1980s look back, celebrates scoring a brace against Cuba in a 1998 World Cup qualifier in Edmonton.

Canada’s first and only appearance in ‘the Hex’ opened at Estadio Azteca, where Mexico earned a 4-0 victory to open the final stage of Concacaf’s 1998 World Cup qualification process.

Narrowly missing out on qualifying for the 1994 World Cup in the United States, Canada was a prime opponent for qualified teams looking for a pre-tournament tune-up. Here we see Colin Miller and Lyndon Hooper chase down Germany’s Matthias Sammer in Toronto. Canada lost the friendly 2-0.

Canada’s all-time greatest goalkeeper was synonymous with Les Rouges in the 1990s. Forrest won Canada’s Player of the Year in 1994, a year after wearing, uhh, this unique outfit.

‘Video games are becoming so realistic’, 1995

Frank Yallop, Kevin Holness, and Colin Miller watch what appears to be FIFA 94 played on a tube TV. What a time to be alive.

Dominance from Canada’s women’s side, 1998

Canada qualified for the 1999 Women’s World Cup in stunning fashion at the 1998 Concacaf Championships. Hosting the tournament in Toronto, the Canadians kept five-straight clean sheets – and scored over 40 goals – en route to earning a World Cup spot, which they clinched with a 1-0 win over Mexico in the final. Canada’s greatest-ever tournament performance?

Defender Nick Dasovic, who went on to make 62 appearances for Canada, speaks to the local media after a 1998 World Cup qualifier.

From hay fields to soccer fields, 1996

The site of the Ontario Soccer Centre, home to the Canadian Soccer Hall of Fame and Museum, on its groundbreaking day in 1996. Yeah, we get it, it was built on a farmer’s field – did you need to park the machinery there?

Julian de Guzman, Canada’s all-time leader in appearances, accepts a trophy at a 1966 Ontario under-16s championship. The midfield maestro would make his first appearance for the Canadian men’s side six years later en route to an astonishing 89 caps.