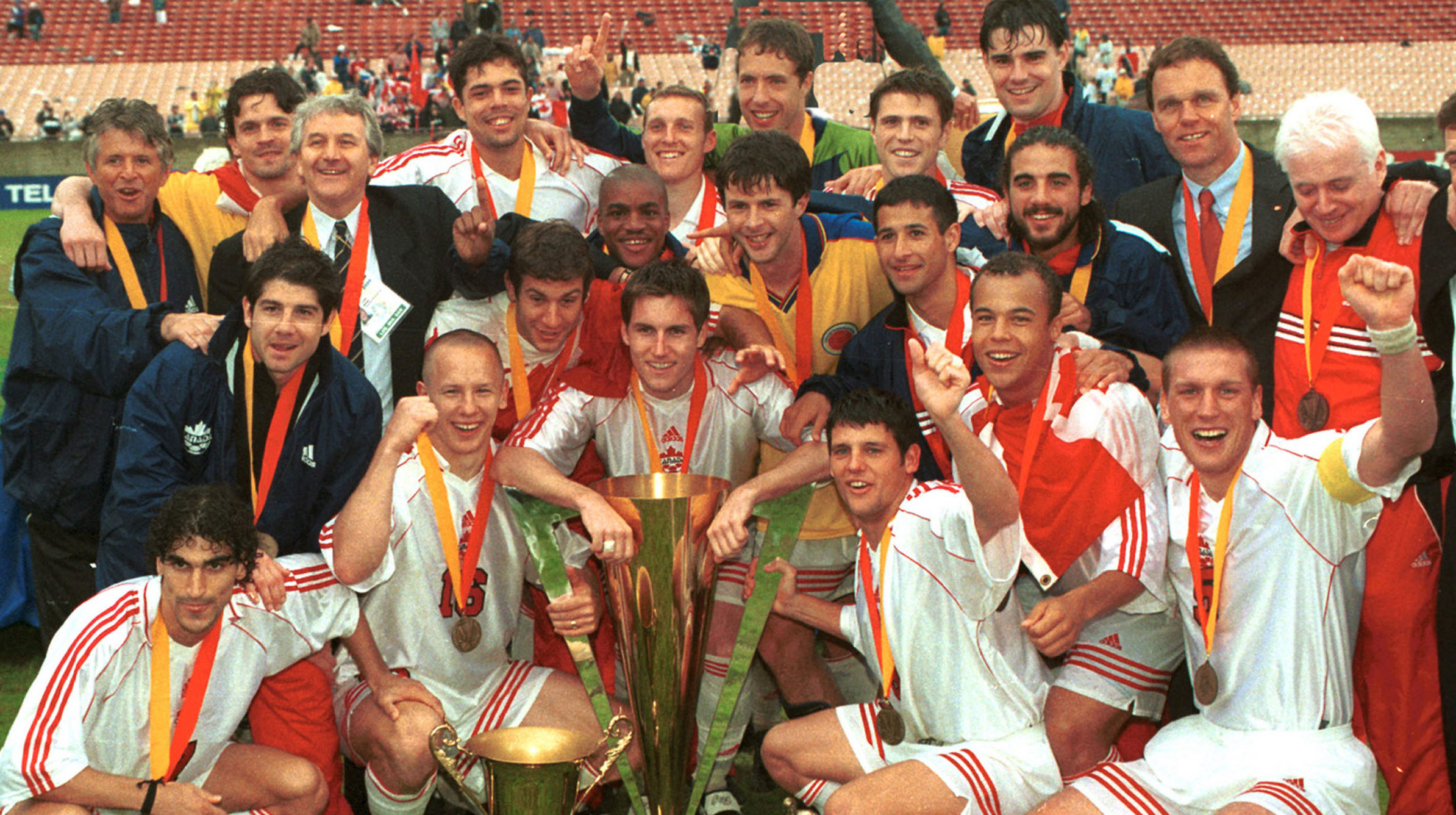 In the past few weeks, we’ve documented the history of Canadian soccer through Canada Soccer’s extensive photo archive. Starting in the early 20th century, we’ve also shown the sport’s growth through the 1970s and 1980s and went right up t0 the 1990s.

For July 1st, we’re looking at one of Canadian soccer’s greatest decades.

From 2000 to 2010, the sport was growing coast-to-coast. Toronto FC joined Major League Soccer, the Canadian Championship was rebranded, and the women’s team was building towards something special in the following decade.

Oh, and the men’s team did pretty well, too…

A new millennium, a new Canada. Les Rouges won its first and only Gold Cup just two months into this decade, taking down Colombia in the 2000 Concacaf Gold Cup final in California, and producing arguably the most jubilant photo in Canadian soccer history.

Before meeting Colombia in the 2000 Concacaf Gold Cup final, Canada had to face the mighty Mexico in the semis. Arguably a greater victory than the tournament clincher, Richard Hasting’s golden goal – his only goal for the national team – sent the underdogs through to the final.

Just a youngster on the Gold Cup-winning team, Dwayne De Rosario would go on to enjoy a great national team career, scoring 17 of his Canadian-record 22 goals in the 2000s. Fans at Swangard Stadium got an excellent view of DeRo at this World Cup qualifier.

The soccer world descended on Canada in 2007 for the FIFA Under-20 World Cup. Future Manchester City legend Sergio Agüero collected the Golden Boot award after his Argentina side beat the Czech Republic 2-1 in the final at BMO Field.

Tomasz Radzinski, who made 46 appearances for Canada, launches his shirt into the crowd at Commonwealth Stadium after scoring against Mexico in 2010 World Cup qualifying in Edmonton. It was Radzinski’s final game in Canada (see the “Thanks Tomasz” banner?) before he signed off from the national team in 2009.

A nearly-complete BMO Field in May 2007, days before Toronto FC opened the new $62.9-million stadium with their first home match in Major League Soccer.

All eyes on Osieck at Confederations Cup

Holger Osieck coached Canada at the 2000 Concacaf Gold Cup triumph and the resulting trip to the 2001 FIFA Confederations Cup in South Korea and Japan. Canada failed to score at the tournament, suffering three losses in a group that included Brazil, Cameroon, and Japan.

Lars looms large between the sticks

Lars Hirschfeld watches a shot stray wide of his goal at the 2003 Concacaf Gold Cup. Hirschfeld, now FC Edmonton’s goalkeeping coach, was one of several talented Canadian goalkeepers to emerge in the 2000s.

Sinclair shines on the biggest stage

Christine Sinclair led the Canadian women’s team to its first Olympic Games in 2008 in China. Here, Sinclair is joined by teammates after scoring against the hosts in a 1-1 group stage draw. Led by world football’s one-day all-time leading scorer, Canada would go on to win back-t0-back bronze medals at the 2012 and 2016 Olympics.