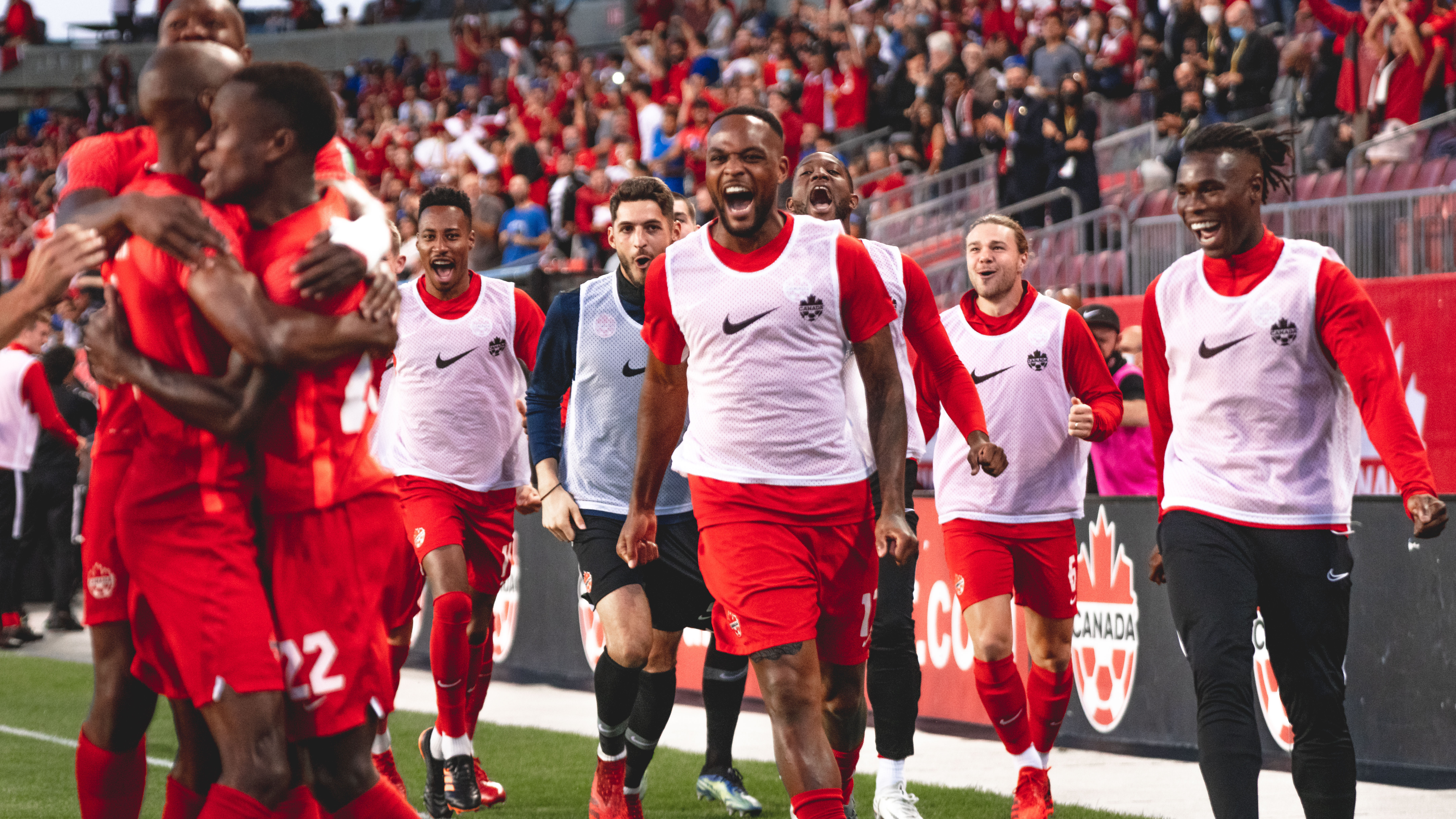 The Canadian men’s national soccer team moved up to fourth in Concacaf and 51st in the world Thursday – if the FIFA World Rankings are concerned.

Les Rouges jumped eight spots on the September 16 reassessment – up from 59th in August on the back of 16.8 points to reach 1399.35 in FIFA’s point-based ranking. Thursday’s release also puts them ahead of Concacaf rivals Jamaica, Honduras, and El Salvador.

The rise is attributed to coach John Herdman and his side’s results in Concacaf 2021 FIFA World Cup qualifying where, in the most recent window, Canada drew Honduras and the United States before beating El Salvador to stand second in the eight-team “Oct.” final round of qualifying which will see three teams automatically qualify for Qatar and the forurth-place side take in an intercontinental playoff.

Canada jumped to 59th in August from 70th in May – attributed to a string of results in World Cup qualifying and the 2021 Gold Cup where the side beat 44th ranked Costa Rica and narrowly loss to ninth-placed Mexico.

The highest Canada has ever ranked on the men’s side was 40th in 1996.

Canada’s next international window will come in just under a month when, on Thursday, October 7, John Herdman’s team heads to the Azteca to face that aforementioned Mexico side. That opens a three-match window where Canada plays in Jamaica on Oct. 10 before coming home for a tilt with Panama by Oct. 13.