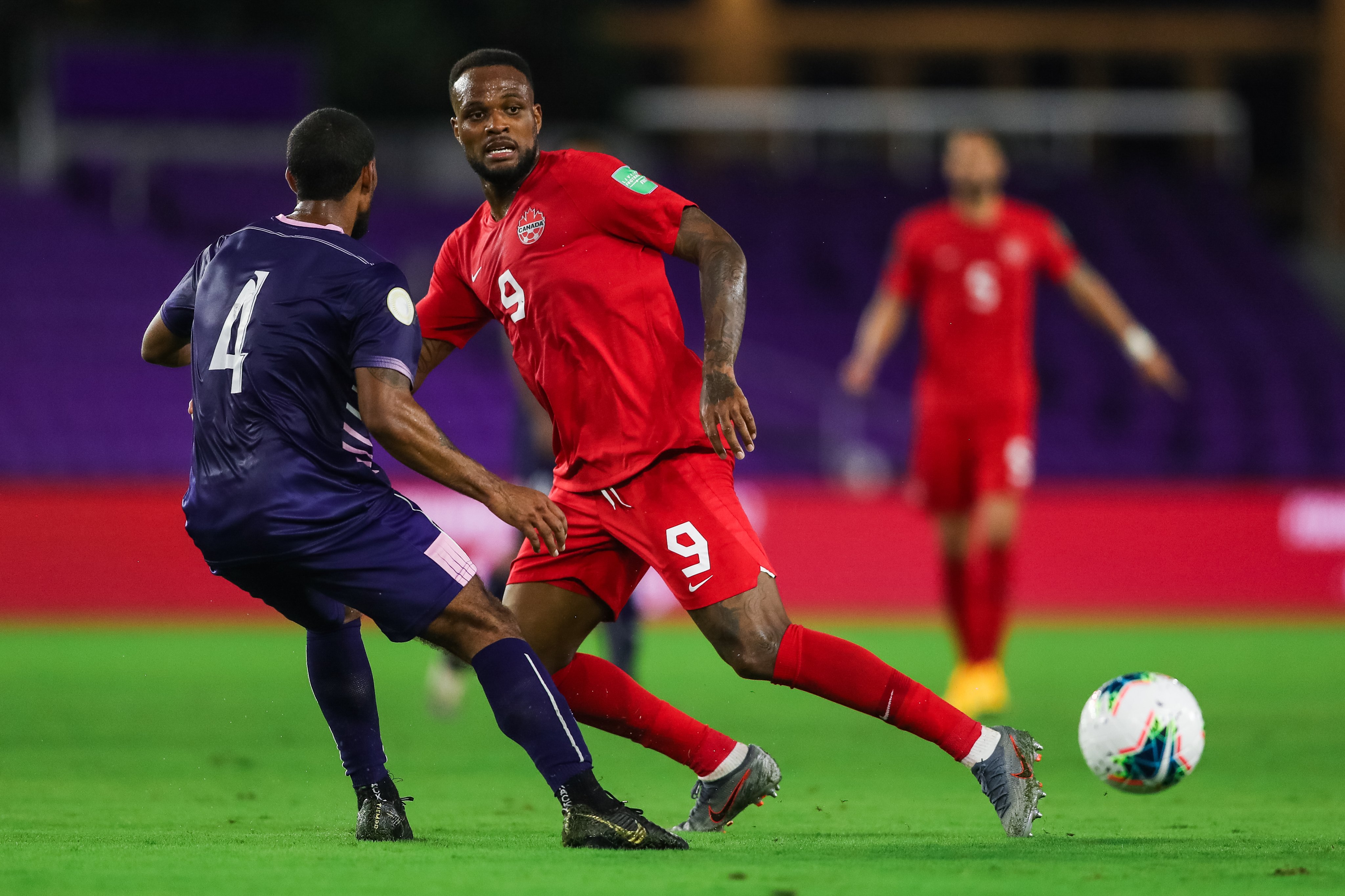 Canada’s 2022 World Cup qualifying campaign is (finally) off to a good start.

John Herdman’s side took down Bermuda 5-1 in the first match of the first stage of 2022 Concacaf World Cup qualifying Thursday at Exploria Stadium in Orlando.

Canada started an attacking lineup that didn’t shy away from the final third against a weakened Bermuda side, who saw a handful of players ruled out due to COVID-19 protocols. Forward Cyle Larin led the way with a hat trick, followed by first national team goals for Richie Laryea and Theo Corbeanu.

Up next for Canada in World Cup qualifying is the Cayman Islands on Sunday (4 p.m. ET, OneSoccer) in Bradenton, Florida.

RELATED READING: 3 thoughts: Alphonso Davies puts on a show for CanMNT vs. Bermuda

Borjan, on his 50th appearance for the national team, had a brutal mistake that led to Bermuda’s lone goal.

Vintage performance from the Toronto FC right fullback who was often pinned up and to the outside of the touchline. A hero run and impressive finish in the 53rd minute gave the 26-year-old his first goal in a Canada shirt. Was unlucky not to earn a back-heel assist to Junior Hoilett ten minutes later. Subbed out in the 69th minute.

A solid outing for Vitoria who was required to make a handful of clearances and defensive actions.

Miller will want a couple giveaways back but, other than that, a solid performance from the left-sided CF Montreal defender.

Adekugbe thrived as a fullback, mostly supporting Davies up the wing. Solid performance.

The 38-year-old looked tireless in his first match with the national team in nearly two years, playing all 90 minutes. Hutchinson provided veteran leadership in midfield on route to earning his 85th appearance for Canada – which is second-most all-time.

A solid performance for Eustáquio, who played a link-up midfield role in just his second game for Les Rouges. Woeful attempts on goal will be forgotten. Subbed off after 77 minutes.

The Bayern Munich starlet shined with an incredible three assists to Cyle Larin. Playing on the left-wing, Davies looked in-control as Canada’s leader up top and took set-pieces well.

Oh, and how about those mind-bending runs and dribble through defenders?

Hoilett did well drifting in from the right side to support Canada’s attack but failed to get in on the scoring before being substituted in the 77th minute.

An outstanding three-goal output for the Besiktas forward, who shined as a withdrawn striker with his movement creating gaps all over Bermuda’s defence. Most importantly, Larin was clinical in his finishes, specifically on the second goal.

Canada’s centre forward disappointed with his lack of finishing. Back-to-back clear-cut misses in the first half led to another handful of opportunities in the second.

The Nashville fullback made his debut in the final 20-odd minutes. Was confident moving play forward.

Millar joined for the last 20 minutes and looked great on the left-hand side. A couple tricky shots preceded a beautiful low-cross that pinged teammate Corbeanu for an impressive assist.

Wotherspoon looked solid as a substitute winger, combining well with teammates and nearly scoring on an 86th-minute chance.

Welcome to Canada, Corbeanu! The Wolverhampton Wanderers product made a dream debut, finishing a perfect cross from Liam Millar to score a first goal to go along with his first appearance.

A 50th cap and an effective cameo for the CF Montreal midfielder who, considering his appearance late in the match, had a solid performance.