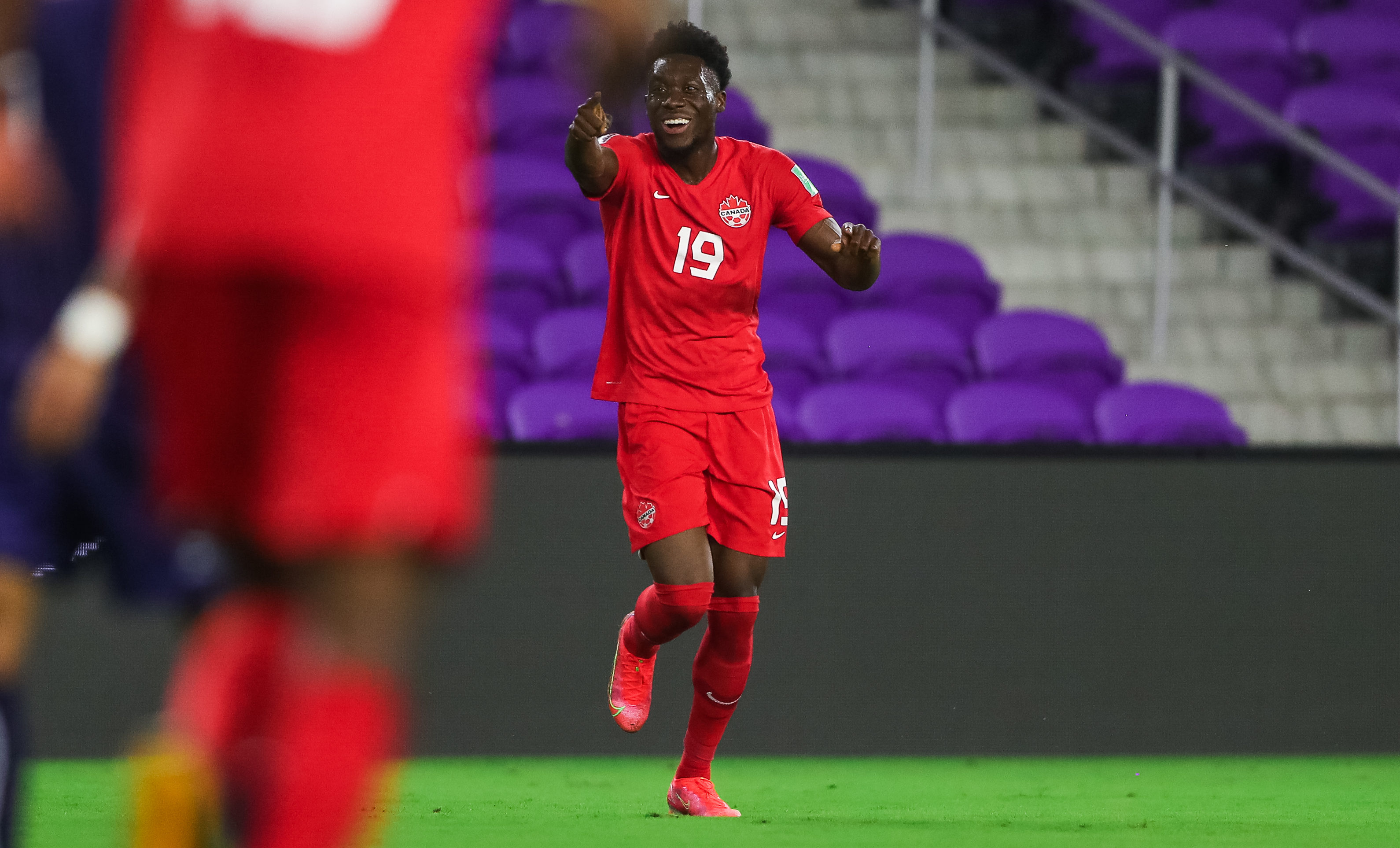 After a hiatus of over a year, Canada didn’t show any signs of rust as it began its qualifying campaign for the 2022 FIFA World Cup in Qatar on a winning note.

Alphonso Davies set up all three goals by forward Cyle Larin, as Canada earned a convincing 5-1 victory over Bermuda at Orlando’s Exploria Stadium on Thursday night.

Richie Laryea and the debuting Theo Corbeanu also scored for Canada, who tops Group B in the first round of Concacaf qualifying, tied with Suriname on three points. Suriname beat the Cayman Islands 3-0 on Wednesday.

Due to the global pandemic, Canada hadn’t seen any action before this contest since suffering a 1-0 loss to Iceland in an international friendly held in Irvine, Calif., on Jan. 15, 2020. The Canadians made up for lost time with a command performance on Thursday, albeit against a meagre opponent.

Coach John Herdman was pleased with his team’s effort and commitment, but stressed that Canada must travel down a long path in and play at least 20 games in order to qualify for the World Cup.

“One game at a time – one down, 19 more to go to get to Qatar,” Herdman said in the post-match conference.

He later added: “All in all, a good night. But loads to build on.”

It was a sentiment echoed by Laryea.

“This is a very, very good team… It’s only going to get better, but we can’t settle for anything. This is just our first game. We’ve done well, but we gotta move on. We gotta put it past us,” Laryea said.

Canada is 73rd in the FIFA world rankings, while Bermuda is 169th, and the large gap in quality between the two sides was on full display. The Canadians dominated for the full 90 minutes with their relentless attack, pinning their Caribbean counterparts back in their end for long stretches.

Atiba Hutchinson wore the captain’s armband for the 12th time in his international career. According to Canada Soccer, Hutchinson (age 38) made history as the oldest outfield player for the men’s team in 96 years – only fullback Geordie Campbell in 1925 (age 40) and goalkeeper Pat Onstad in 2010 (age 42) were older. Hutchinson will return to Turkey on Friday to rejoin his pro club Besiktas, so he will not play for Canada in its next World Cup qualifier on Sunday.

A star left fullback for Bayern Munich, Davies was deployed as a left winger against Bermuda, while Larin started and made his first appearance for the Reds since Sept. 10 2019. It was Davies and Larin who set the tone, combining to devastating effect in attack as the Canadians ran roughshod over Bermuda, who were missing a number of players due to quarantine issues and had just five players on their bench.

“(Canadian forward Lucas Cavallini) was able to pin their centre backs, which opened up those pockets of space for Cyle, and we were hoping Cyle would be able to attract that fullback, manipulate the fullback to open space for Fonzie,” Herdman said.

“We kept (defender) Sam Adekugbe pretty low to allow Cyle and Fonzie that space, and the rhythm was to play behind their wide forward and get behind the fullbacks quickly.”

Canada overcame a sloppy start and swarmed Bermuda with wave after wave of attack down both wings. Cavallini latched onto a great pass and fired an angled shot from inside the box, forcing a diving save from Bermuda goalkeeper Dale Eve.

The Canadians wouldn’t be denied, though, and the breakthrough came in the 19th minute. Davies whipped a dangerous free kick into the penalty area from the right flank, and Larin’s glancing header sent the ball inside the far post.

The duo linked up again eight minutes later. Eve unwisely rushed out of his area to try to win a ball played up the left wing buy Canada, but Davies managed to get their first and sent a great feed into the box for Larin. The Canadian forward expertly sidestepped a Bermuda defender and then fired past Eve, who scrambled back into his net but was helpless to stop it.

Canada should have had a 3-0 lead going into the half, but Cavallini squandered a pair of great scoring chances, including hitting the crossbar from the edge of the six-yard box off a great pass from Davies.

Laryea scored his first goal in seven appearances for Canada, getting on the end of an excellent through-ball from Adekugbe and fighting off a Bermuda defender before firing past Eve.

Canada’s hopes for a clean sheet came to an end in the 63rd minute, with Bermuda’s goal coming out of absolutely nothing. A howler by Milan Borjan allowed Kane Crichlow to score from in-close after the Canadian goalkeeper couldn’t hold onto a simple cross played into the box.

It was a short reprieve for Bermuda. Davies played a fantastic cutback pass to Larin, who completed his hat-trick and restored Canada’s three goal lead just six minutes later. Larin now has 11 goals in 32 games for Canada.

Corbeanu, an 18-year-old who plays for Wolverhampton Wanderers, earned his first cap for Canada when he entered the game in the 77th minute. Four minutes later he had his first goal, scoring off a setup from fellow substitute Liam Millar.

Alistair Johnston also earned his first cap for Canada on the night when he entered the game in 69th minute.

This was supposed to be a “home game” for Canada, but it was moved to Orlando due to travel restrictions because of COVID-19. Canada’s “road game” vs. the Cayman Islands (No. 193 in the world) on Sunday will take place in Bradenton, Fla.