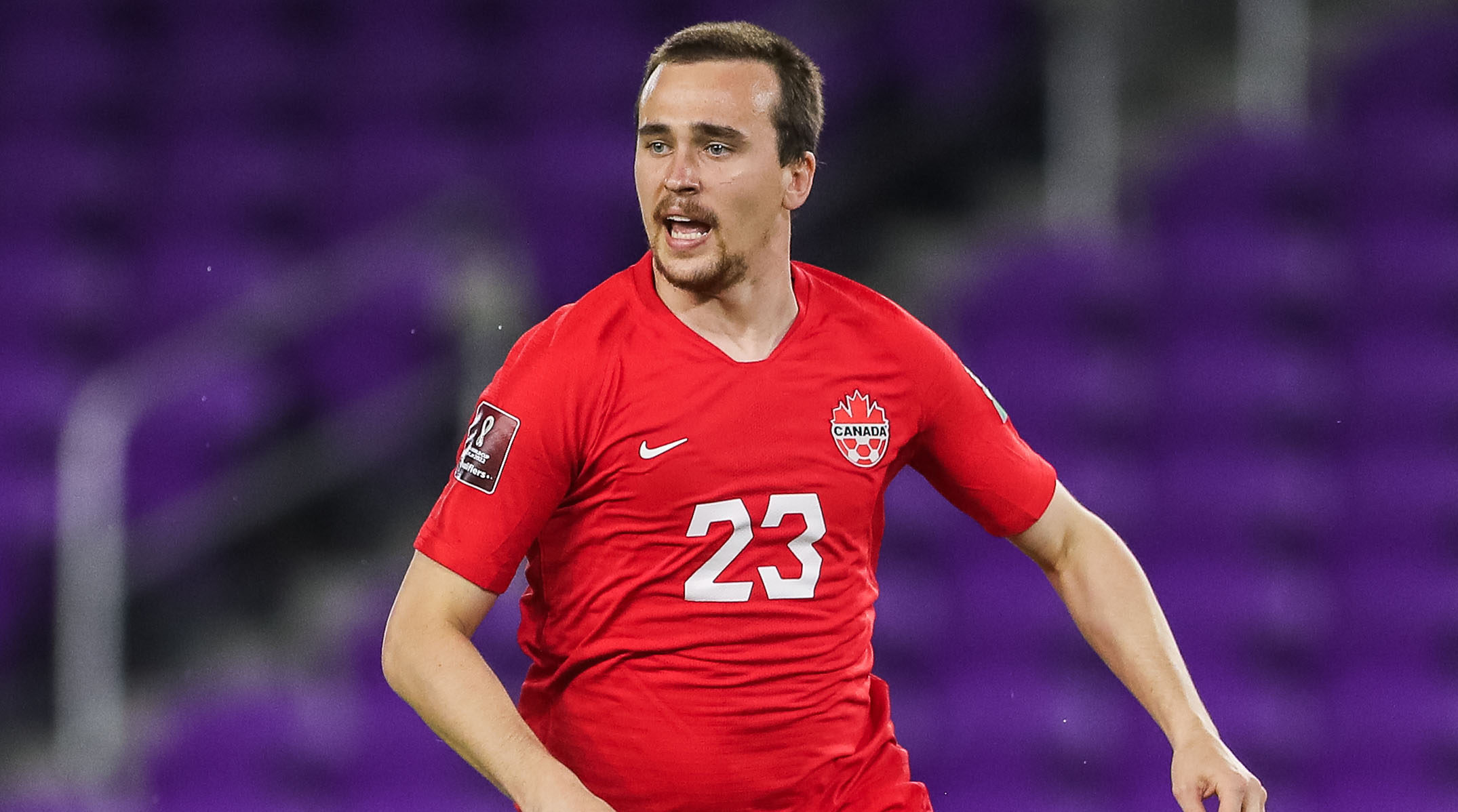 There were plenty of standout player performances for Canada in its recent World Cup qualifying wins over Bermuda and the Cayman Islands.

Alphonso Davies collected a trio of assists in Canada’s opening 5-1 win over Bermuda, while Cyle Larin netted a hat trick in that game. Veteran midfielder Atiba Hutchinson turned back time against Bermuda, as the 38-year-old showed no signs of his age or being away from the national team since 2019.

In an 11-0 win over the Caymans, centre-backs Ricardo Ferreira and Frank Sturing helped Canada preserve a clean sheet in their national team debuts, while Lucas Cavallini netted a hat trick for Les Rouges to bring his international tally up to 14 goals.

But there were plenty of other solid showings by players who contributed to the Canadian cause without making a big fuss.

It leads us to ask which player especially flew under the radar for Canada in its two wins, and is deserving of more playing time going forward under John Herdman?

RELATED READING:  CanPL.ca Debate: Which under-23 player deserves a shot with CanMNT?

Liam Millar only managed 81 minutes for Canada over these two matches but, for me, he’s one of a handful of underrated players that deserve more plaudits.

The Liverpool winger, currently on loan with English League One side Charlton Athletic, provided some wicked service from Canada’s left side in both matches, starting with a beautiful assist to Theo Corbeanu off the bench against Bermuda that perfectly slid through the six-yard box.

Similar ability bubbled up against the Cayman Islands where Millar showed great vision on a couple of crosses, the first of which set up Frank Sturing’s opening goal. The 20-year-old also took corners and, despite not recording an assist or goal in Canada’s record-setting game, he certainly deserved a few of the former as he replicated his form with Charlton, where he has amassed two goals and five assists in 1,300 minutes.

More importantly, Millar has given a different take on Canada’s left-wing role. Often drifting wide and threatening to cross, Millar allowed Bayern Munich star Alphonso Davies to cut inside from fullback and wreak havoc on flat-footed defences not prepared for his pace. This pairing could also give John Herdman some pause against top Concacaf competition later in World Cup qualifying. Need a goal? Pair Davies and Millar up the wing and see if you can’t manage to get in-behind or whip in a cross.

He’s certainly not Canada’s top left winger, but Millar did enough to raise his stock and prove he has a place in this Canada squad.

Before this pair of World Cup qualifiers, Eustáquio had a grand total of 28 minutes of experience at international level – his lone appearance for Canada came as a second-half substitute in a 4-1 loss to the United States in 2019 in the Concacaf Nations League.

Eustáquio earned his first start for the Reds against Bermuda, and the 24-year-old effectively combined with veteran Atiba Hutchinson as part of a double midfield pivot. Eustáquio looked composed and mature, as he completed over 85 per cent of his passes in breaking through defensive blocks, he made a number of defensive recoveries, and he comfortably played himself out of danger whenever he was pressed by Bermuda’s players.

“I think Stephen just has this instinct to be in the right space at the right time defensively,” Herdman said after the Bermuda game.

Against the Caymans, he subbed on for captain Samuel Piette in the second half and held down the fort in midfield, helping to preserve a clean sheet for Canada.

In these two outings, Eustáquio has given us a glimpse of what he is capable of – namely, being a midfield general who can help Canada in possession and dictate the pace of the game. It’ll be interesting to see what he can offer against a higher calibre of an opponent should Canada advance to the final round of the Concacaf qualifiers.

Making his international debut for Canada, the 22-year-old Nashville SC fullback (and alumnus of League1 Ontario’s Vaughan Azzurri) made excellent use of the chance afforded him. Johnston played about 20 minutes against Bermuda, then started and played just under 70 against the Cayman Islands.

Johnston didn’t end up with much to do against Bermuda, although he demonstrated a few times that he was strong enough on the right flank that opponents couldn’t afford to cheat to the left and try to stop Alphonso Davies. In the second game, Johnston really came alive, though.

He had a much busier evening, having got in on the action before the score was completely out of hand. Johnston made a few excellent runs from the right flank. He was ultimately rewarded for drifting into the right spaces with his first international goal:

Alistair Johnston gets his 1st Canada goal, too. Up 6-0 at the stroke of half-time

REMINDER: A special OneSoccer announcement coming up at HT ⏱

Johnston’s arrival on the scene makes competition for places a lot more interesting. The starting right-back job still belongs to Richie Laryea, obviously, but keeping Laryea motivated to retain his spot is useful.

Even more important: John Herdman could now experiment with the pacey, talented Laryea. With Johnston clearly a capable (and possibly more defensively sound) right fullback, might we get a glimpse of Laryea on the left to create a truly frightening tandem with Davies?

Johnston is a very important player to have around, and at his age he’s only likely to continue improving.