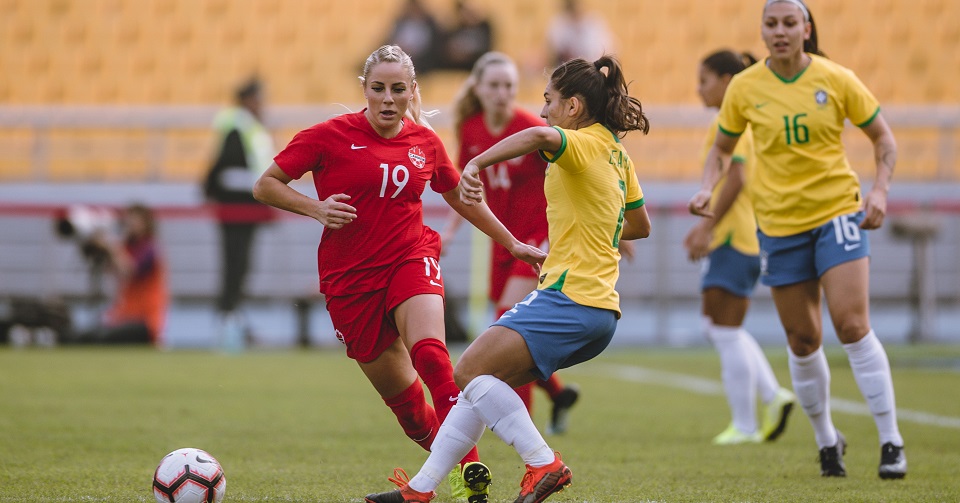 The Canadian women’s team is off to a poor start at the Four Nations Tournament in Yongchuan, China.

The Reds opened their account at the invitational competition on Thursday by a suffering a 4-0 loss to Brazil, marking the team’s second consecutive heavy defeat. Canada was coming off a 4-0 loss to Japan in an international friendly last month.

Bia Zaneratto bagged a brace for Brazil, while Chu and Formiga also scored for the South Americans.

“We are going through some adversity with our results and while we didn’t have a bad performance, we definitely made some mistakes that we shouldn’t be making,” Canadian coach Kenneth Heiner-Møller said.

At age 15 years and three months, midfielder Olivia Smith of Whitby, Ont., became the youngest international in Canadian women’s team history when she came in for Jordyn Huitema as a substitute in the 86th minute.

RELATED READING: CanWNT at Four Nations in China: A breakdown by the numbers

Captain Christine Sinclair earned her 288th cap for Canada in the loss.

Canada is seventh in the current FIFA world rankings. Brazil is 11th.

Next up for Canada at this tournament is a match versus New Zealand on Sunday. Host China beat the Football Ferns 2-0 on Thursday

“We need to get back on track, but we will make sure we get there. This match was important for us to assess players ahead of the Concacaf Women’s Olympic (qualifiers), so it was good to see some of our players up against a team with some of the best players in the world,” Heiner-Møller offered.

Canada has a record of seven wins, three draws and four losses in 14 international matches in 2019.