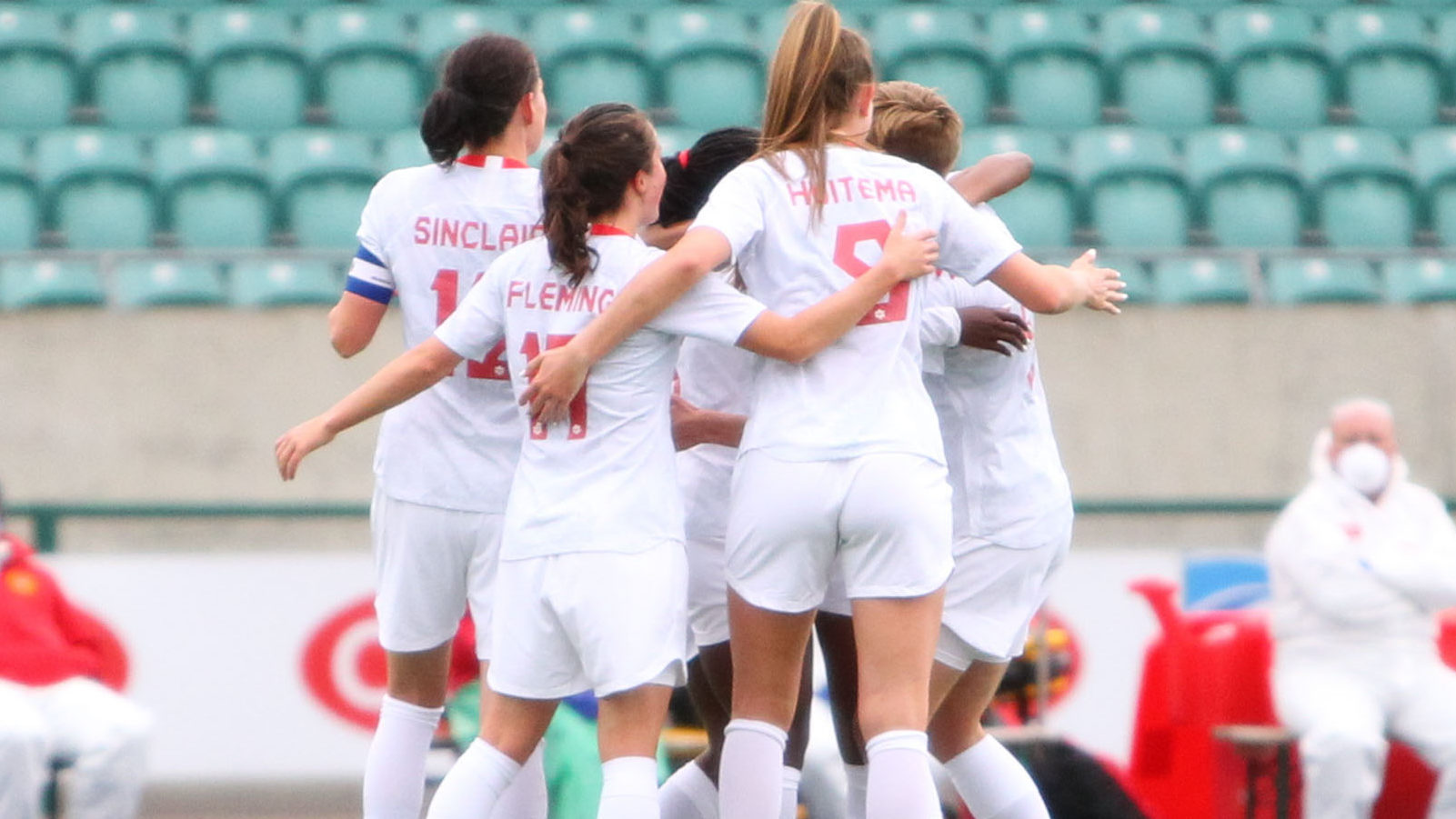 Bev Priestman’s side picked up a tidy 3-0 win over Wales. Deanne Rose, Evelyne Viens, and Jessie Fleming all scored for the Canadians on some nifty finishes.

Christine Sinclair left the match injured in the first half, marking a troubling return for international football’s all-time leading scorer after a year away from the Canada fold.

Canada’s next game is on Tuesday, April 13 vs. England (No. 6 in the world) in Stoke-on-Trent. The match can be viewed on OneSoccer.

Here’s Canada’s report card from their tilt with Wales.

Labbé was solid in a game where she was called on perhaps more often than expected. Confident coming out to challenge the Welsh attackers, the recent Rosengård signee grabbed a well-deserved clean sheet.

Essentially a wingback, Carle’s role was to create in the final third and she did well considering how narrow the pitch was in Cardiff. The 22-year-old looked great in space when afforded. Couple of solid crosses too.

Canada played through the Wales press to limited effect but, most importantly, they didn’t concede. Zadorsky was solid out of the back and came up with a couple of crucial interventions – especially at the end of the first half.

Few, if any, balls slipped past Gillies who was a cut above when facing the Welsh attack. Proved to be a threat from set-pieces on several occasions, too. Only raises her stock for a potential spot on the Tokyo Olympics squad

Lawrence was promising going forward and was tidy defensively as Canada’s right fullback… who shifted into midfield by the second half. Notched an assist with an impressive flick to Fleming. Went the distance, too, seemingly not tiring even in the game’s late stages.

Crucial in the transition play, Quinn was exceptional as a defensive midfielder with a tendency to stride out wide to cover space left by attackers. It’s there that they produced this incredible assist on Rose’s opening goal, lumping the ball from midfield to the box with ease. Canada’s star in the midfield. Subbed out in the 69th minute.

Quiet evening for the Winnipeg native who was solid as the more-subdued element to the starting midfield pivot. Subbed out after 53 minutes.

The Chelsea midfielder was absent in the first half but found more success as play opened in the second starting with, well, this goal. Given a few seconds in the box, Fleming will punish you. Solid long balls left stretching the Welsh defence out as well.

Canada’s bright spot in the final third starting with her 24th-minute volley that rattled the Welsh goal. Ultimately her pace was what found breakthroughs when the side struggled creatively, pulling opposing defenders out when getting the ball on a weak side. Subbed out after 53 minutes.

Few opportunities created for herself or others, it was a quiet afternoon for the PSG attacker. Taken off after 70-odd minutes.

Canada’s star was brought out of the game in the 33rd minute after coming up lame from a slide tackle. Ironically, Sinclair looked great as that withdrawn forward, constantly pulling out of Wales’ well-organized backline to press and link up.

Came off the bench in the 33rd minute at centre forward and scored her first Canada goal at the 57th minute with a breakneck finish. Good reaction times needed to score in tight games like this – as is Viens’ fearless charging at the backline. Nearly scored from outside of the box, too.

Beckie took up the wing with great effect. More solid dead-ball deliveries, too.

Arriving in the 53rd minute, Riviere kept a good pace in midfield.

Joined for the last 22 minutes and thrived in the extra space found in Wales’ midfield.

Good appearance off the bench for Grosso. Pace and creativity abound. Disrupted Wales well, too.

Lively cameo for the winger, who should have gotten an assist on a wicked cross to Viens and some good pressing too.