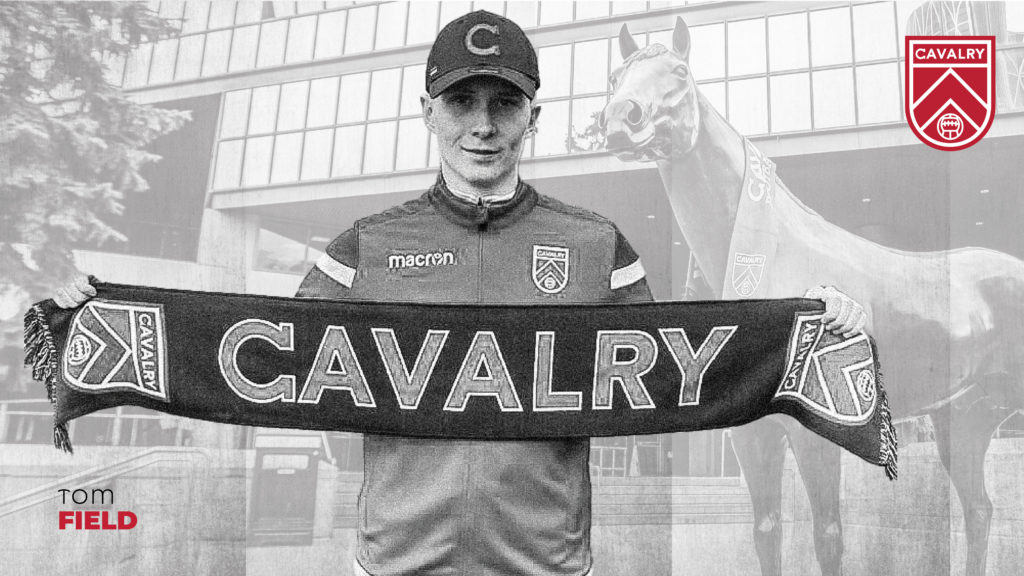 Cavalry FC newcomer Tom Field doubts many players in the British Isles would have the same reaction to coming to the Canadian Premier League as he did.

“I’ve been going to Canada since I was young – it seems that much more familiar to me,” Field told CanPL.ca from his home in England.

Members of Field’s family immigrated to Canada, specifically Toronto, in the 1960s and started a steel company, and the London-born fullback, who represented the Republic of Ireland at youth level, has “plenty of cousins” in Toronto. Now at age 23, he sees the CPL as the perfect home away from home to help relaunch his career, despite never travelling outside of the Greater Toronto Area on his Canadian visits.

“I can’t compare Toronto and Calgary because I have never been to Alberta but if the people are anywhere close to those in Ontario I’ll be happy,” Field stated. “I love it here, I even prefer it to England. That familiarity made it such an easy decision.”

Childhood visits to Canada dwindled as Field saw his footballing career take off as a teenager with English Championship side Brentford, his boyhood club. He went on to make 17 appearances in England’s second tier, a level few CPL players have reached.

A series of unfortunate shoulder dislocations – four, in fact – ended that run earlier than expected. A redemptive loan in 2018 at Cheltenham Town in League Two (fourth division) was ended by another shoulder injury. A recent move to Dundee FC in the Scottish second tier shuttered prematurely due to the COVID-19 stoppage.

“I’m not going to say injuries and these things stopped me, poor me,” Field offered. “I was lucky to play against top clubs such as Newcastle and Aston Villa and I did well; Brentford was a competitive team. Now, Rico Henry is in the left fullback role with Brentford and he’s the best in the league.

“I just can’t wait to go over there and like actually prove myself again. It feels like I had my chance, I took it – but then it’s all taken away from me, in my opinion – but that just makes you hungrier to come out.”

It’s fitting that Field, who can also play as a left midfielder, has found an adoptive home of Canada to help kickstart his career. The other draw to the CPL, according to Field, was the compassion shown by Cavalry gaffer Tommy Wheeldon Jr.

“I had few offers from various different countries. But when I talked to Tommy that just sealed the deal. He had watched my clips, was even talking about stuff I was doing when I was 15 and I thought, how on earth did you know about that?” Field said.

“That shows he’s really interested in me which means a lot.”

As for moving to Canada, Field said he’s shied away from checking the temperature in Calgary when he gets up in the morning: “My phone says it’s -20, of course, that’s in the middle of the night in Alberta, but it’s still hard not to get a shiver.”

Field is looking to get to know Canada a bit better – using the game of football to do so – and hopefully show a few friends back in England what it’s really like in the Great White North.

“I have been trying to convince my mates to go to Toronto in the summer on holiday for a couple years now but they’d say ‘oh, but it’s going to be snowing’,” Field said. “No one believed me so we never ended up going.”