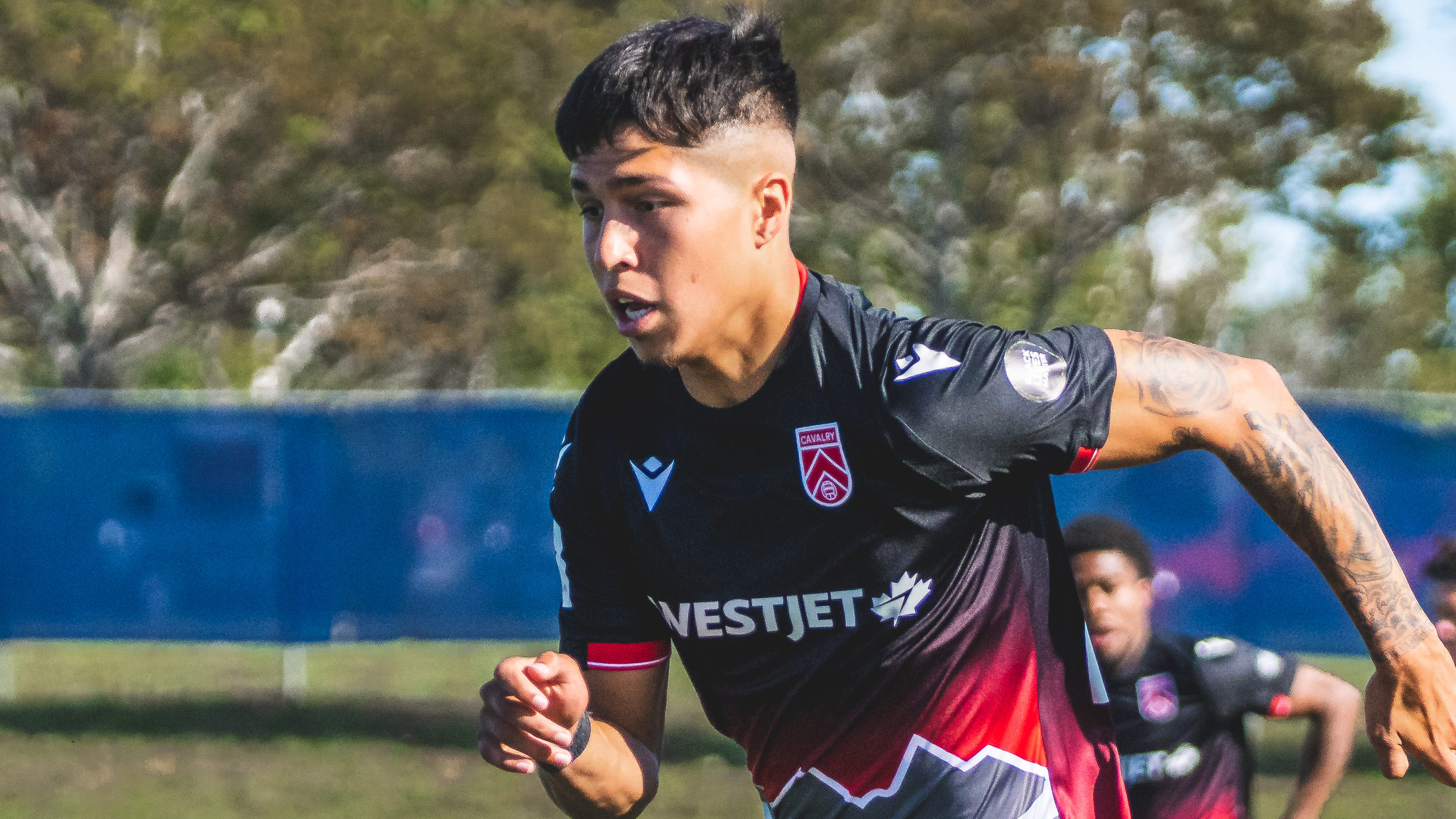 Many football professionals play EA SPORTS FIFA 21, but few – if any – are competitive like Cavalry FC attacker José Hernández.

Believe it or not, the 20-year-old Edmontonian is one of the best FIFA 21 players in North America. Currently ranked 69th on the continent, Hernández goes into the eCPL 2021 Own The North Finals presented by New Era representing — you guessed it — Cavalry FC after qualifying at an online trials event last month. Hernandez will play seven other gamers representing the other CPL clubs on Wednesday, April 14 at 6pm E.T. on eCPL’s Twitch account, @CPLSoccer on Twitter, and on OneSoccer’s YouTube page.

Hernández could be the first professional footballer to reach this level of competitive gaming, particularly in FIFA 21, where he’ll face real gaming pros like North America’s 15th-ranked GoalMachine, who will represent Forge FC.

“Some of these competitive players are saying ‘oh, you could be the first pro at FIFA and in real life’ and I just kinda laugh it off,” Hernández said.

Hernández, a Vancouver Whitecaps youth product, joined CPL’s Pacific FC in 2019 and made 19 appearances before switching to Cavalry for the 2020 season, making three appearances at the Island Games.

Off the pitch, Hernández has quietly amassed a community of fans on Twitch, streaming his gameplay as, well, a professional footballer playing a football video game at a top level — a rare feat that has attracted FIFA pros and cultivated a fanbase.

That following led him to some of the best FIFA esports players in North America because, well, he’s a professional footballer — and he was good. After defeating a member of the esports team Complexity Gaming in a bizarre come-from-behind game, more FIFA competitors began to challenge this real-life pro.

“It gives me such good top-level practice and so much confidence — it’s like anything, you need to play the best to be the best,” Hernández began. “You come away saying ‘if I can beat the fourth-ranked player in North America, who knows how far I can go?”

Hernández, who often squares off with Sporting Kansas City esports athlete and fourth-ranked Lamps, quickly dives into his gaming mantra: “It’s like real life soccer: I don’t fear anyone going into a game. I also have my own saying when I play — patience, persistence, and composure.”

Hernández adds Spruce Meadows’ internet speeds aren’t up to snuff for a stream in the Cavalry locker room or on the pitch – but the Cavs have shown their support in different ways.

“When I started talking about playing video games, I don’t think any of my teammates took me seriously,” Hernández said with a laugh. “But after I qualified through the eCPL they were congratulating me — I guess I’m serious to them as well.”

Hernandez will compete against seven other gamers representing the other CPL clubs Wednesday in the 2021 eCPL Final. The winner of Wednesday’s final will win $2,000 CAD and the right to represent Canada at the North America Playoffs on the road to the FIFA eWorld Cup. A PlayStation4 Final will be played next week on Wednesday, April 21.

👉Catch the Finals live at 6 PM ET on the eCPL Twitch account.