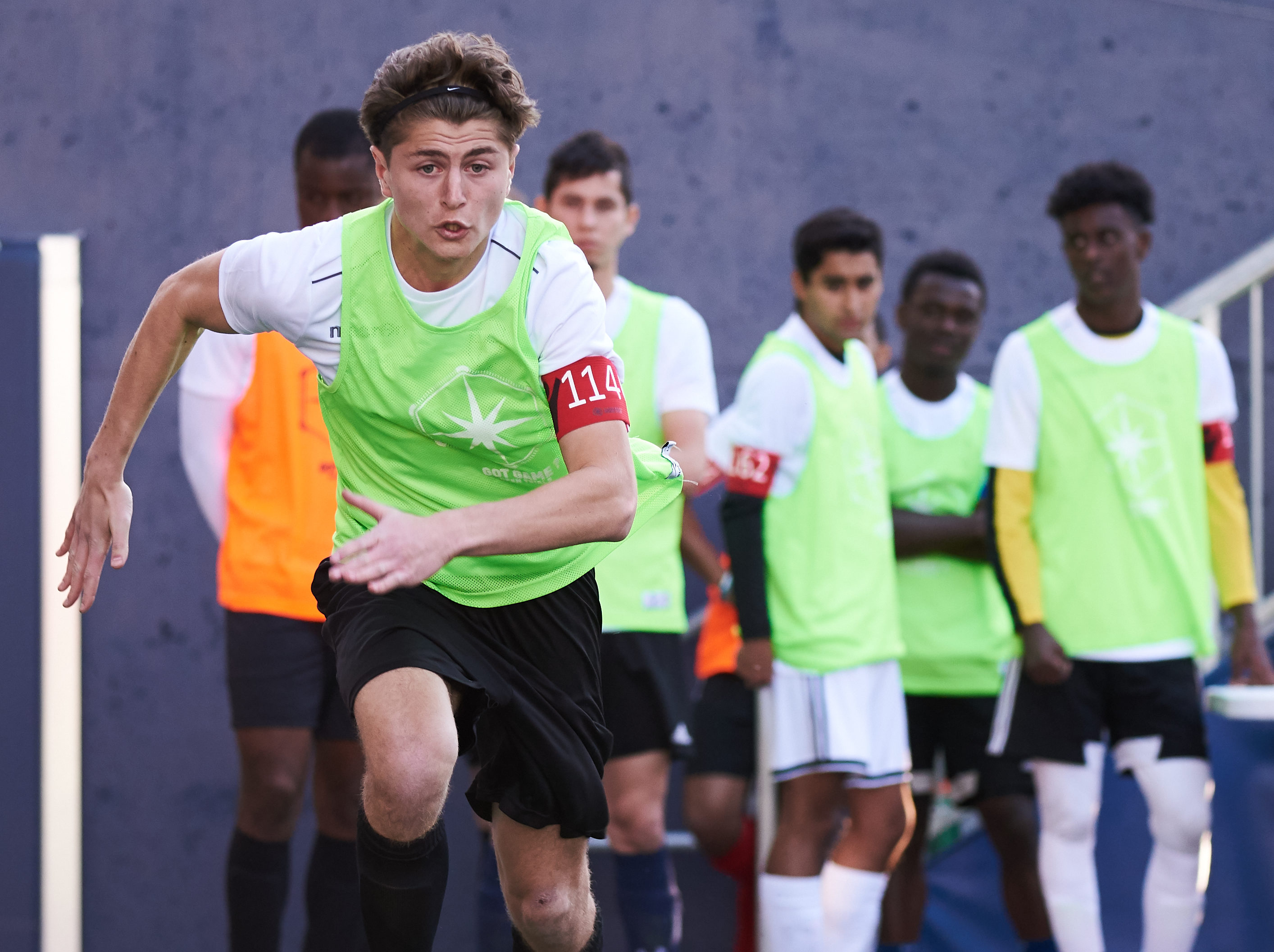 The Canadian Premier League’s youngest goalscorer is also its youngest to be sold to another club.

Attardo played 1,049 minutes and scored six goals in all competitions last year for Valour after initially drawing interest from the CPL club during the Winnipeg open trials as a 16-year-old in the buildup to the 2019 season.

Attardo’s story proves the CPL player pipeline works to incredible effect. To go from a teenage trialist to CPL star to moving on after one season is an unbelievable accomplishment.

Now that Attardo is on his way to Chile, CanPL.ca can’t help but ask, “who’s next?”

Which young CPL player will be the next to follow in his footsteps by being sold to another club?

The CanPL.ca team of Marty Thompson, Charlie O’Connor-Clarke and John Molinaro weigh in with their picks.

Jeff Paulus said it best: “It’s only taken me 27 games to figure out I’ve got a winger.”

Prince Amanda arrived on the scene of the second-last game of FC Edmonton’s 2019 season with a beautiful goal, cutting in on Pacific FC defender Blake Smith before sliding the coolest of finishes into the near-bottom corner. The 18-year-old also contributed an assist in that match, giving coach FCE coach Jeff Paulus something to think about ahead of the 2002 campaign.

Amanda has the ability to be the face of Paulus’ Academy project. Joining the FC Edmonton Academy in 2015, Amanda has grown into his technical ability; six-foot-one, pacey, with a knack for key dribbles and a quality crosses.

With highly-touted winger Raúl Tito joining the fray, we’ll likely see the Eddies revert to Paulus’ preferred 4-3-3 – something Amanda would more than benefit from on the right side.

As for being sold on, we know Paulus has no reservations for getting players onto the next level. Take Amer Didic’s pre-season stint with Vancouver Whitecaps, for example, something the Eddies coach has said he wanted for Didic.

It’s about improving then moving players like Prince Amanda. He has the right platform and the potential to do both.

I understand this is a bold choice — some might even say a nonsensical one — given that Sissoko has yet to play a CPL game. But, if we’re looking for someone that could match Attardo’s path, beginning as a relative nobody and ending up transferred abroad after just one impressive year in the CPL, then we can’t exactly pick someone heading into their second season, can we?

Sissoko is a little bit older than Attardo, at 24 years old, but he hasn’t broken out as a professional, although he was dominant for the University of Montreal Carabins, winning the U SPORTS player of the year honour in 2019. Like Attardo, Sissoko has had trials abroad (in Sweden, rather than Attardo’s training stint in Italy).

Wanderers midfielder Abou Sissoko is returning to Halifax after an excellent trial spell with @WhitecapsFC.

He also just returned from Vancouver Whitecaps pre-season, where he was invited to trial with the MLS club. It doesn’t seem to have worked out, but Sissoko now has a full season in Halifax to look forward to, where he’ll certainly have ample opportunity to display his skills at a higher level.

It’s an unconventional choice, and I certainly can’t be confident Sissoko will immediately be a star in the CPL. The other picks in this article are probably safer bets. Still, if you’re looking for the next name you haven’t heard that turns into a league regular in 2020, look no farther than Sissoko.

Diyaeddine Abzi was one of the breakout players of the CPL’s first season. After toiling in relative obscurity with A.S. Blainville in the semi-pro Première Ligue de soccer du Québec, the young left fullback signed with York9 last February and quickly established himself as a key starter and contributor for coach Jimmy Brennan.

Abzi made 24 appearances during the 2019 regular season (21 as a starter), and he proved to be one of the league’s brightest prospects. He ranked in the top 10 per cent of CPL defenders in several key “per 90 minutes” passing and defending categories, including key passes, line-breaking passes, interceptions, blocked shots, and successful passes.

It’s little wonder Abzi, a technical fullback with great speed and solid defensive ability, was a nominee for Best Canadian Under-21 of the Year.

I expect Abzi to be named to the Canadian men’s roster for the upcoming Concacaf Olympic qualifying tournament, and I’ve also been told that he’s on the radar of senior men’s team coach John Herdman. Beyond that, it wouldn’t surprise me to see a club from outside the CPL to make a transfer move for him at some point. At just 21 years of age, Abzi’s best years are ahead of him, and his ceiling is very high.