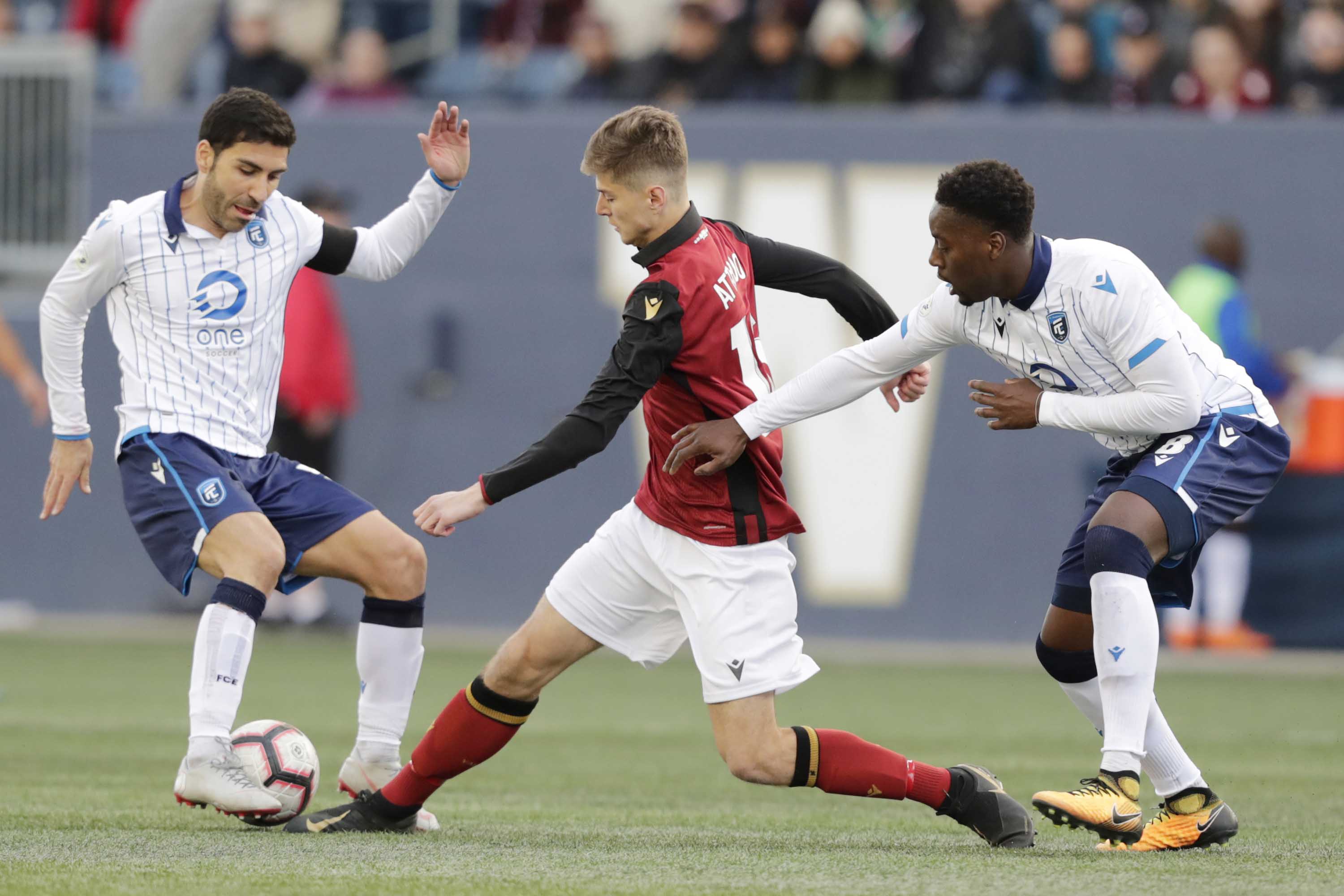 Tyler Attardo stepped onto the turf at IG Field about 16 months ago for the Canadian Premier League’s open trials with one singular objective in mind: He wanted to somehow stand out among the 200-plus attendees and open enough eyes to just get his foot in the door as a professional.

Consider the last year and a half as mission accomplished, then.

Yes, fast forward to the present and the 18-year-old Winnipegger/Valour FC forward has made history as the youngest player in the CPL to be transferred to another club – Chilean club Fernández Vial S.A.D.P. of the Segunda Division – for an undisclosed fee.

“It’s really exciting,” began Attardo in a conversation with valourfootball.club. “To think it’s only been my first year of professional soccer and all this is happening is pretty crazy. Last year I was still in high school… it doesn’t seem too long ago. It’s been a short year, it seems like.

“But I’m staying focused and staying humble because as much as I’m getting opportunities now it can all be taken away if you lose focus. I’m just working on my preparation and being ready.”

It’s that last answer, and the maturation and big-picture objective behind it, that has already served Attardo so well. He’s proven to be not only a reliable and respected teammate, but the kind of player who observes and applies quickly.

Combine that with his age, his size – 6-1 – and his touch around the box and it’s an intriguing package.

It should be said that in many ways, the East St. Paul/River East Collegiate/FCNorthwest-Winnipeg Phoenix FC product – the youngest player to score in the CPL’s early history – has become the shining light for everything Canada’s emerging pro soccer circuit is all about.

“It’s an awesome story on every level,” said Valour FC GM and head coach Rob Gale. “Here’s a boy who was playing local youth football less than two years ago. We knew of him and knew we were going to have a look at him. But he came to the open trials, did exceptionally well there as a standout performer and then signed for his local club as a great unknown. Then he has a great impact on the league and out-performed people with higher resumés.

“I’ve got to say it’s an absolute credit to the boy. We felt like we would try to manage him as best we could and not put too much expectation on him, but with hard work and keeping his head down with an absolute desire to improve and learn every single every day with no fuss… a lot of other people in the league could learn from him. It just showcases that if you work hard and you want to improve and you have that desire then anything is possible.”

Attardo credits the guidance of his agent/trainer Nano Romero and the support of his family and many of his Valour FC teammates last year – particularly Jordan Murrell, now of the Las Vegas Lights – for his rapid adjustment to life as a pro.

“He looked out for me, whether it was on the field training or not,” said Attardo of Murrell. “There were times when he was defending me and he’d say, ‘What are you doing? Think about where you are right now on the field…’ He was always helping me with my positioning, guiding me and off the field in the dressing room if he saw something I maybe should be doing differently.

“Sometimes you hear things and you might not think they’re important at the time, but you’ve got to listen and pay attention. There will be situations that pop up where you’re going to need that information. Last year I went in and took everything from everybody… whatever somebody could tell me that might help me out, I soaked it all in.”

“(His first year with Valour) has given me a lot of experience,” he added. “It’s made me more comfortable with everything that comes with being a professional in general, not just everything that happens on the field, but the whole environment. It’s how to act, how to do things, how to present yourself in a public setting.”

Here’s the thing about Attardo: those who have been around him also know he’s not going to spend more than a nanosecond fixating on all this attention for what he has already accomplished. It’s the road ahead, and wherever it might lead him, that matters most now.

“I’ve looked back a couple of times and thought of the past year, and even further than that about getting to where I’m at,” said Attardo. “But I haven’t really got stuck in the moment too much or gone back to look at it too much because I still have lots I want to do, lots of places I want to go and things I want to accomplish. I don’t want to get too comfortable or stuck in the moment because then I might miss what’s in my future.”

Attardo attended the residency program of Italian club Chievo Verona as a 17-year old and also spent time training with Rangers de Talca in Chile. So, as much as he has enjoyed wearing the colours of his hometown squad, he’s also keen on  seeing how the next few chapters in his pro career will unfold.

And that’s a long way from the his two-day CPL open trial when he was handed a fluorescent bib and an opportunity.

“Looking back, I remember coming into it that it seemed like a lot of people didn’t look at it as a true opportunity,” Attardo recalled. “For me it was the preparation that went into it that was important for me. Nano, my agent and trainer for a long time with the 1v1 program really helped me get ready for it.

“They told you straight up, ‘This is a trial. Take it seriously.’ We went in there prepared and ready to give it everything I had and that’s what happened. We took the opportunity and seized it.”