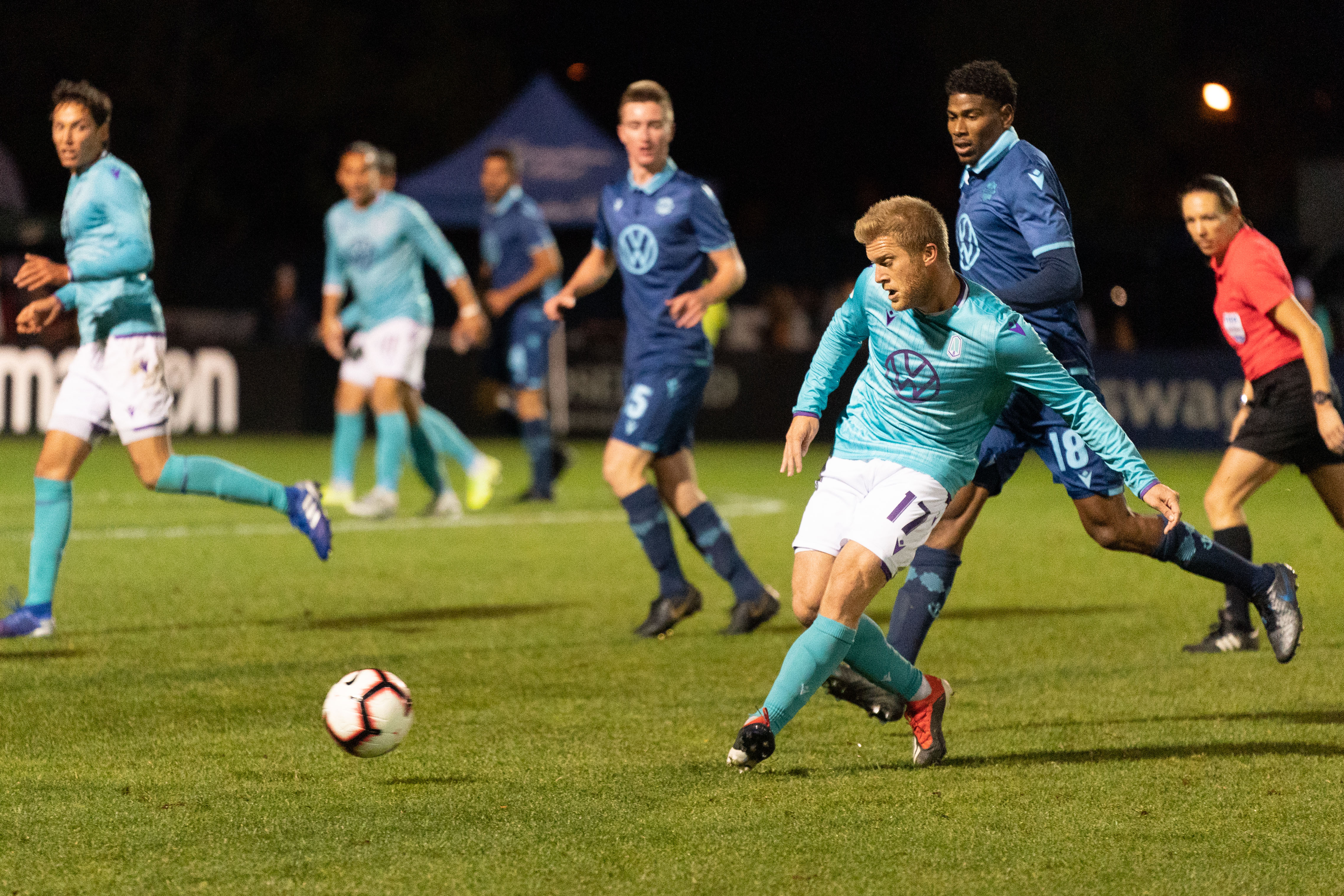 There’s nothing more entertaining in soccer than an organic rivalry.

It’s why we were all so glued to the OneSoccer stream in 2019 whenever Forge FC lined up against Cavalry FC — two clubs with talent in spades, duking it out in physical games filled with both goals and hard tackles. Of course, some of global football’s best rivalries are based on geography: Scotland’s Old Firm, for instance, or Boca Juniors versus River Plate in Argentina.

When the Canadian Premier League’s new club in Ottawa begins play in 2020, it’ll have a couple options for logical regional rivals. York9 FC will be closest, but they’ll also have HFX Wanderers FC to the east, and Forge FC not much further west than York.

Sometimes, history plays a role as well; the titans of El Clasico don’t share a city, but FC Barcelona and Real Madrid do share decades worth of bitterly competitive conflict. By that argument, Ottawa’s natural foil in the CPL will be FC Edmonton.

So, who will it be? Each member of CanPL.ca team has its take on who might have the most bad blood with Ottawa in 2020. With that in mind, John Molinaro, Armen Bedakian, Marty Thompson, and Charlie O’Connor-Clarke are here to make the case for one CPL opponent.

Whatever you call it, the Ontario tri-rivalry between Ottawa and 905 Derby contestants York9 FC and Forge FC will bring the best matches. Think about it. In an eight-team league, the relative proximity of these teams will be an away match players and fans will be up for – the first close grouping of CPL clubs in the league’s history.

Players on York and Forge are already looking forward to the trip as a less-taxing away leg. Any former Fury players that make their way onto the CPL side will see it as such, too. Plus, less commuting will ultimately breed more entertaining showings from the away sides, something we saw less of in 2019. I see this as a recipe for some hard-fought contests.

Now, which club will emerge as the ‘bitter rival’? Possibly York9, if a few of their released players find a home in the nation’s capital. Or will Forge be upset by the expansion side early, echoing the vex Bobby Smyrniotis’ group had with Halifax from matchweek 2 last season?

No matter what pro sports league we’re talking about, expansion clubs almost always struggle in their first year. I appreciate that this Ottawa side will be able to rely on the expertise of Club Atlético de Madrid in building its roster. But at the end of the day, the new Ottawa team is starting from scratch and will only have a short period of time to cobble together a squad.

I think Ottawa will struggle for results on the pitch in 2020, and will be a likely contender for the “Wooden Spoon”, which is awarded to the team that finishes bottom of the combined league standings. HFX Wanderers FC took home the spoon last year, and with so much player turnover in Halifax this off-season, Stephen Hart’s side could could be in contention for the “honour” once again. That makes a them a natural rival for Ottawa, as both teams will duke it out to avoid being given the “Wooden Spoon.”

And let’s not forget that HFX Wanderers FC played the Ottawa Fury in the quarter-finals of the 2019 Canadian Championship. A lot of those Fury players have moved on, as have a number of the HFX players who featured in that two-legged series. But a few players from both sides could feature prominently in the CPL this season, building upon the budding rivalry that began in earnest last July when the Wanderers and Fury butted heads.

Hear me out, because I know it’s a little odd for your biggest rival to be more than 4,000 km away from you. Still, aren’t the best football feuds born of competition on the field? Pacific looks set to be a very dangerous team in 2020, with the additions of Marco Bustos, Alejandro Diaz, and — of course — Jamar Dixon and Thomas Meilleur-Giguère.

It’s the latter two who make this one interesting. Former Ottawa Fury players both, they’ll be a pair of strong ties between the two clubs. Dixon and Meilleur-Giguère were loyal servants to the former USL side, and they look set to be major pieces of the Pacific squad in 2020.

I’m not saying Dixon and Meilleur-Giguère will harbour any bad blood for the city of their last club, but familiarity has been known to breed resentment. If the new Ottawa team ends up signing any of their former Fury teammates, that’ll make the connections even stronger.

We don’t yet know how the schedule will shake out for 2020, but it’s not like these two teams won’t see enough of each other. One hard Jamar Dixon slide tackle, et voilà: A rivalry is born.

Rivalries are not made, they are born.

It takes time, and history, and memorable moments, and unforgivable incidents, and so many other organic factors that to even field this topic is stepping into the domain of the premature and trampling over the best part of this sport: the unknowable.

Ottawa’s rivals could literally be as simple as York9 FC due to proximity; it could be FC Edmonton on previous sporting history; it could even, as Charlie points out, be Pacific FC, on solely the merit of familiar faces clashing again.

Or, it could be Valour. Why couldn’t it be? What if Rob Gale’s side manages to rule out Ottawa’s star player via an unfortunate injury just one month into the season? Or, what if the two endure a heated 90 minutes of football riddled with yellow and red cards? What if, post-match, the coaches trade barbs in a manner hitherto unseen in the CPL? Would fans of “the Depositors” really take too kindly to such grievances a couple weeks later, when they square off once again?

With all that being said, the only real rivalry that emerged in 2019 was between Cavalry and Forge; that was the result of two juggernauts vying for supremacy over three competitions and nine total matches. If Ottawa’s looking for a rival, it’s probably not going to happen in 2020.