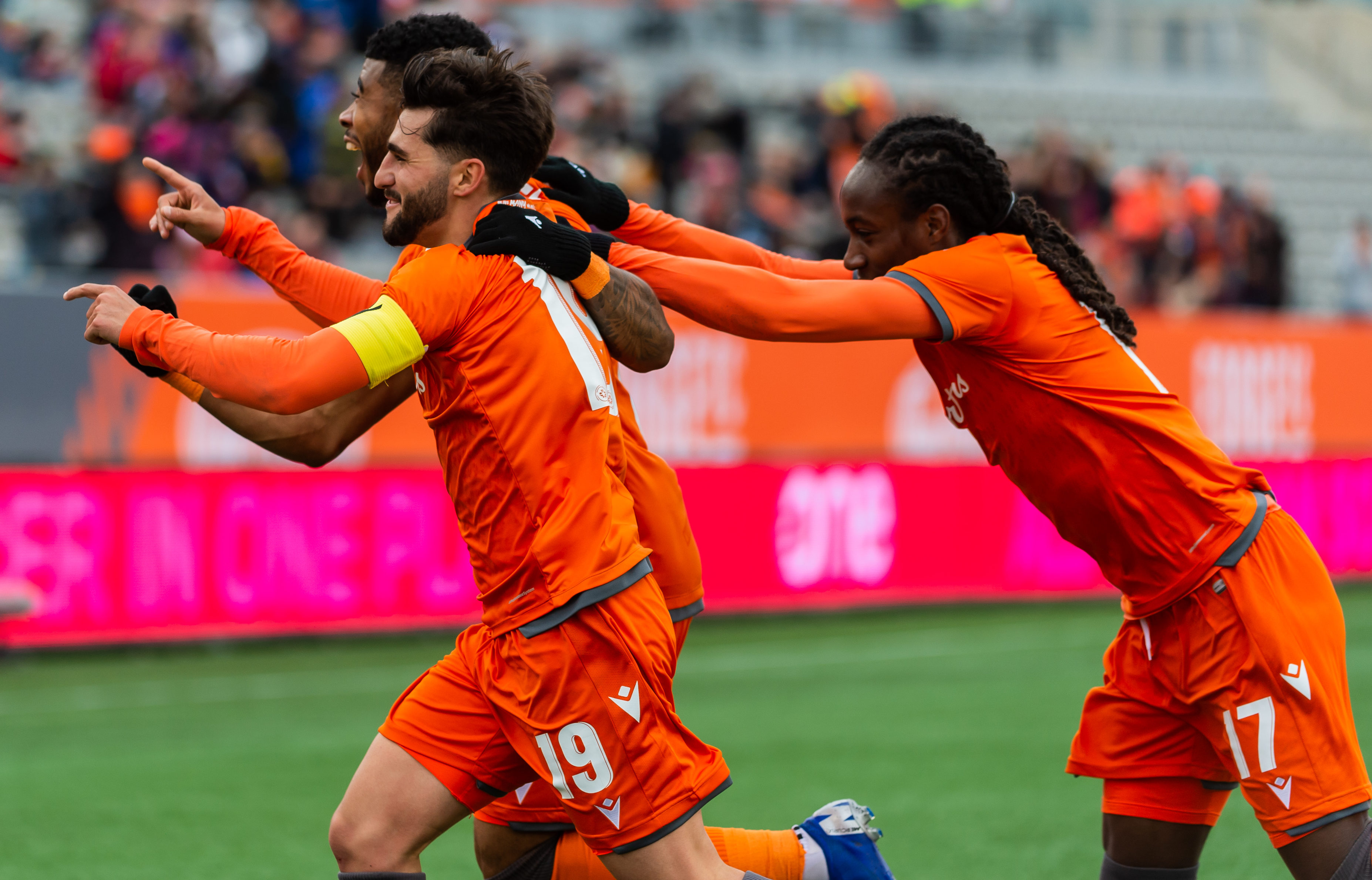 The 2019 Canadian Premier League season is approaching its conclusion, and as such, it’s getting to be around that time where end-of-season accolades and individual honours are bestowed upon their rightful recipients … and no award is more clear-cut than the Golden Boot, given to the league’s top scorer.

It’s the simplest number equation in football; which player scored the most goals? But, with matches remaining down this final stretch, the answer to that question isn’t quite so clear-cut. Who will win the 2019 Golden Boot? CPL Editorial weighs in.

Marty Thompson: One goal ahead with as many matches played, Forge FC’s Tristan Borges sits with a substantial advantage considering how few matches remain.

Borges has earned that advantage as a more dynamic attacker than his Golden Boot competitor. Whether up close against HFX or via long attempts against Valour FC, Borges can come close from just about anywhere on the pitch. Campbell, on the other hand, hasn’t scored outside of 12 yards across his nine markers this Fall season.

Borges stands a better creator, too, rather than a pure finisher. In the 97th percentile for CPLers in key passes per game (2.22) and shots (3.13), Borges is active in more goalscoring plays than most others in the CPL, including Campbell, regardless if he scores or not.

Sure, Pacific FC are set to take on easier opposition to close out the season: Forge will play Cavalry FC in two of their final three league matches. However, the other match comes against York9, a club Borges as scored on in three-straight matches.

To me, Borges is the best finisher in the league – shooting with pace, on the run or cutting inside, this 21-year-old can do just about anything with his left foot. Therefore, a golden boot would be well-deserved to who has proven the best pure goalscorer in the CPL.

Charlie O’Connor-Clarke: Terran Campbell may be one goal back of Borges right now, but it’s hard to bet against Pacific’s reliable centre-forward.

For one, he’s much healthier than his competition; Campbell has been fit enough to start all but one of the Tridents’ matches this season, playing more than 80 minutes in 14 of 15 Fall season games. Borges, meanwhile, has been beleaguered with injuries all year, especially in the last few months (full credit to him, it hasn’t stopped him from scoring).

With three games to go in the Fall, Borges may rightly be more focused on recovery ahead of Finals 2019. He told me after Sunday’s 905 Derby that “it’s been rough” trying to shake off injuries, so it wouldn’t be stunning to see Bobby Smyrniotis try and preserve his best attacking player in the next couple weeks.

Campbell, whose side won’t be appearing in the end-of-season spectacle, has full license to chase that personal accolade. Pacific’s final three opponents are HFX Wanderers, FC Edmonton, and Valour (average 1.54 goals against per game), which is a more favourable run-in than Forge’s two dates with Cavalry (0.6 against per game) and York9 (1.6).

Talent-wise, Campbell’s edge over Borges is his ability in and around the six-yard box. His physical dominance in the box is unmatched by any CPL forward, save perhaps Easton Ongaro. Yes, Borges is the better playmaker and he covers more ground, but getting into the right place at the right time is Campbell’s bread and butter, which is why he’s the go-to pure goalscorer on Van Isle.

Armen Bedakian: With respect to Dominique Malonga (9 goals) and Oliver Minatel (7 goals) of Cavalry FC, Akeem Garcia (7 goals) of HFX Wanderers FC, and Valour FC’s Marco Bustos (7 goals), there’s one player in the mix who has the potential to bag the goals needed to clinch the Golden Boot … and that’s Eddies striker Easton Ongaro.

What does he need to do in Edmonton’s final two matches against Pacific FC and Cavalry FC to grab it, you say? Well, he needs four goals in two games, mathematically.

But, in spirit? All he has to do is channel the many, many come-from-behind underdog sporting stories told throughout time and in cinema, and score a hat trick in both matches.

This writer figures a 2019 season with a single hat trick (hey-o, Rodrigo Gattas of York9) isn’t quite gonna cut it. Ongaro, if you’re reading this, your mission is clear: three goals apiece against Pacific and Cavalry, no matter what the cost. Make it happen.