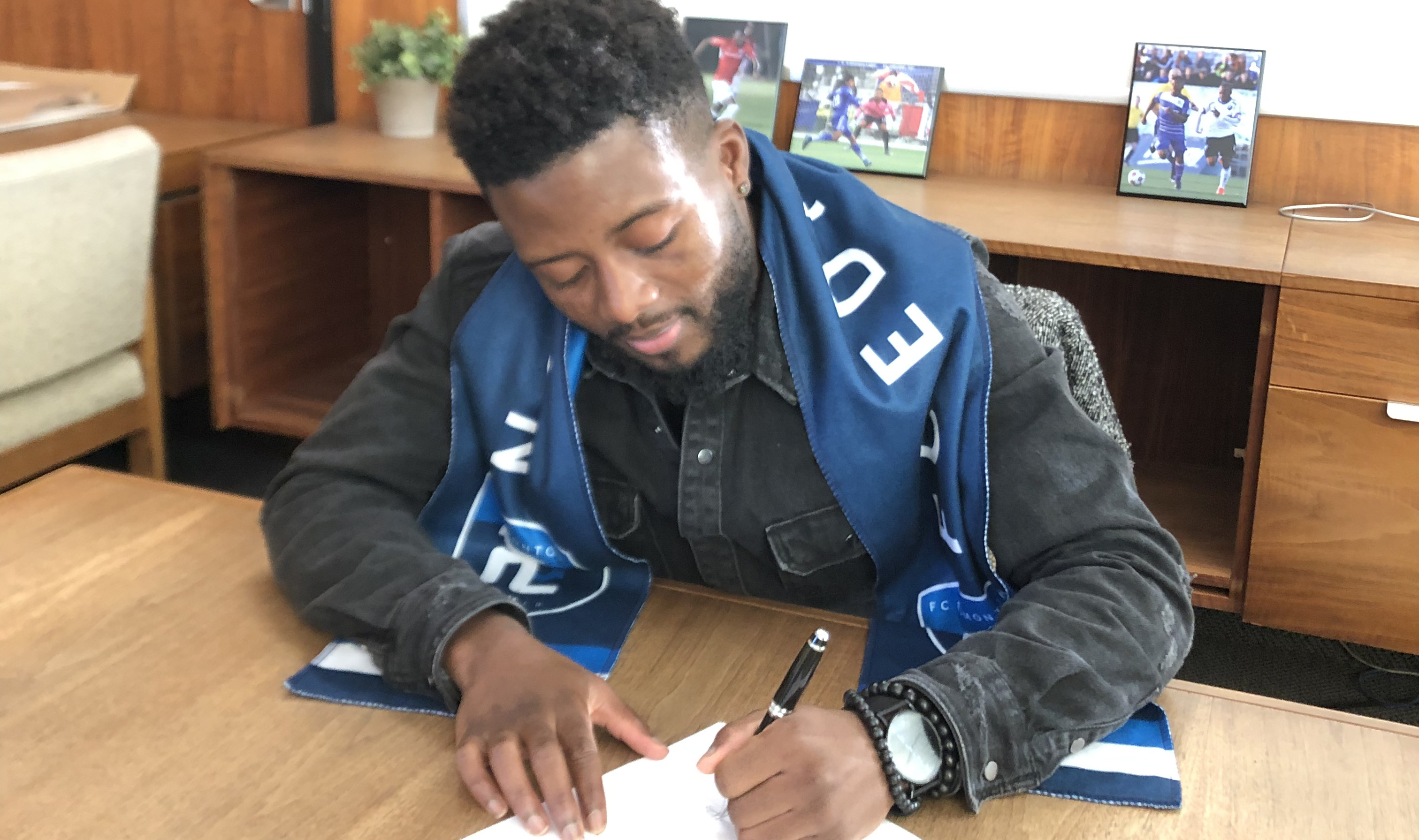 Boakai, 23, returns to Edmonton following a five-year spell in Europe with clubs in Sweden, Romania and Finland, where he enjoyed an excellent 2018 season.

“He’s a kid with that special ability on the ball,” FC Edmonton interim GM and coach Jeff Paulus said of Boakai.

“When you look at the league and you see the impact of a (Tristan) Borges or a (Marco) Bustos-type player, now we’ve got that kind of player at this club. Hanson Boakai is that player. He’s incredibly gifted on the ball, and his centre of gravity is low, making him hard to knock off the ball.”

His most recent stint with Inter Turku in Finland saw Boakai struggle with injuries, but back healthy, he returns to Edmonton ready to slot into the FC Edmonton attack.

Boakai is fondly remembered by the Edmonton faithful, of course, particularly for his 2014 Canadian Championship performances. He shone brightly at a young age, and nearly put the Montreal Impact to the sword in that iteration of the competition, if not for a 97th-minute penalty call that went against the Eddies in Leg 2 of their semifinal series.

Highly-touted, he was also once described as the “Canadian Messi” by one reporter from Croatia, ahead of a potential move to Dugopolje.

He now returns to FC Edmonton to play for his ex-academy coach Paulus.

“This league that’s here now, if it was here then, it would have been great for me,” Boakai said. “I’m kind of upset because they didn’t bring this earlier! If this league was there back then, there’s no need for players like me to try to go abroad because we have our own league. It would have been really, really good for me. It wasn’t there then, but it is now, and I think now’s the time.”