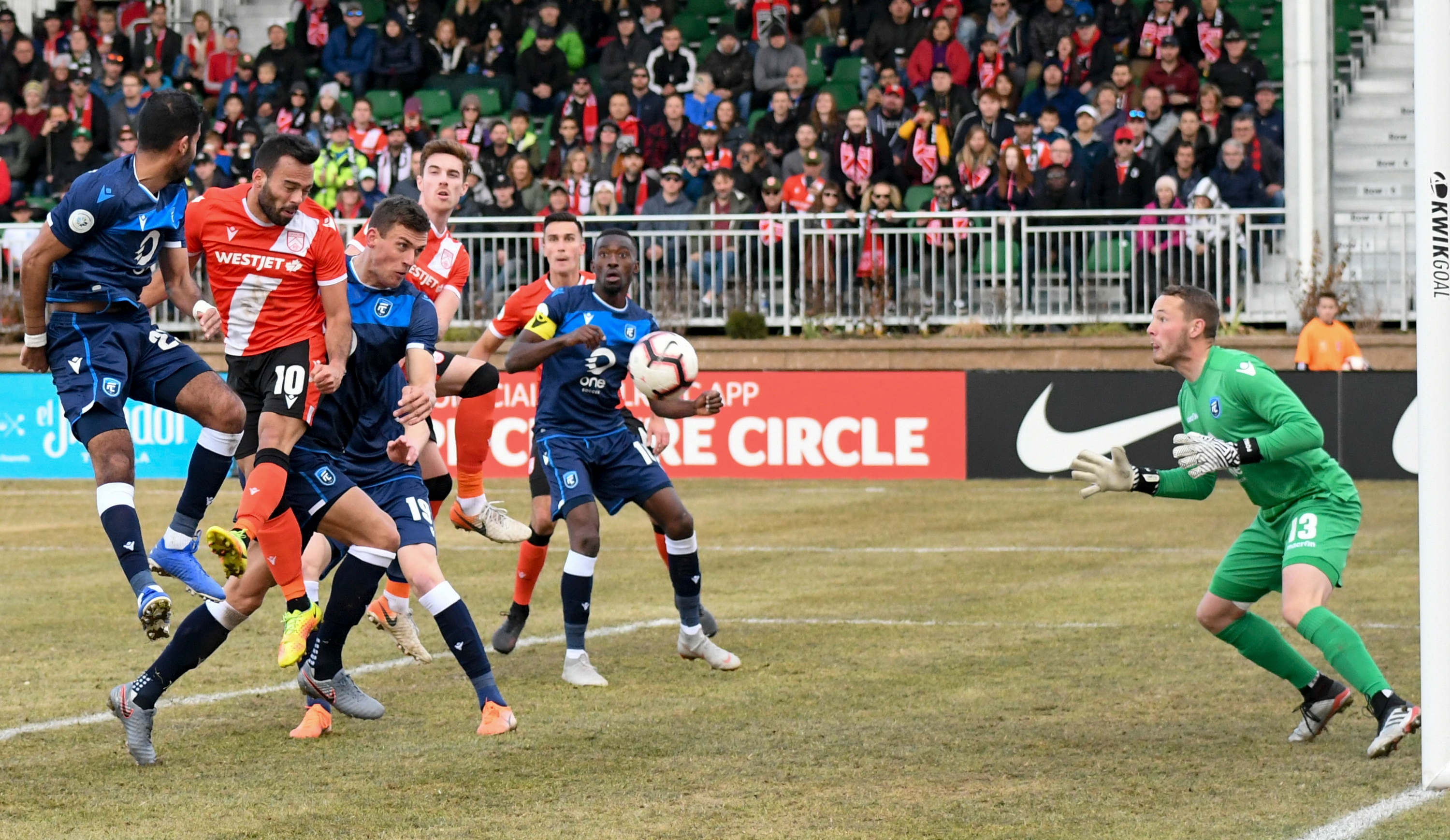 EDMONTON – On Monday, FC Edmonton Jeff Paulus will be holding a round-table session on tactics with his players. They’re going to look at videos and go over formations.

Except, the term “round-table” isn’t being used in a literal fashion. The players and coaches will be linked — via their electronic devices — from their homes. They’ll be communicating with each other, but not in person.

That’s the new reality of soccer, ahem, “training” in the time of COVID-19. The Canadian Premier League announced Friday that the planned April start of the season would need to be postponed. All eight teams are in holding patterns when it comes to their training camps.

Right now, FC Edmonton, even if the players wanted to train, wouldn’t immediately have a solution, as city-owned facilities such as Clarke Stadium are closed. The Edmonton Soccer Dome is also closed to the public.

“Right now, it’s not about ‘what if?’” said Paulus, who is also using some of his unexpected free time to work on his MBA. “Right now the on-field stuff doesn’t matter.”

That being said, his fitness team is planning a number of sessions that will be held virtually, with players joining in from their homes. Of the players currently on the Eddies’ roster, all are still in Edmonton, with one exception. Winger Raul Tito is in Peru, having yet to join the FCE camp.

Paulus said the team did not want to fly the player to Canada, where he’d have to face quarantines.

“This is a player who doesn’t speak English,” Paulus explained. “So, to be stuck in a hotel room in an unfamiliar situation, and he doesn’t speak the language, that would be unfair. We have to think about the mental health of the player.”

As for Paulus, it’s not just soccer that he misses. It’s all sports. He misses watching his beloved Toronto Maple Leafs. He said that, when he was young, he never went out on a Saturday night until after he’d finished watching the Leafs game on television.

It’s no secret that he’s a massive Liverpool supporter. He said he misses basketball, tennis, qualifiers for the Olympic Games.

“It’s a time like this when you recognize what a major impact sport has on our lives,” he said.

Meanwhile, his players are finding ways to fill the time. Goalkeeper Dylon Powley just made a video to be shared with Free Footie, the Edmonton program that offers soccer free of charge to underprivileged youth, a program which, for a brief time, had a young player Alphonso Davies in its midst. Paulus said more videos will come in the future from FCE players.

The question looms: When word comes that CPL teams can start training again, how much of a training camp does Paulus think clubs will need in order to get going?

He said that with the break, players will lose any of the benefits of the two weeks of training camp they were able to get in before the pause for COVID-19. Basically, they’d all be starting over.

Why? Because soccer is what Paulus called a “recovery game.” Over the course of 90 minutes, players burn a lot of energy in short bursts, then recover, then go full-bore again.

“The idea that you can be fit for soccer by running a lot is a myth,” he stated.

Put it this way, instead of going for a distance run, you might be better off running like hell on a treadmill for 45 seconds, then getting off, recovering, then going like hell again. That’s what better replicates the soccer experience — at least in your den.

And the only way to really get players set for 90 minutes is through several weeks of on-field training.