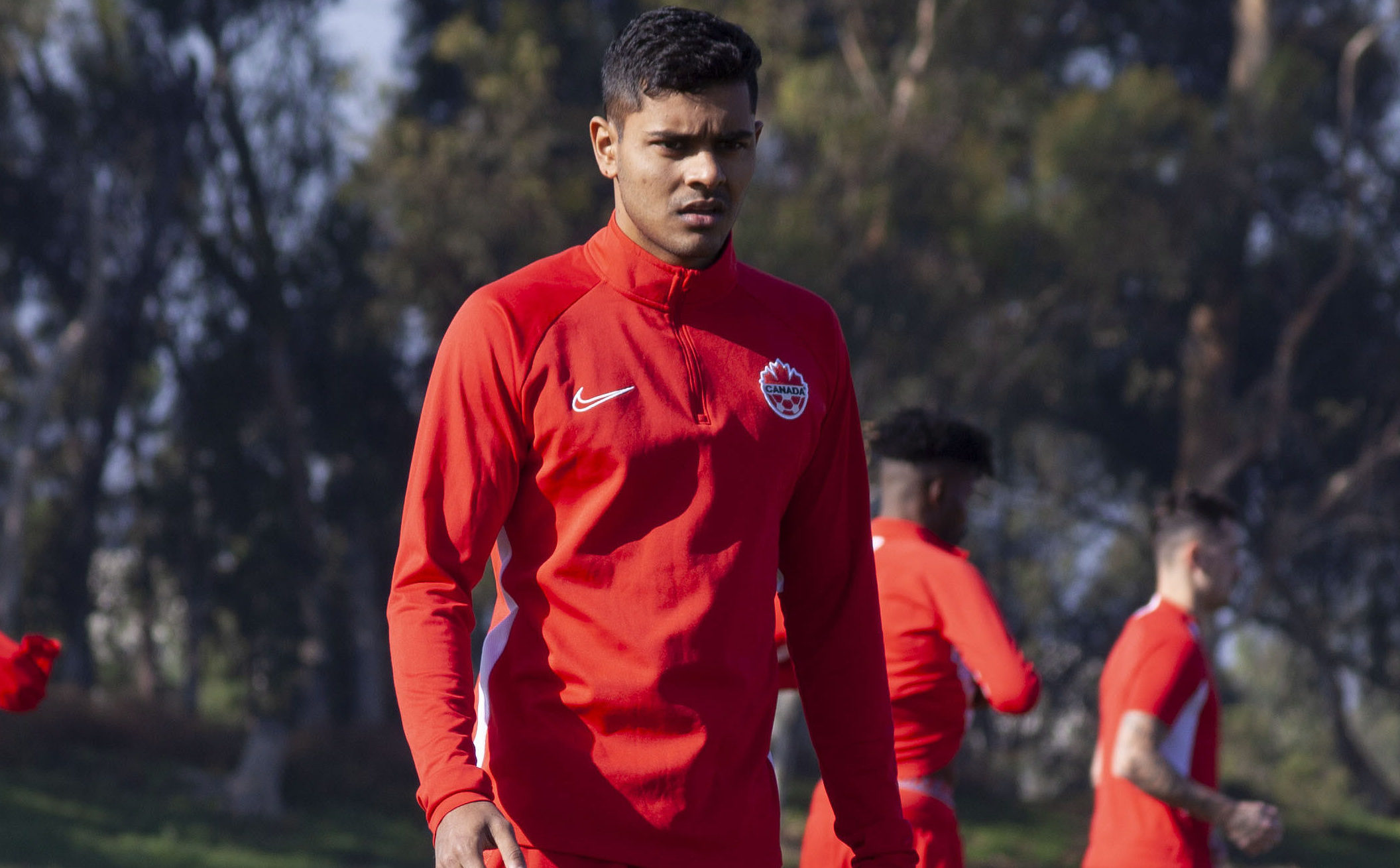 Canada Soccer will reveal its final 20-man roster for the 2021 Concacaf Olympic qualifiers next week, having chosen from the wide pool of players available — including the 50-man shortlist revealed last week.

With 11 Canadian Premier League players in contention (12 if you count Cavalry FC’s loanee from CF Montréal, Karifa Yao), the league could have a few talented players on the Canadian team set to compete at the qualifying tournament in Mexico later this month.

One of the CPL’s best hopes for representation in the squad is likely Shamit Shome, a marquee young signing for FC Edmonton this off-season. The 23-year-old midfielder has 43 games in MLS to his name from his time in Montreal (80 professional appearances total), and he recently returned to his hometown to help lead the new-look Eddies in the CPL.

Shome, who played twice for the senior national team last January against Barbados, is probably one of the most experienced players on the 50-man shortlist, and so he’ll likely be seriously considered for a role on the final roster.

“Even being on the 50-man squad is a big accomplishment,” Shome told CanPL.ca. “Just having the chance to potentially go to the qualifiers and be a part of that is exciting. I was a part of the U-20 World Cup roster when that came out, I missed that because of injury, but I’m excited for this and we’ll see what happens.”

RELATED READING: Wheeldon Jr. bullish on Cavalry’s Olympic hopefuls: ‘You get what you work for’

Although he did miss out on the 2017 Concacaf U-20 Championship and World Cup (for which Canada didn’t ultimately qualify), Shome has represented Canada plenty of times. He still saw action in a few friendly matches for that U-20 team, and in 2018 he played for the Mauro Biello-coached youth side at the Toulon Tournament, which may have been a bit of a preview for this Olympic squad.

Shome feels that experience might play to his favour when the coaching staff are picking their final Olympic roster.

“I think just being around the program for a while, I know the coaching staff well, I’ve been part of the system and I know the structures that they want to implement,” he said. “So that gives me a bit of an advantage over some guys, but obviously there are so many different factors that the coaches are gonna have to look into when they’re picking the team.”

That Toulon Tournament squad, which also featured 11 other names on the 50-man shortlist including Derek Cornelius, Theo Bair, and Julian Dunn, did pretty well at that friendly competition, beating Turkey and drawing with Portugal and Japan in the group stage before a narrow 2-1 loss to France in the fifth-place match. That was, really, the beginning of this Olympic qualifying cycle, with a foundation being laid for what might be a very competitive Canadian team.

From what he’s seen, Shome is justifiably optimistic about Canada’s chances at the qualifying tournament down in Guadalajara this month. They’ll have to get through their group stage (over Honduras, El Salvador, and Haiti) and win a semifinal to qualify for the Tokyo Games, but the midfielder thinks it can be done.

“Honestly I think we have a really, really good shot,” he said. “It’ll be difficult no matter what; first we have to make it out of the group stage but if we make it to the semi-finals we’re gonna have to play probably USA or Mexico.

“But I really do think the team will be good enough to compete and to win, and to qualify for the Olympics. It just goes to show the way the game’s growing in Canada, with the players we have and the depth we have.”

Shome certainly hopes to be in attendance for Canada’s opening match against El Salvador, on March 19. By the merits of his experience and talent, he probably should be.

Either way, though, he’s excited to see what the next generation has to offer.