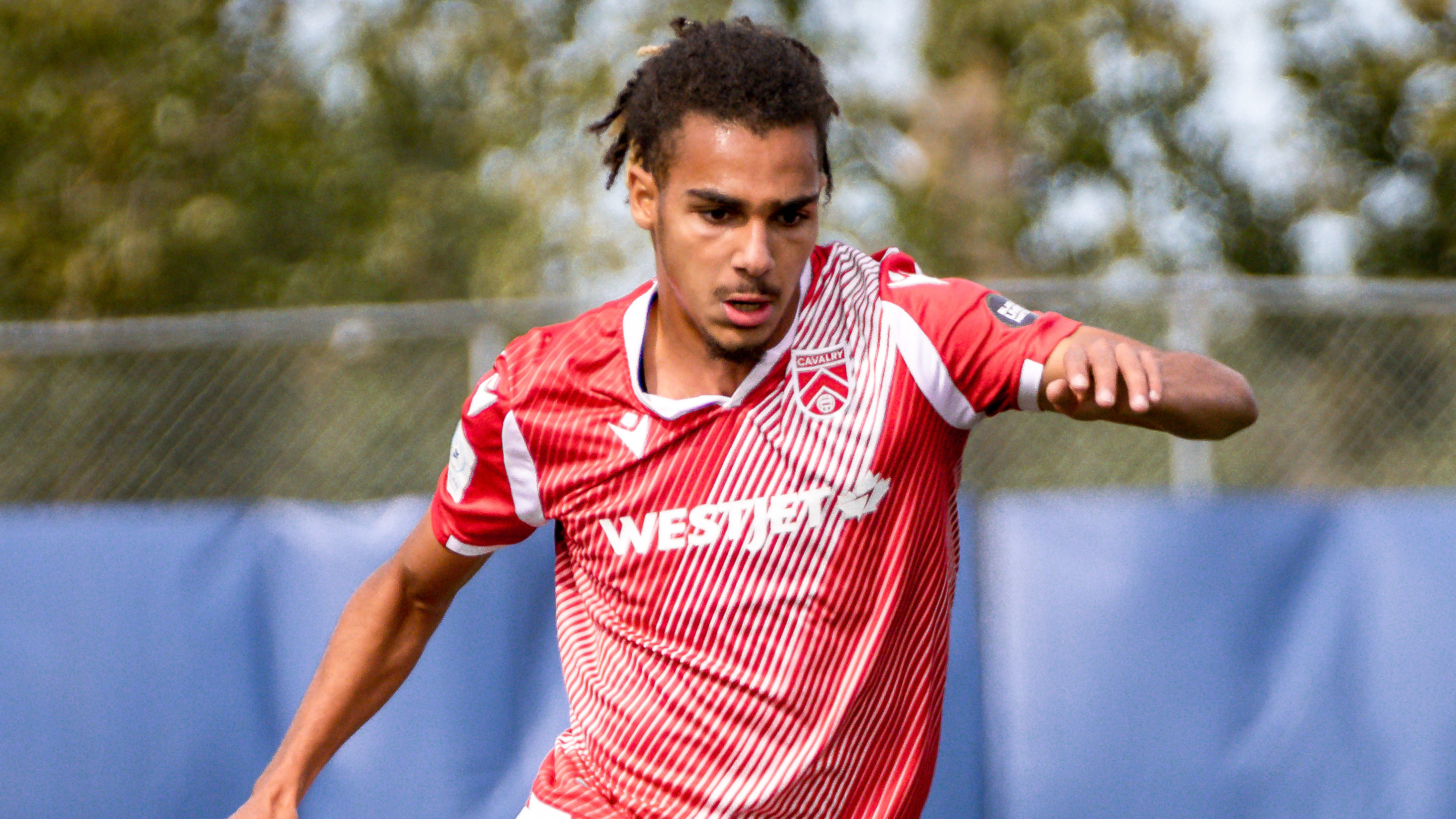 The 50-man shortlist for Canada’s Olympic qualifying roster is something of a who’s who of up-and-coming talent in the world of Canadian men’s soccer.

So, it stands to reason that one of the Canadian Premier League’s top teams over the past two years, Cavalry FC, would be well-represented. The Cavs — who have taken a turn for the younger this off-season — now have three players on the list, with the addition of David Norman Jr. to their roster earlier this week. The former Pacific FC midfielder is joined in the Cavalry contingent by dynamic fullback Mo Farsi and another newcomer, in CF Montréal loanee Karifa Yao.

In all three players, Cavs coach Tommy Wheeldon Jr. sees an abundance of talent, as well as another key reason to put them on the shortlist: desire.

“I always tell the players, the coaches, and whoever else will listen, you get what you work for,” Wheeldon told CanPL.ca. “Mo Farsi, he’s come in from nowhere, been passed up by many, and he had a fantastic tournament at The Island Games. And what that did was they’re like, ‘Oh, the lad can play.’

“(Farsi) fits the profile of I think the way (John) Herdman and (Mauro) Biello want Canada to play, and be a team that plays on the front foot both defensively and in attack. The kid’s got a desire; the more and more I discuss and train and see players, there’s one thing I know we can’t teach as coaches, and that’s desire. With Mo he has it, with David Norman Jr. he has it, and from what I know of Karifa Yao, he has it.”

Norman and Yao made their names at different clubs, of course — Norman coming through the Vancouver Whitecaps system before a stint with Pacific FC, and Yao of course developing in Montreal. Wheeldon is thrilled to have both on board with the Cavs, considering their pedigrees, suggesting they may have pretty important roles with the club.

For Norman in particular — who could well have a role on the final Olympic roster — Wheeldon hinted that he has a trick or two lined up.

“David Norman Jr. coming in, we’ve actually got a little ace up our sleeve with him, in terms of what we’re gonna utilize him for, because I don’t think people have really seen the best of him yet,” the coach suggested. “And we’ve been known to rotate and convert players’ positions, as we’ve seen with Joel Watermans and Malyk Hamiltons and Mo Farsis.”

Farsi is the Olympic hopeful of which Wheeldon is most proud, though, since he put himself on the radar with Cavalry last summer. The 21-year-old took the CPL by storm at The Island Games, coming out of the semi-pro Première Ligue de soccer du Québec. Farsi wasn’t on the original 50-man list released in early 2020, which suggests he did enough in his CPL showcase to catch Canada Soccer’s eye.

Farsi is one of three CPLers — alongside Forge FC’s David Choinière and York United’s (formerly HFX Wanderers’) Chrisnovic N’sa — who played his way into contention by virtue of his play in Prince Edward Island. To Wheeldon, such evidence of the CPL’s impact is fantastic, even at this fairly early stage of the league’s development.

“What a fantastic situation we’re in now. We talk about this golden era of football, and it is a busy summer for Canada in terms of the Olympic qualifying, the Gold Cup, the World Cup qualifiers, so it’s pivotal,” Wheeldon said. “But you imagine now, had we not had this CPL that’s got two seasons under our belt, would we have as many players available to fulfill some of these gaps that are needed?

“With challenge comes an opportunity, and there’s an opportunity for these young players, like a Mo Farsi, like a Diyaeddine Abzi — Abzi was another one in 2019 that, he was unheard of and broke the shackles and now he’s in and around it. There’s some really nice stories at the camp we’re helping create, and as more players move on and graduate, and there’s opportunity to bring more young players in with the 1,500 minute rule (in the CPL), as it is now. It’s a great rule for these young players, so they’re playing meaningful professional games.”

Cavalry’s three players will have to wait another week or so to find out if they’ve made the final cut for Canada’s Olympic qualifying roster, but whether they make it or not, it’s clear that all three are among the brightest young talents playing in Canada.

That, undoubtedly, is good news for the new-look Cavs.