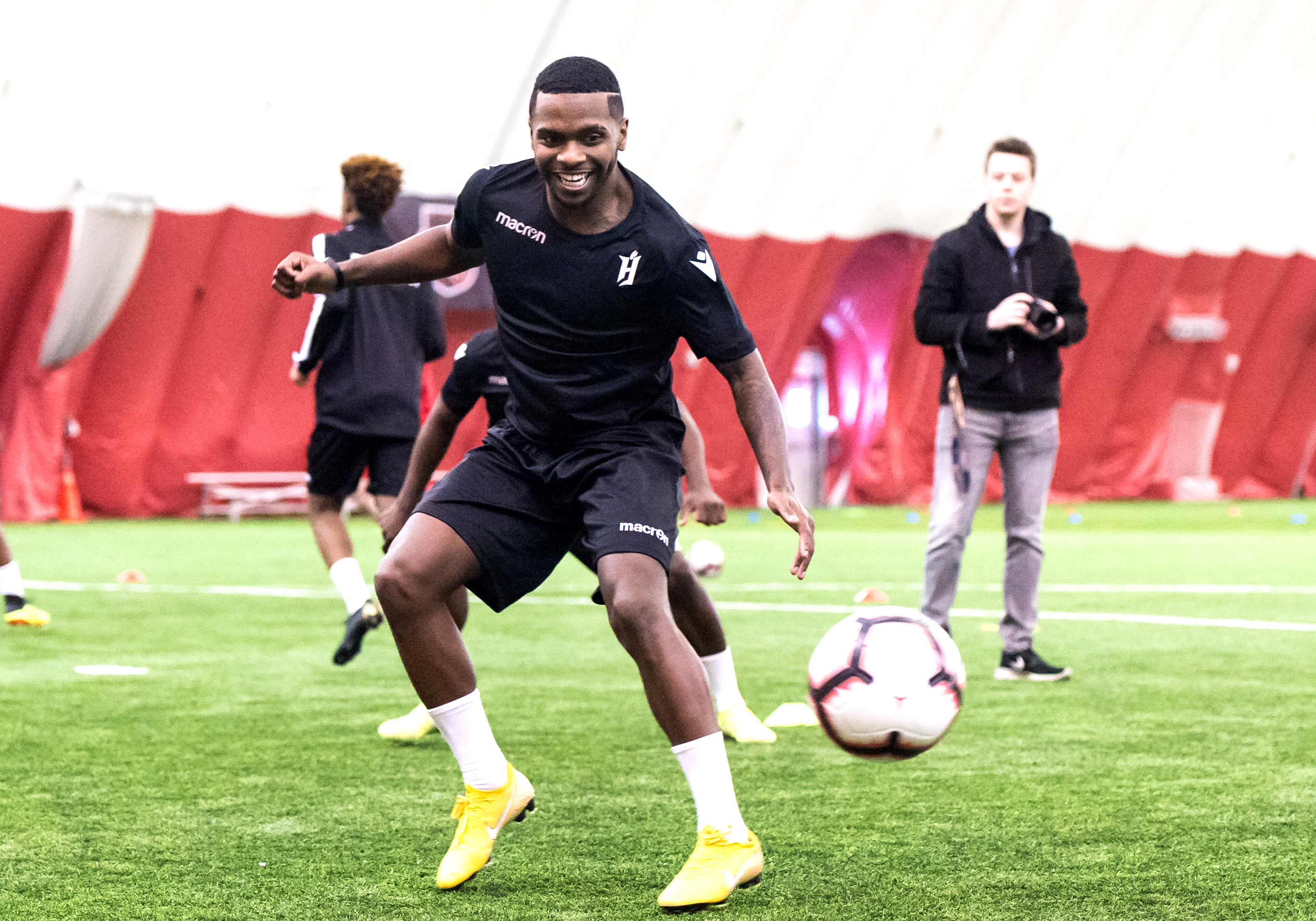 HAMILTON — Entering its inaugural season, Forge FC is focused on making history as the Canadian Premier League kicks off on April 27 at Tim Hortons Field.

But for head coach Bobby Smyrniotis and his players, this season is about much more than reaching a milestone moment or two, or even winning the entire thing.

It’s about building something that will be here long after they’re gone.

Veteran Kyle Bekker jumped at the opportunity to join Hamilton’s professional soccer club, with the vision and anticipation of community building and leading Canada into a new soccer era.

“We (as players) are not that big time (so) we can connect with these fans on a personal level, which is a unique experience,” Bekker told CanPL.ca at training on Thursday.

“There are a lot of kids with big ambitions, but for me I would like to take the good and the bad from the past clubs I have been with and implement them in the young guys … and go out and meet these fans and be a part of this community.”

That Hamiltonian community will be united at Tim Hortons Field on April 27th for Forge FC’s first match against York9 FC, an historic tilt that will be given back to the community.

Forge FC and Co-Founder Bob Young announced on Wednesday plans to pack Tim Hortons Field and break the stadium’s record for the largest crowd for a sports event. They’ll need to surpass a record of 24,512, set by the CFL’s Hamilton Tiger-Cats in 2016.

Reaching that milestone wouldn’t just be great for the city, but also for Smyrniotis and two of Forge FC’s initial signees, Bekker and forward Chris Nanco.

“It shows Bob Young’s commitment to soccer, not only for the region of Hamilton but the Canadian Premier League,” Smyrniotis said of the initiative. “We know our fans will be that 12th man on the field for Forge FC come the last Saturday in April.”

Unsurprisingly, Nanco is already looking forward to playing in front of the home crowd.

“Those are the environments you want to be in,” Nanco added. “You just feed off the energy the crowd gives us and and they feed off of our play.”

The fans are what drive Nanco to want to win another tackle, to run another five yards. Bekker, meanwhile, anticipates the atmosphere will be electric, and credits that energy to Young’s generosity.

“He helped create this for the Hamilton community and it’s going to be buzzing,” Bekker affirmed.

Smyrniotis and his squad have been training all week to that end, as CPL pre-season kicks off across Canada in anticipation of this inaugural campaign.

“Being a part of the community was one of — if not the — first message in our opening statements to this team,” Smyrniotis said. “I want Forge FC to be a fabric of Hamilton and Hamilton soccer and I think that’s the most important thing every player needs to understand.”

Playing in the United States for a larger part of five years, Nanco knew he could have stayed south of the border, but liked what he saw growing in Hamilton.

“Coming from the USL as a pro, I could have stayed being comfortable, but I think it was a big leap for me,” Nanco said. “Having a chance to get started here and help little kids look up to that was a big jump and something for sure I wanted to get involved in.”

“It was a big reason of joining this club,” Bekker said in agreement, in reference to club-building in a new community.

Smyrniotis knows that one of the key factors in club building, and for the league in general, is in the awarding of playing time to Canadian players. But the Canada-first mentality will, he expects, one day evolve to turn the lens squarely on Hamilton.

“We want to see some players from Hamilton play on this team, the players have to be ready to do it, we have to get that right as we go forward, assisting the growth and development of the youth and eventually graduating to us at Forge,” Smyrniotis explained.

The Forge bench boss knows that will take some work, but it is something they’re already planning to get down to the business to.

“We’re going to work on this with the community and will looking at that potential in 2020 and beyond,” he affirmed.

Forge FC enters a city that has expectations for their professional sports teams and their people: Success and a sense of community. That expectation will be seen on the pitch, with what the club expects to be a record-breaking crowd.