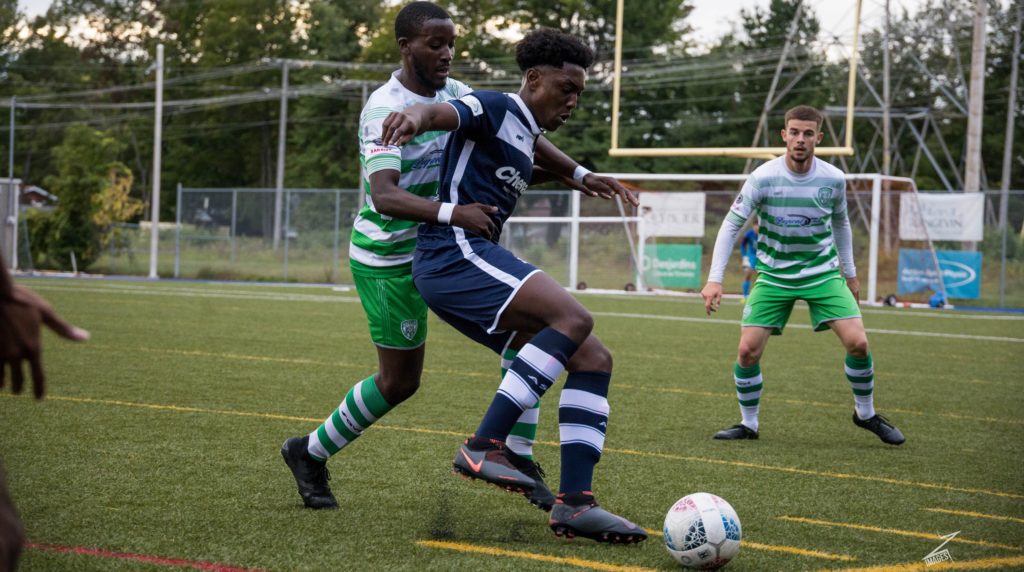 Forge FC announced on Wednesday morning that they have signed two additional players ahead of the 2021 CPL season, in defender Garven Metusala and forward Kosi Nwafornso.

Metusala, a 21-year-old centre-back from Terrebonne, Quebec, was selected eighth overall by Forge in January at the 2021 CPL-U SPORTS Draft. Though he had committed to Concordia University, he never saw action for the side due to the COVID-19 pandemic. However, Metusala did appear for PLSQ side AS Blainville in 2020, helping them to a league championship. He has also played previously for St. Hubert and SC Fabrose in Quebec, winning the PLSQ Cup with the latter in 2019.

Nwafornso is a 23-year-old forward who played four seasons from 2015-18 at the NCAA Division I level for St. Bonaventure University in Allegany, New York. He scored 18 goals with seven assists over 65 appearances for the team, named to the Second All-Conference team for the Atlantic 10 Conference in 2018. Nwafornso, born in Abuja, Nigeria, played most recently in USL League Two for the Colorado Pride Switchbacks, for whom he scored three times in nine games.

With these additions, Forge officially has 21 players on their roster ahead of The Kickoff, the CPL’s month-long event in Winnipeg which will open the 2021 season. They now have six new players adding to the 2020 championship-winning squad, with Metusala and Nwafornso joining Joshua Navarro, Omar Browne, Dejan Jakovic, and Tristan Borges (who played for the club in 2019 and has returned on loan from OH Leuven).