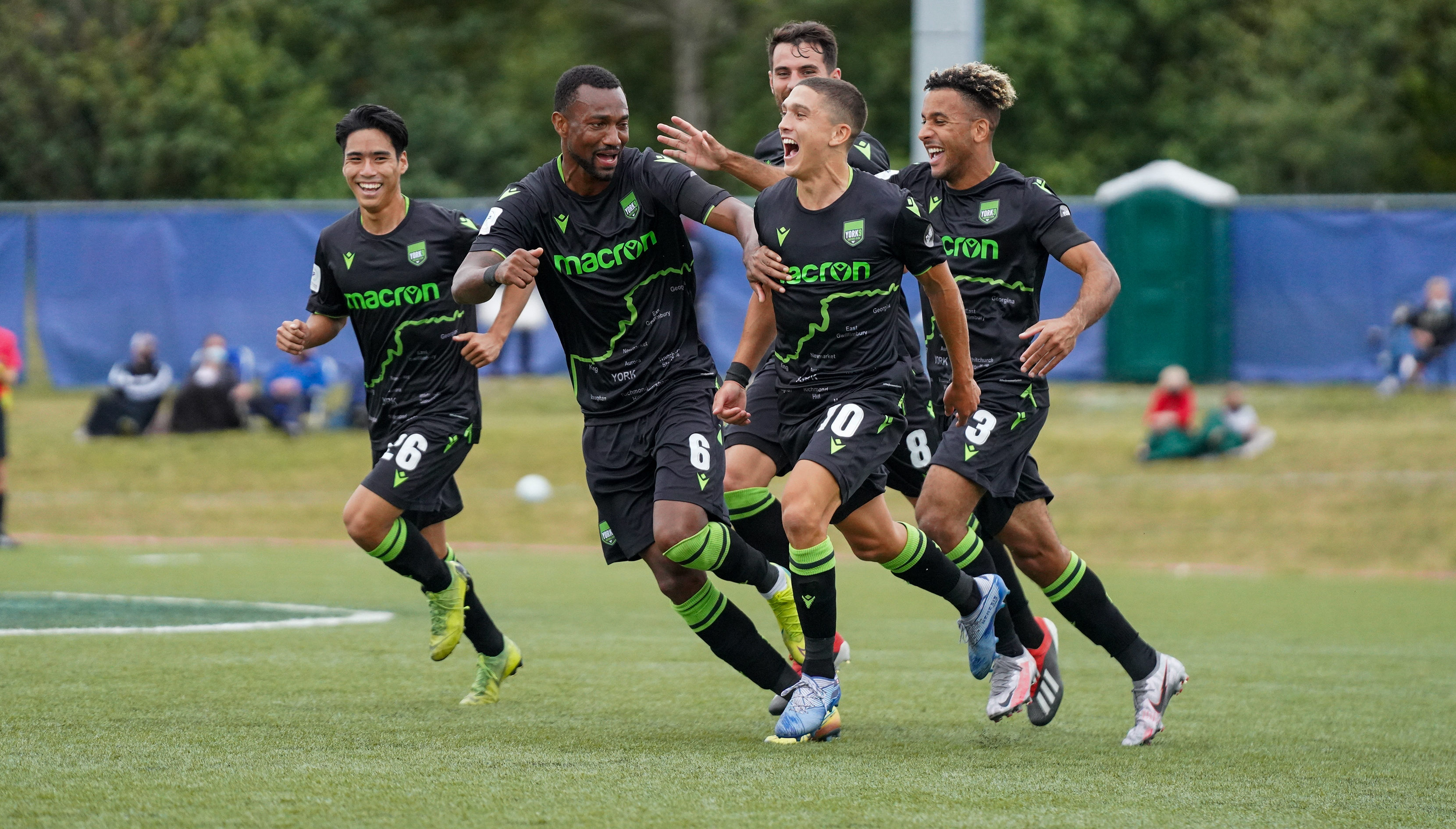 One of the Canadian Premier League’s biggest free agents of the off-season has found a new home.

Pacific FC announced on Friday the signing of Manny Aparicio to a multi-year deal, a move that sees the Canadian midfielder arrive on the West Coast after spending the CPL’s first two seasons with York9 FC.

Aparicio was out of contract following the conclusion of the 2020 campaign, paving the way for him to sign with the Tridents. The former Y9 captain joins a Pacific team featuring a number of exciting youngsters, including Marco Bustos, Matthew Baldisimo, Josh Heard, Kadin Chung, Thomas Meilleur-Giguère and Sean Young.

“I never thought this day would come so soon. Unfortunately, it is time to say goodbye to the team that brought me in and helped me to grow as a player and even more as a person. Saying goodbye is always difficult, especially when it’s a place you call home,” Aparacio wrote.

He added: “Being able to lead such an amazing organization with an incredible group of guys has been an honour. I hope and trust that one day our paths will cross again. Just know, a piece of my heart will forever be green.”

Aparacio was well-liked and respected among his Y9 teammates, as evidenced by goalkeeper Nathan Inghan taking to social media to say goodbye to his former captain.

“Thank you for everything skipper! The locker room will not be the same without you. A true leader in every aspect. All the best,” Ingham posted in response to Aparicio’s Tweet.

In Aparicio, Pacific is getting one of the most dangerous and creative attacking midfielders in the league, a fact not lost on Pacific CEO Rob Friend.

“Manny has been one of the most exciting and sought-after players in the league. We are very fortunate to have secured him for the next couple of years,” Friend said in a media release.

The diminutive midfielder was named York’s captain and played in the CPL’s inaugural game, a 1-1 draw with Forge FC on April 27, 2019 at Tim Hortons Field. Aparicio played a starring role for Y9 during the 2019 season, helping Jimmy Brennan’s side finish third in the overall table.

Born in Buenos Aires, but raised in East York, Aparicio made 31 appearances in all competitions in 2019, scoring two goals and tallying a pair of assists along the way. One of his goals was even mentioned on ESPN SportsCenter’s Top 10 Plays of the Night for July 17 when he scored off a rocket of shot vs. Pacific FC.

Aparicio won plaudits during the CPL’s inaugural season for his quickness with the ball at his feet, creativity in midfield, and playmaking ability, while at the same time causing problems for defenders with his fleet-footed turn of pace.

In 2020, Aparicio scored a pair of stunning free-kick goals in six appearances at The Island Games in PEI, as Y9 bowed out of the competition in the first round.

Pacific is also getting a player with international experience. Aparicio has represented Canada at various youth levels, including the under-22 side at the 2015 Pan Am Games hosted in Toronto. His lone cap for Canada’s senior team came in a friendly versus Colombia in 2014.

The addition of Aparicio is the second major roster move made by Pacific this off-season.

Last month, the Tridents announced the re-signing of five players for the 2021 CPL campaign: Marcel de Jong, Jordan Haynes, Baldisimo, Heard and Young. The club also revealed it won’t be bringing back midfielder Zach Verhoven for next season.