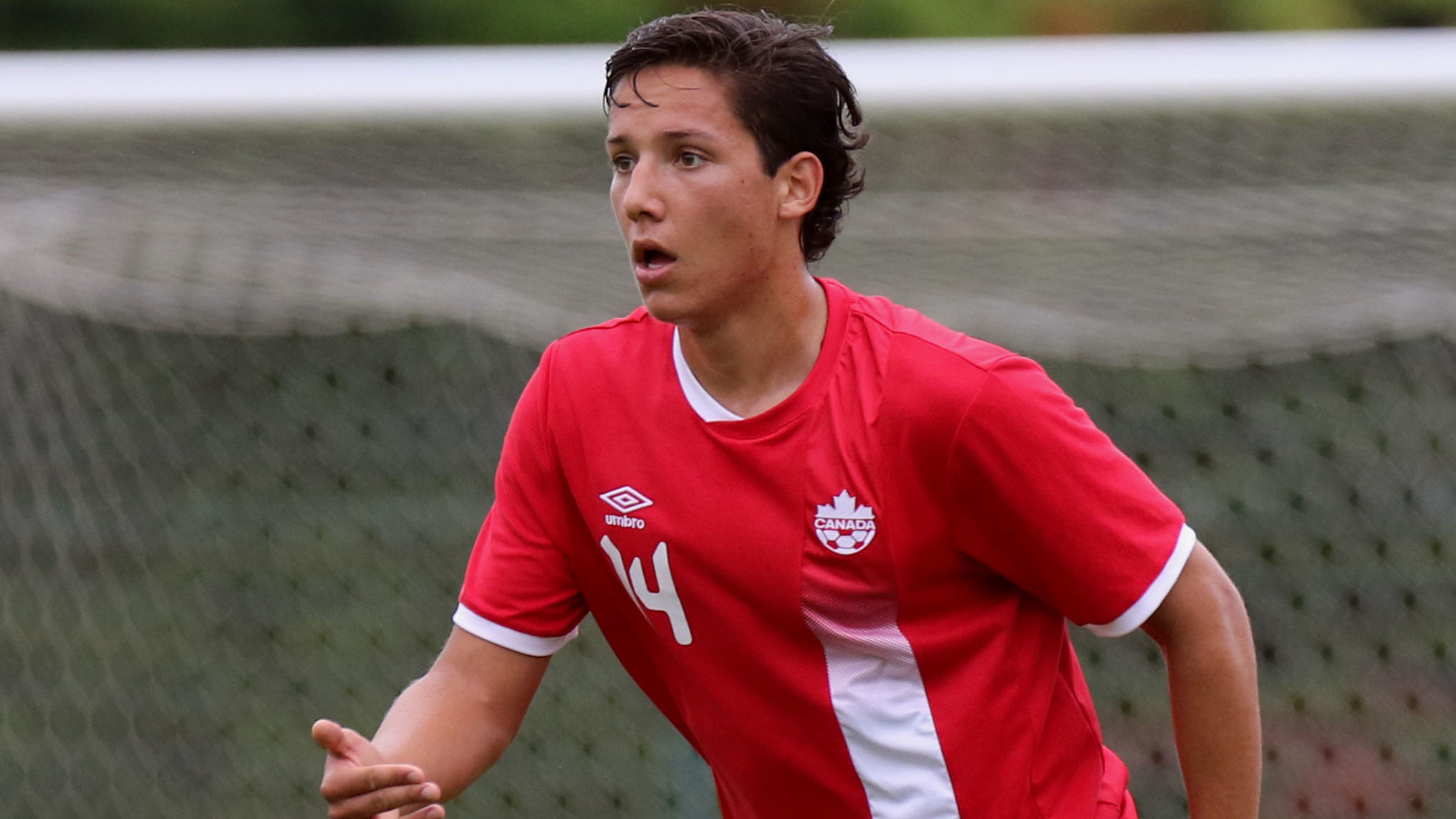 VANCOUVER ISLAND – Were it not for a foot injury, David Norman Jr. might already have been a member of Pacific FC.

A 21-year-old, a six-foot-two midfielder from Coquitlam, B.C., Norman, a longtime Vancouver Whitecaps prospect, was exactly the kind of player that ticked the boxes for Pacific’s management: young, dynamic, and born and raised in the province.

“I knew they were interested in having me come play for them,” Norman told CanPL.ca.

“We tried to sign (him) day one,” revealed Rob Friend, director of soccer operations for Pacific FC.

But misfortune befell Norman in the form of a fifth metatarsal fracture, suffered during the second half of a March 26 Development Squad game at AFC Bournemouth. Any imminent plans of a loan from the MLS side fell through.

“That put me out of commission for quite (some) time,” Norman reflected. “It was tough. From that side of things, it made me look at aspects of my game that I can improve.”

Newly healthy, the rangy central midfielder has given Pacific’s ownership its wish, and provided supporters a reason for optimism in a tight Fall competition. Norman has been signed on loan by the Vancouver Island club for the rest of the 2019 season, and will join MLS newcomers Inter Miami FC in January.

“When I heard the opportunity to come here and get on loan here, I jumped on it right away,” the Coquitlam said. “Knowing the way Rob (Friend) and Josh (Simpson) have set things up here, and the coach, Michael (Silberbauer), and (assistant coach) James (Merriman), it’s a great setup, and they’ve really done well this year.”

Related Reading: ‘Pacific trusted us’: U-21 quartet making most of CPL opportunities

Norman – whose father, David Norman Sr., played for the Vancouver Whitecaps and the Canadian men’s team – joins a roster of familiar faces at PFC. He played with many of his teammates at the ‘Caps youth academy.

“I’ve pretty much played with or against almost every single player on the team at one point,” Norman said. “Some of the boys, like Matthew Baldisimo, Kadin Chung, Noah Verhoeven, Terran Campbell, I’ve played with since I was as young as 11 or 12 years old. And then a lot of the others I’ve come through and played with at one point. So it’s pretty cool to be here and be reunited with some of those guys again.”

Norman’s loan to Pacific FC will also be a reunion of sorts with Merriman who, prior to joining Pacific, oversaw the Whitecaps FC U-15 Residency team.

“He was in the older teams when I came in with the Whitecaps. But he was always a leader within his age group. You know, captain of his youth team, he also did well with the youth Canadian national teams,” Merriman told CanPL.ca. “And what was clear was his approach. He’s hungry. He wants to do well; he wants to improve. He’s got good character, and that’s what I think obviously led to him getting a first-team contract, and then now making a move to Inter Miami, which is an exciting opportunity for him.”

Norman’s arrival gives Silberbauer options in the central midfield. The Whitecaps product adds a layer of competitive intrigue to a typical rotation of sorts between Baldisimo, Alexander Gonzalez, and Alessandro Hojabrpour.

“As a centre midfielder, I think I’ll come in and bring a bit of stability on the defensive side of the ball: looking to win the ball back and protect the back four as much as possible,” Norman offered. “There’s a lot of exciting, young attacking players on this team, so I’ll try to feed them the ball as much as possible and get them in attacking situations.”

There is room to wonder what benefit a short-term loan provides with nine games left in the Fall campaign. If a team is committed to developing its talent, one might ask, wouldn’t the sensible approach be to give them as many minutes as possible?

Pacific’s management and coaching staff is betting on foundation-setting being the greatest benefit from their latest roster addition – with healthy competition playing a large role.

“For us, he has the approach that we want; he has the professionalism that we want in our young players, and in our club, in our team,” Merriman said.

“Maybe it will challenge some players that were starting to get minutes, and it’s not going to be as easy to get those minutes with him in the mix, but it’s something that we want – and we want that going forward in our club. We want a very strong competition for minutes; we want a good training environment; we want players to come with an excellent approach, wanting to improve every day. And that’s what David brings.”

As for Pacific’s newest arrival, the focus will be on integrating as quickly as possible, and helping to sustain a three-match unbeaten streak.

“I’ve been following them quite closely. And the team has been on a great run of form recently,” Norman said. “So for me, my kind of attitude and mentality is to come over and help them team in as (many) ways as I can. And hopefully we can achieve some success this year.”