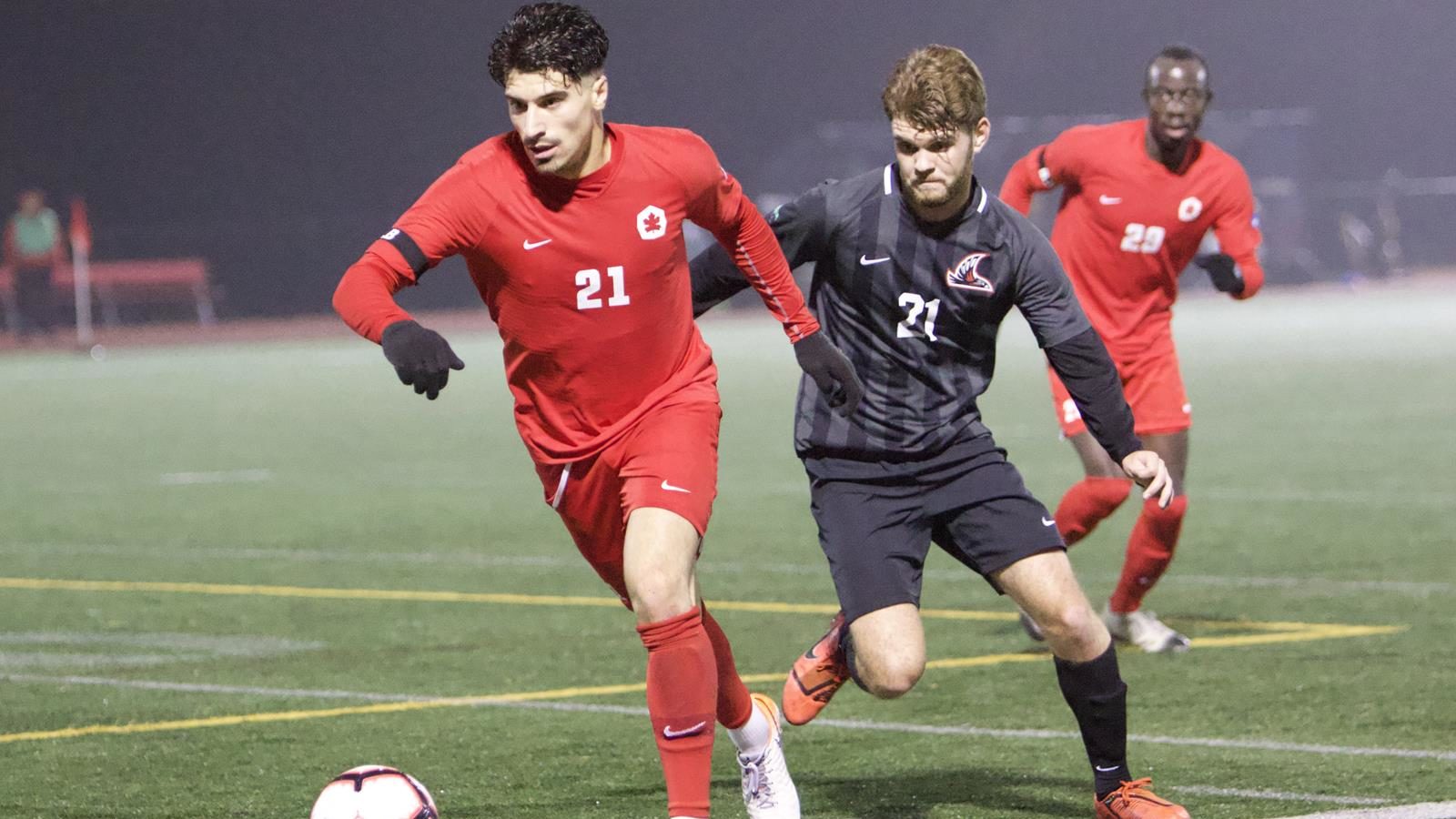 HFX Wanderers FC signed another two players Friday in the lead up to the 2021 CPL season.

Sow, 20, hails from Ottawa, Ont. and is a third-year mechanical engineer student at Université de Montréal and was drafted 10th overall by the Wanderers in this past January’s draft. He’s the latest Montreal Carabin to catch the eye of the Wanderers as he joins former teammates and 2018 U SPORTS Men’s National Championship winners Omar Kreim and Pierre Lamothe.

Wanderers head coach Stephen Hart has taken note of Sow’s potential to add strength and depth to the backline.

“He’s a central defender, I was excited to get him because he’s a cool, calm, collected type of defender with good physical qualities and good ball-playing qualities,” Hart said. “We’re hoping that gives us some depth at centre back because more than likely Jems Geffrard will not be with us for the first part of the season in Winnipeg as he’s with Haiti for World Cup Qualifiers and Gold Cup. So that gives us some depth there.”

Sow arrived in Halifax last week to begin his 14-day quarantine prior to joining the squad ahead of The Kickoff – the CPL season’s opening stanza set to start June 26 in Winnipeg, Manitoba.

Sow is the seventh CPL-U SPORTS Draft pick signed by the Wanderers to either a full-time or developmental contract, joining Christian Oxner, Peter Schaale, Cory Bent, Jake Ruby, and Stefan Karajovanovic as draftees who will now represent Halifax in the 2021 CPL season.

Polisi, 24, will be meeting the Wanderers in Winnipeg, traveling from his native British Columbia straight to the Kickoff. The club added the turnaround time on his required 14 day quarantine in Nova Scotia would not have been completed to join training in Halifax before departure. Polisi will meet up with his brother Matteo who signed with Pacific FC ahead of 2021.

“Marcello is a central midfielder, more of a holding type midfielder, good passer of the ball, sort of gives more coverage for the midfield than we presently have which is a more attack-minded midfield,” explained Hart. “He’s a different type of player, he’s more of a traditional sort of holding midfielder.”

The former Canadian youth national team member joins Sow as the club’s 21st and 22nd signings ahead of the 2021 CPL season.