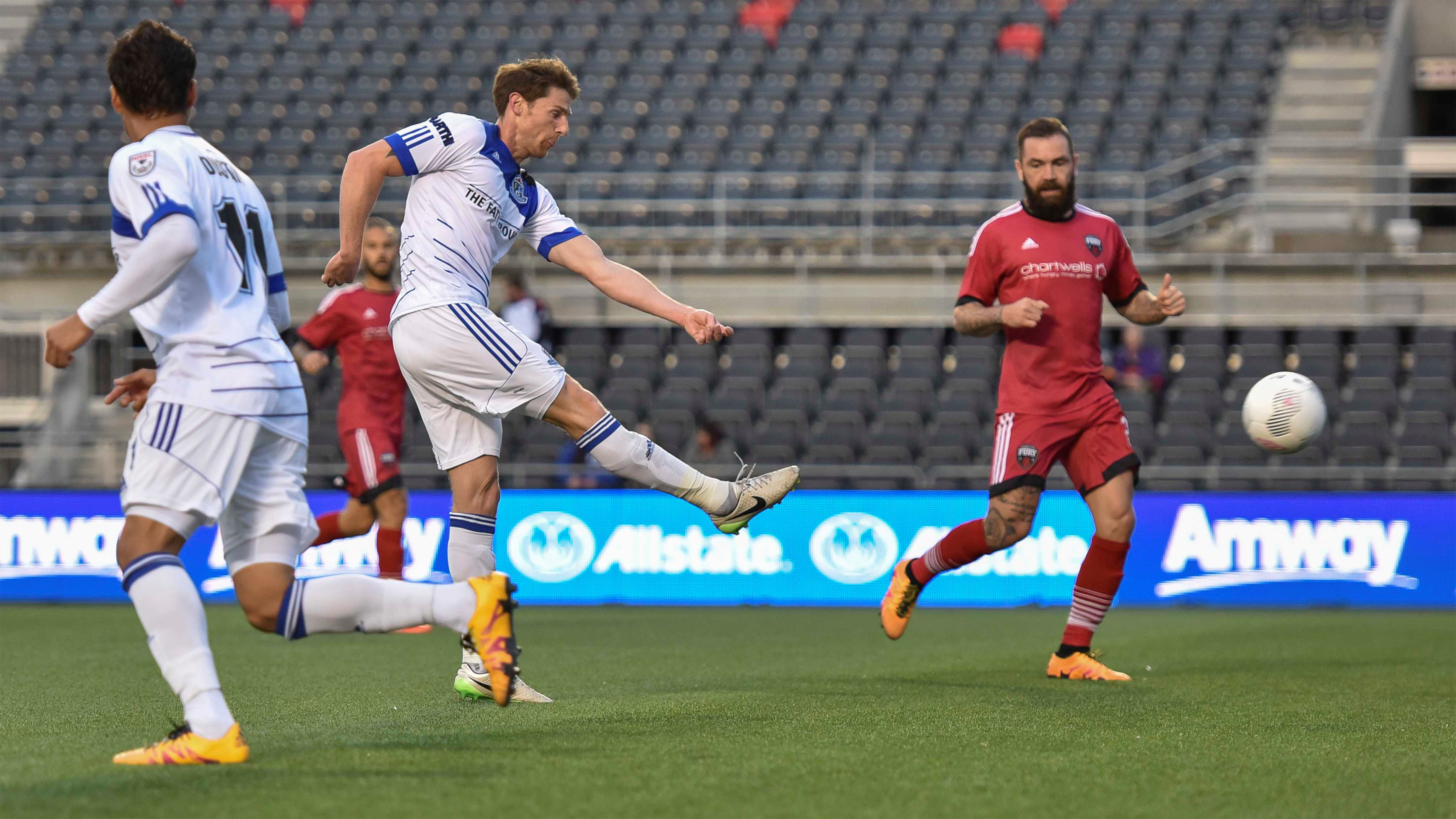 He’s proven to have a knack for scoring and brings a wealth of playing experience in four leagues on both sides of the pond.

But the most-important asset Daryl Fordyce might bring to Valour FC – which announced the signing of the 33-year-old forward/midfielder on Friday – might be the intangibles that don’t show up on the stats sheet.

“I bring experience, that goes without saying,” Fordyce said in a conference call with local media from his home in Belfast on Friday.

“And I bring my 100 per cent work rate. I never give up on anything… I’ll certainly help any single teammate because I know from being a player you have your bad days, you have your down days and you have your good days. Through experience I help all the other players understand that you’re going to have your bad days but as long as you keep working hard you’ll get through the hard days and good times will come.

“Hopefully I can bond the whole team together. People describe me as a ‘bonder.’ Don’t take sides and just bond people together. Hopefully it’s a positive impact for the team.”

Valour FC could certainly use some bonding after its disappointing inaugural season in the Canadian Premier League. GM and head coach Rob Gale had spoken after the season o adding maturity to his squad in 2020 – both from a physical and mentality standpoint – and Fordyce looks to offer plenty of both.

Fordyce stands 5-11 and spent last season with the Sligo Rovers of the Premier Division in the League of Ireland, scoring twice. He spent five years with FC Edmonton during its days in the NASL (2013-17), as well as a stint with FC Cincinnati of the USL in 2017. He is FC Edmonton’s all-time leading scorer, with 32 goals to his credit during 117 appearances with the club.

Fordyce and his wife have permanent resident status from his time in Edmonton – his son was born there – and that will allow him to qualify as a domestic player by CPL rules.

Valour FC keeper Tyson Farago was a teammate of Fordyce’s in Edmonton and it was his own research about Winnipeg and the squad, in addition to a phone conversation with Gale and Assistant GM/Coach Damian Rhodes, that helped him make the decision to return to Canada.

Gale also got a solid recommendation from Canadian Kris Twardek, a teammate of Fordyce’s with Sligo who spoke highly of the Valour boss.

“I just wanted to get back to Canada and after speaking to Rob and Damian, I got off the phone and I had a great vibe,” said Fordyce. “I said to my wife, ‘Out of the teams I’ve spoken to this is the best feeling I’ve got.’

“… It didn’t take me long to see the great facilities. The people… I know Tyson Farago from Winnipeg and a couple friends from Edmonton also told me about Winnipeg. I’ve done my research and to me it’s not going to be any different to Edmonton or any other place I’ve been.

“I can’t wait to get there and I’m obviously excited. I’m adaptable and can adapt to anywhere I go and I’m sure Winnipeg will be fantastic for me and my family.”

Fordyce’s career dates back to his youth days at Portsmouth, who loaned him to AFC Bournemouth in 2005. He also has experience with Glentoran and Linfield of the Irish League and represented Northern Ireland a the U19 and U21 levels.

Asked about joining a Valour side which managed just eight wins and four draws in 18 matches last year, Fordyce was blunt.

“That doesn’t concern me one bit,” he said. “Every team has their struggles and they also have their triumphs. Me as a person, I love a challenge. I don’t care what the challenge is, I’ll put my foot and my head down to it and get on with it.

“I’ve seen a couple of things on Twitter where a lot of people have written Valour off already,” added Fordyce. “That doesn’t concern me one bit. I’ve been in soccer a long, long time and as long as there’s professionalism and everybody sticks together you’ve always got a chance. No matter what game or competition you play in, if everybody sticks together and works hard you’ll always have a chance in anything.”