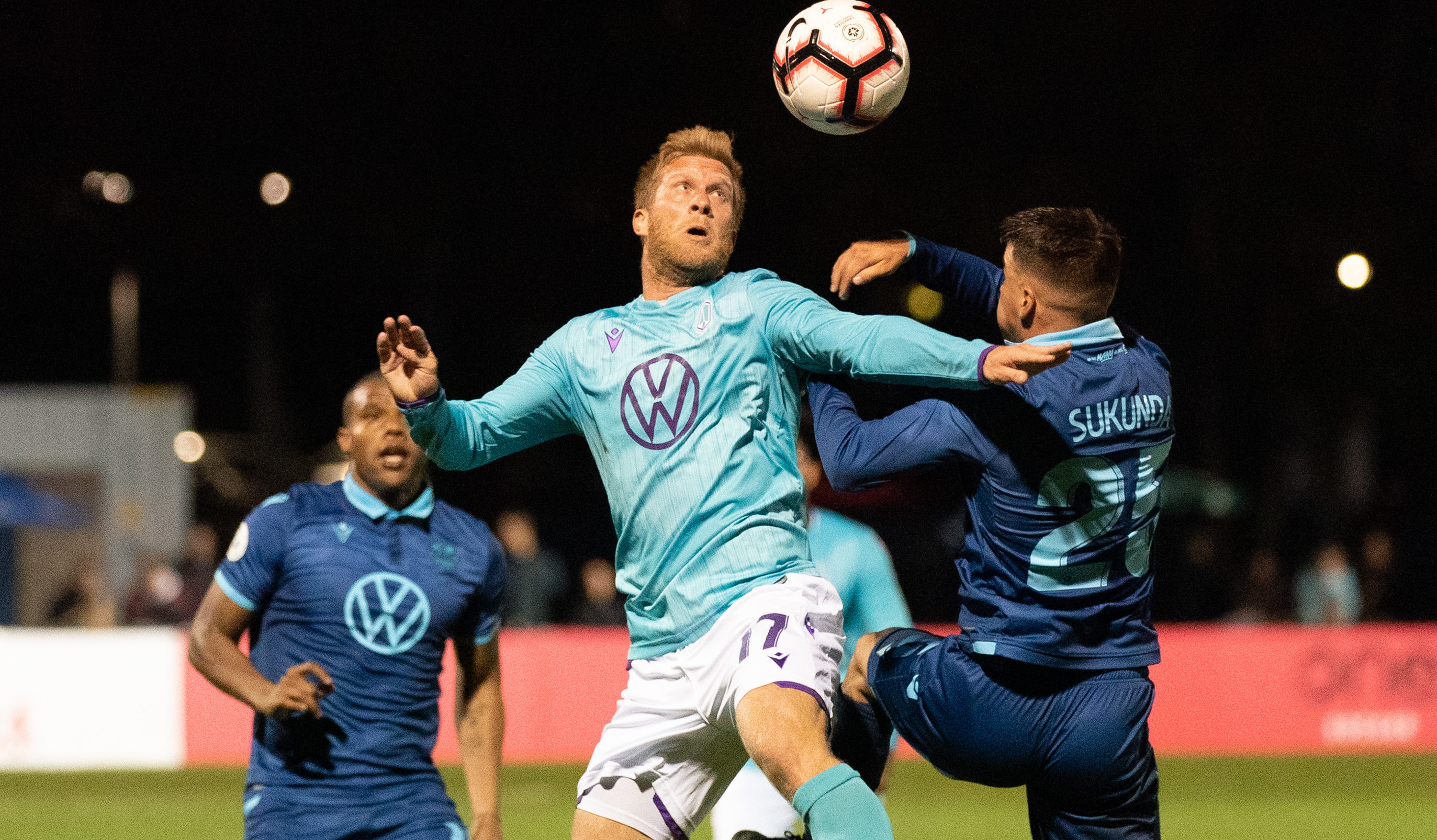 It took 89 matches of Canadian Premier League action before Canadian international Marcel de Jong made his club debut for Pacific FC, but at Wanderers Grounds on Wednesday, the 32-year-old finally had his day.

De Jong made his club debut in the 66th minute of a 1-1 draw against HFX Wanderers FC, coming in for Alexander Gonzalez and bringing a journey of recovery to a close at long, long last. For, after half a year on the sidelines, De Jong’s return marks the end of the road for an Achilles injury, with surgery, that he has been slowly rehabbing throughout the 2019 season.

After a long road of recovery, @Pacificfccpl's Marcel de Jong is healthy and back on the pitch! pic.twitter.com/Cuy1FD5oaY

“Marcel has worked hard to get back in this moment where he can step on the pitch again,” Pacific head coach Michael Silberbauer said after the match. “He’s been training with us for a while. There wasn’t an exact time that was made, but I just felt, now was the time.”

RELATED: ‘Like a fish to water’: Marcel de Jong’s long road to recovery

In total, De Jong waited 208 days to return to the field after undergoing surgery on a ruptured Achilles, and the day was doubly sweet for the left winger, as it also marked the birthday of his daughter.

“I wouldn’t say it’s another day at the office. It was special, after such a long time being away with an injury,” De Jong offered.

“As soon as you step on the pitch, everything is forgotten – the six months is forgotten. It’s gone. It’s behind me. You move on and you just deal with it. That’s what I tried to do. I didn’t have any nerves or anything like that. I was just happy to be out there on my daughter’s birthday. It’s been a special day.”

In just 25 minutes or so of action, De Jong made his presence felt right away, getting a number of crosses off into the box, including a late opportunity with fellow substitute Issey Nakajima-Farran that saw the two long-time friends and Canadian internationals connect for a shot on goal, which Christian Oxner saved fortuitously.

“He did exactly what I asked him to do: He came in, was calm on the ball, and played good passes,” Silberbauer said, of De Jong’s play. “He’s a different kind of player than some of the others; Marcel uses his football vision to his advantage. He came on and I think you saw that.”

De Jong added: “You can train as much as you want, but playing a game is different than training. I felt good. My passing and crosses were off today, I need to do better, but I’m happy to be out there and helping the team.”

His happiness to return to the pitch is compounded simply by the fact that De Jong has served as a coach of sorts with Pacific, a result of his long tenure on the sidelines. Now? He returns to the group as a player, and could be a major contributor in 2020, too.

“That was the whole idea with Marcel. It’s what we talked about before bringing him in,” Silberbauer said, of De Jong’s role as a player and as a coach. “He was always excited to be on the pitch, but also to be a part of a project of bringing forward young Canadians. So far, he’s only been able to do one side of it, and now he gets to do the other side of it. We’re happy he’s back.”