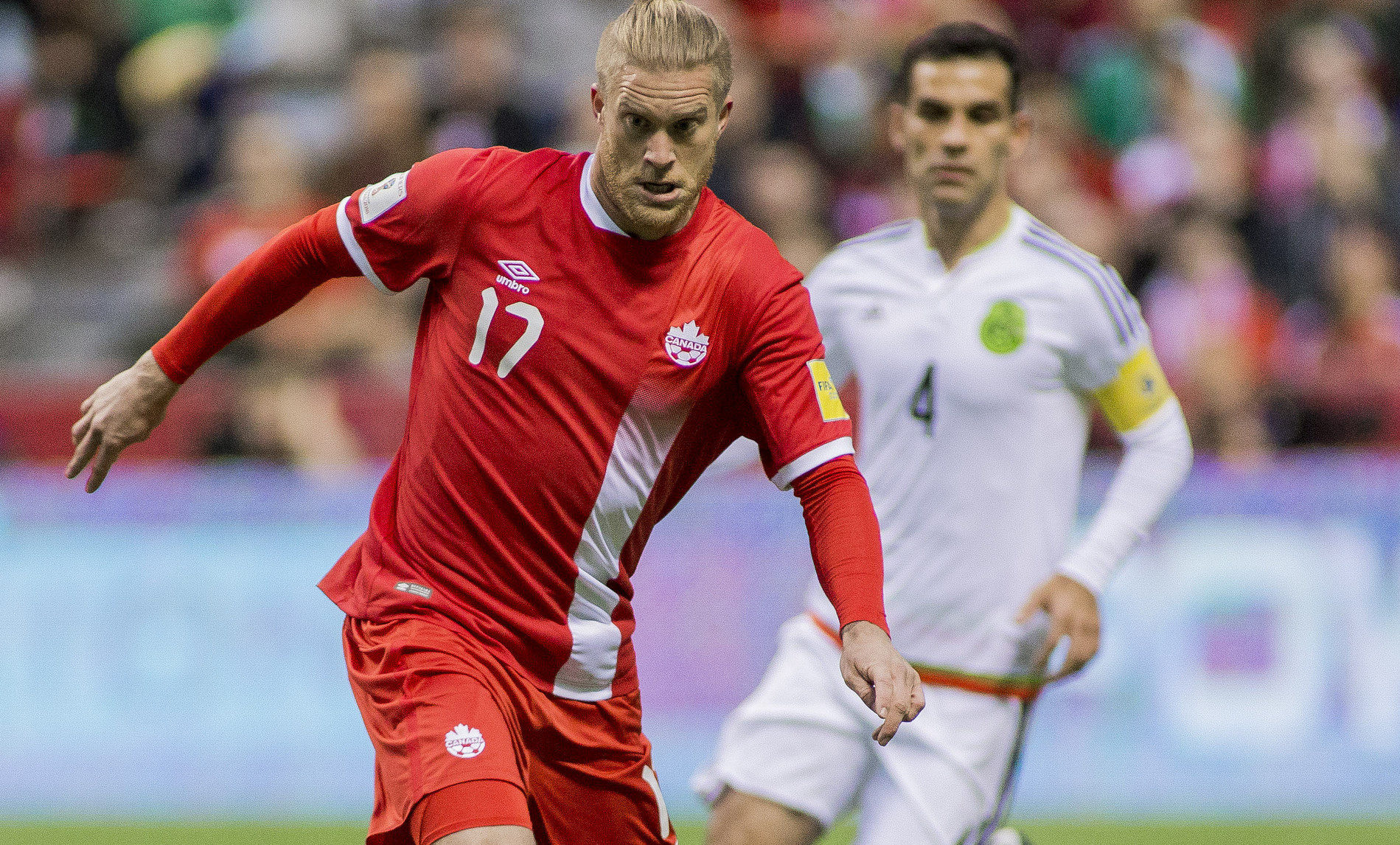 VANCOUVER ISLAND – It was a shock to see.

Entering the double doors at Langford’s Four Points by Sheraton, less than a month after his handshakes-and-photographs splash signing with Pacific FC, Canadian international Marcel de Jong wore a hoodie over his head, a set of crutches under his arms.

A day before the news of his ruptured Achilles went public, sending ripples across the Canadian Premier League and dashing the hopes of West Coast supporters, the Dutch-Canadian defender could only shrug when he met the eyes of a reporter.

Compare that image to one of the 32-year-old left-back today, six months later, and the transformation is remarkable. Back on the pitch, ball at his feet, in full training with Pacific, the veteran defender is all smiles.

It seemed an unlikely scenario back in mid-March, when news of the Achilles injury broke.

‘You want to be important’

To understand de Jong’s path to recovery, one must start at the beginning – return to that pivotal pre-season practice when Pacific’s fortunes fell. It was innocuous enough – “just a goof-around session,” the defender recalled – until a fluke landing after a header sent de Jong to the turf at PISE (Pacific Institute for Sport Excellence).

“I could actually move my foot a little bit up and down, so I thought, ‘Not too bad.’ But then I just tried to feel my Achilles, and the Achilles was gone. It rolled all the way up into my calf,” de Jong recalled.

Newly-hired as Pacific FC’s Director of Sports Science, Randy Celebrini knew exactly what had happened when he saw de Jong.

“I’ve had the same injury. It’s a massive one. You’re dealing with the biggest tendon in the body,” the long-time physiotherapist told CanPL.ca.

“You shift into how important the early phases of rehab are.”

In an instant, Pacific’s season was altered indelibly. A month before the club’s inaugural Canadian Premier League campaign, their most-hyped signing and presumed captain was out – for the season, most likely.

Ask Celebrini about the hardest part of rehabbing an Achilles, and he will tell you it’s inaction that plagues athletes most.

“You have to essentially do nothing,” he explained. “You’re kind of tucked away on the shelf.”

No walking or running. Certainly, no soccer.

“You want to be out there with the guys, fighting for those points, and playing in front of your home crowd. You want to be important,” he said.

‘Nobody went through a tougher year’

“I was there almost every day for two, three, four hours,” he said. “Right away, in the boot (cast), exercises on the bike.”

Unable to drive, de Jong relied on his parents and teammate Issey Nakajima-Farran to shuttle him to appointments, until – tired of asking for assistance – he bought a bike. The left-back’s days would alternate between RebalanceMD and the practice pitch, where he tried to keep involved with the team.

“You come in (during) the morning, and he can’t train – he can’t even put boots on –- and he’s still one of the first guys in there every single morning,” teammate Ben Fisk recalled. “Always (has) a smile on his face, always talking to guys, helping the young guys.”

Celebrini added: “For the younger players to see that… like, nobody went through a tougher year than him. And nobody has been more even-keeled in the dressing room, been more professional.”

Six months after his ruptured Achilles, de Jong sounds almost sage-like in reflecting on his circumstances.

“You cannot really control injuries, but you can control how you react and go forward,” he offered. “You can do nothing, or you can do the little extra work that will go a long way.”

In his time off the pitch, de Jong found himself more involved with the coaching staff. In recent games, he has appeared on official match sheets as an assistant coach.

“I got to spend time with the coaches during trainings and talk with them about tactics, all that kind of stuff,” de Jong said. “At practices, I’ll help (teammates) work on their crosses or how they should defend, when to press or not.”

News of de Jong’s return to the pitch came perhaps a bit prematurely. Glimpses in June of the defender on-field had some wondering about an early return. Still, the sight of de Jong in a training uniform was plenty of cause for optimism.

“It’s kind of like introducing a fish to water,” Celebrini offered. “Once the ball’s at his feet, he comes alive.”

It is still too early to say whether de Jong will play any minutes this season. There is certainly an argument to be made for caution, as Pacific is out of title contention. After all, there is still next season to think about and beyond. No sense rushing things if the risk outweighs the benefit.

“Sometimes, it’s a gut feeling,” Celebrini stated. “Is it worth waiting through the off-season and bringing him out next year, or do we jump in this year?

“With these injuries, it’s not just repairing the structure that was injured. Secondary injuries are really common.”

Whether on the pitch or not, de Jong seems to have earned his teammates’ respect.

“His value to the team off the pitch has been incredible,” Fisk insisted. “He’s still very much a part of the team, and we wouldn’t be the same without him.”

As for the defender himself: what will the future hold? Is Pacific still home, or do other opportunities beckon?

“The club helped me with everything that I needed, so my goal is to do the same thing, except playing – and be here for a long time, if possible,” de Jong said. “I think this is a club where I can stay after my career and get involved with the club in a different role.”