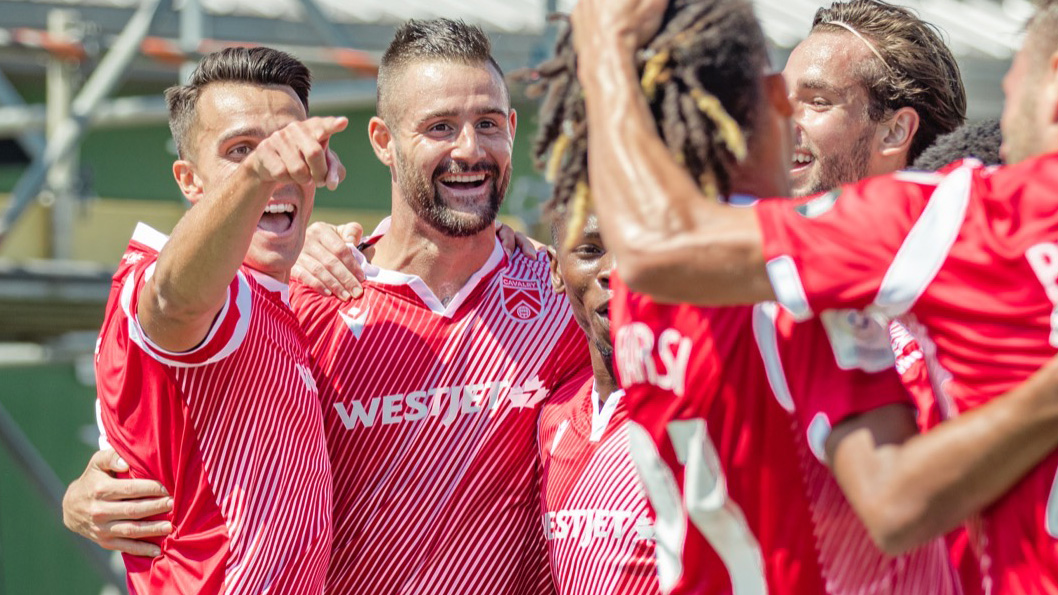 A few days after announcing their first group of returnees for the 2021 Canadian Premier League season, Cavalry FC has unveiled its first batch of player departures.

The Cavs announced on Monday that Marcus Haber, Nathan Mavila, Jair Cordova, Niko Giantsopoulos, and Jordan Brown will not return in 2021. All six players agreed to mutually part ways with the club, Cavalry revealed in a media release.

Haber is the biggest departure, as the 31-year-old leaves Cavalry after a renaissance of sorts at The Island Games. He made an impact in PEI after signing with the Cavs in July, scoring twice and recording more shots on target per 90 minutes than any other striker (1.42) in nine appearances. Haber was previously with Pacific FC and made 15 appearances for the Tridents in 2019.

After Monday’s announcement was made official, the Canadian international posted a message on his Twitter account, thanking the club for helping him to regain his love for the game.

Was a pleasure representing @CPLCavalryFC🙏🏼 Thanks for the memories and friendships made❤️ All the best to everyone at the club. You helped me regain my love for the game. The next chapter awaits👊🏼 pic.twitter.com/XbUeKZcbzj

A product of English club West Ham United’s famous academy, Brown finished joint-third in The Island Games scoring race with three goals, helping the Cavs advance to the second round. The 23-year-old Englishman scored five times in 30 appearances in 2019, including the club’s inaugural goal in a home match against York9 FC, and the opening goal in their historic Canadian Championship victory over Vancouver Whitecaps.

Mavila, 25, leaves after playing a key part in Cavalry’s second-round appearance at the Island Games. The former West Ham youth product scored three times in 2020, and added an assist in an advanced wingback role. In 2019, Mavila was Tommy Wheeldon Jr.’s first choice at left fullback, making 32 appearances across the CPL and Canadian Championship. The Englishman started both legs of Finals 2019, and offered full 90-minute performances in two second-stage matches at the Island Games.

Giantsopoulos, 26, departs Cavalry after two seasons as the club’s second ‘keeper behind Marco Carducci. The Markham, Ont., native made 22 saves across six appearances in 2019 and 2020. Giantsopoulos, who sports the best save percentage of any CPL goalkeeper at 81.48 per cent, appeared once for Cavalry at the Island Games.

Newcomer Cordova, 24, failed to get off the ground for the Cavs in his first season in Canada after injuries sidelined him for nearly the entire Island Games. A powerful centre forward, the Peruvian did however manage one goal for the Cavs – a late second-round consolation against HFX Wanderers FC.