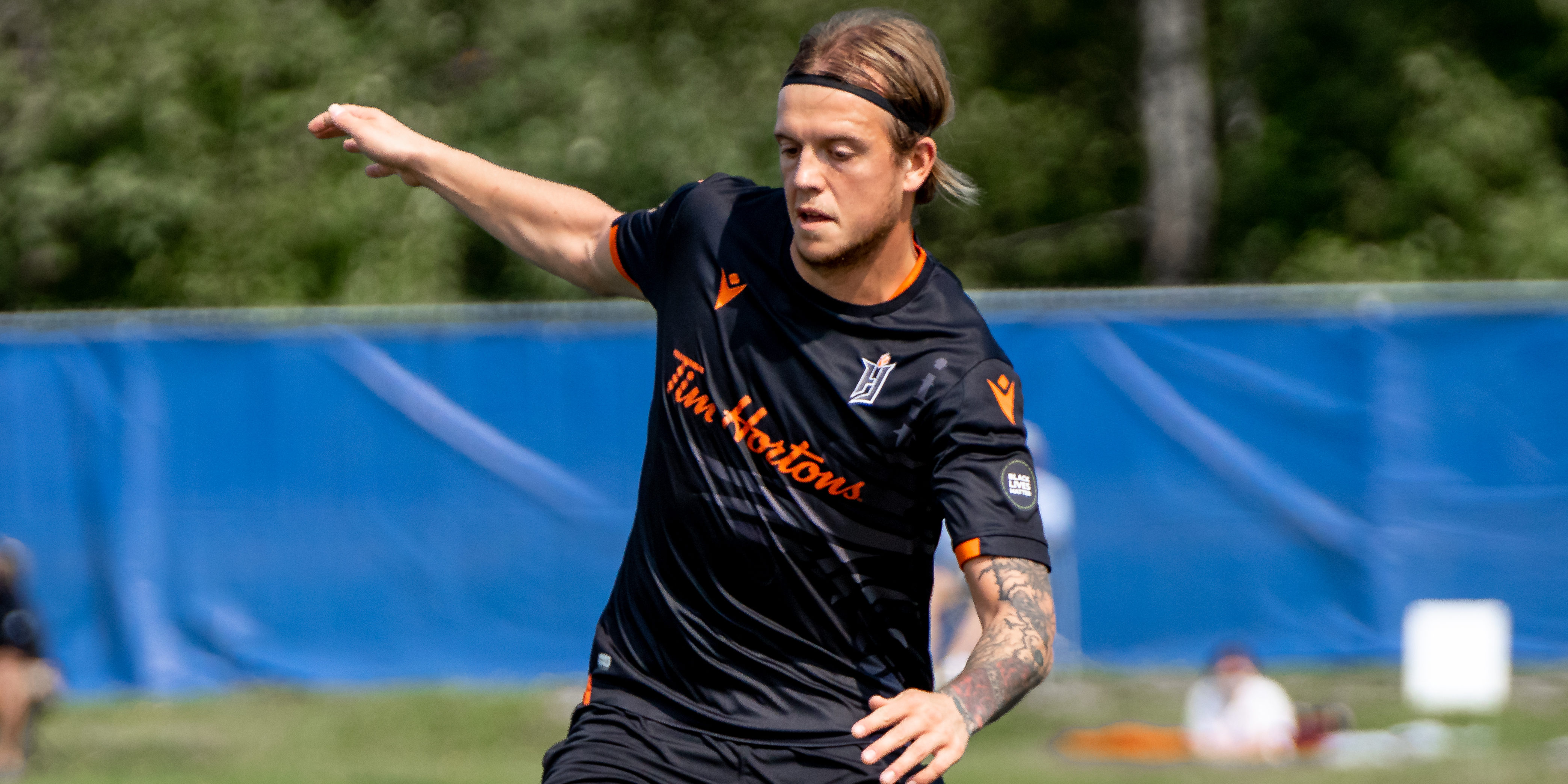 Forge FC’s bid to keep the core of its 2020 CPL Championship roster together continued in earnest on Friday, with the club announcing that key midfielders Alexander Achinioti-Jönsson and Elimane Cissé will be back in Hamilton for the upcoming season.

The re-signings of Achinioti-Jönsson and Cisse hardly come as a surprise, in light of Forge coach Bobby Smyrniotis’s comments earlier this week.

“There’s obviously a pretty distinct difference between Forge and the rest of the teams; if you look at the calendar, all the teams have been off for the better part of four and a half months and we’ve been off for six weeks,” Smyrniotis told CanPL.ca. “Our goal is to have a big part of the core back for 2021, and see where we need to make the steps in continuing to make this team a better team going forward.”

Achinioti-Jönsson, a 24-year-old central midfielder from Hittarp, Sweden, appeared in every single Forge game in 2020, starting every second-round match at The Island Games, and in all four Concacaf League contests. He scored three goals last year, including the CPL championship-winning marker with a header in the final against HFX Wanderers FC.

Over both his seasons with the Hamilton club, Achinioti-Jönsson has appeared 44 total times, playing well over 3,000 minutes. Before coming to Canada, the midfielder featured in over 100 professional games in his native Sweden, split across the country’s top and second tiers, with clubs including IFK Varnamo, Helsingborgs IF, and Hittarps IK.

Cissé has also played a major role in both of Forge’s championship-winning seasons, with 37 total appearances. He played 10 times last year, suiting up at a variety of positions as required, earning a reputation as one of the CPL’s most versatile players.

Having played for Forge in midfield, at fullback, and as a striker, Cissé can be plugged into any lineup — prompting Smyrniotis to joke at The Island Games that he might be putting him in goal next.

“He can play right wing, a number nine, played at right fullback – we knew this before he got here,” Smyrniotis said. “We studied him as a youth international with Senegal. He played as a centre-back in the Under-20 World Cup.

“He can do this very efficiently, too. He was excellent playing in that right-fullback role for us.”

Forge now has six members of the 2020 roster returning for next season, with Achinioti-Jonsson and Cissé joining captain Kyle Bekker, goalkeeper Triston Henry, and defenders Dominic Samuel and Kwame Awuah. The club will also be joined in training camp by CPL-U SPORTS Draft picks Garven-Michée Metusala and Jose da Cunha.