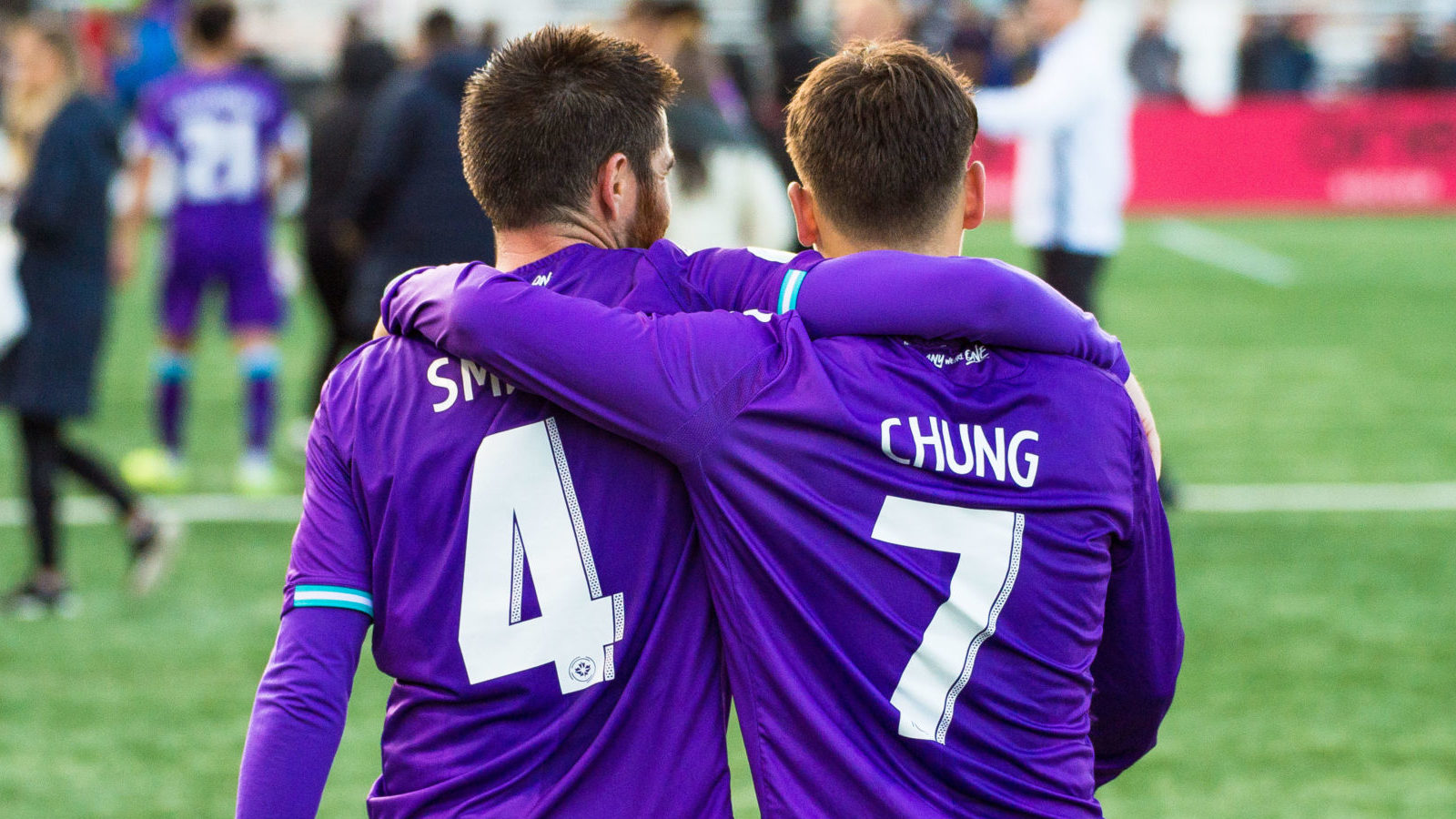 VANCOUVER ISLAND – How’s this for shaking things up?

A day after Pacific FC CEO Rob Friend shocked the Canadian Premier League with the termination of head coach Michael Silberbauer – sending a message that “everyone’s job is on the line” – the former Canadian international got what he wanted: an inspired 2-0 victory over Valour FC in the West Coast club’s final match of the season.

Starting at right wing, the 21-year-old former UBC Thunderbird had the 5,103 fans at Westhills Stadium erupting in the 12th minute with a clever bit of one-two passing with Terran Campbell. In at striker, Campbell sprung Verhoven free with a back-heel pass into the 18-yard box that Verhoven chipped past Valour FC’s Tyson Farago.

“We had to be focused for the game today, and we wanted to end well. And we did that,” Verhoven told reporters after the match. “It was a fair comment (Friend made). We’re in a professional environment, and we all have to be at our best all the time.”

“We said it in the locker room, we reiterated (Friend’s) comments that he has issued a challenge, and a bit of a threat, you know? That nobody’s jobs are safe,” added Ben Fisk, who provided Pacific’s second goal of the match.

“And in professional sports, that’s how it always is. It shouldn’t necessarily take a coach getting sacked to get our heads in it, but obviously, the reaction today was positive.”

Credit, too, to Nolan Wirth.

In his twelfth start of the season, the 25-year-old Comox, British Columbia native saved all six shots he faced, preserving his first clean sheet of the season. Wirth faced his toughest challenge of the match in the 56th minute when a Marco Bustos bicycle kick sent him sprawling to make the save.

Saturday afternoon’s match was a difficult assignment for James Merriman, stepping up as interim coach in the wake of Silberbauer’s firing.

“It’s been a tough couple of days, and what we said to the group was that they needed to go out and enjoy it today,” Merriman told reporters. “They needed to play for the fans, for the supporters.”

One player clearly enjoying the moment was Marcel de Jong, brought on in his first appearance of the season at Westhills Stadium — just his second appearance this CPL season, after rupturing his Achilles in March.

“I just wish the season was a little bit longer,” de Jong told CanPL.ca. “But it felt good to be out there – especially with a great crowd today, almost sold out. It was amazing, and good to be back.”

‘It’s been a blast’: Pacific supporters reflect on debut season

For all but two of Pacific’s home games, supporter Jacob Burnley has made the 100-kilometre drive from Nanaimo to Langford: back and forth down the Malahat Highway.

It’s still a scenario the Lake Side Buoys supporter shakes his head when thinking about.

“If you would’ve told me three, four years ago that we’d have this, I’d have a hard time believing you,” Burnley told CanPL.ca. “It’s been a lot of fun. I like supporting the local guys.”

“As someone who was born here in Victoria, to have a professional soccer team here is massive,” he said.

For anyone who has been to see Pacific FC at Westhills Stadium, the supporters’ section in the east end—flags waving, smoke billowing—has been hard to miss.

“I’ve made a lot of friends. There’s a real camaraderie,” said Burnley.