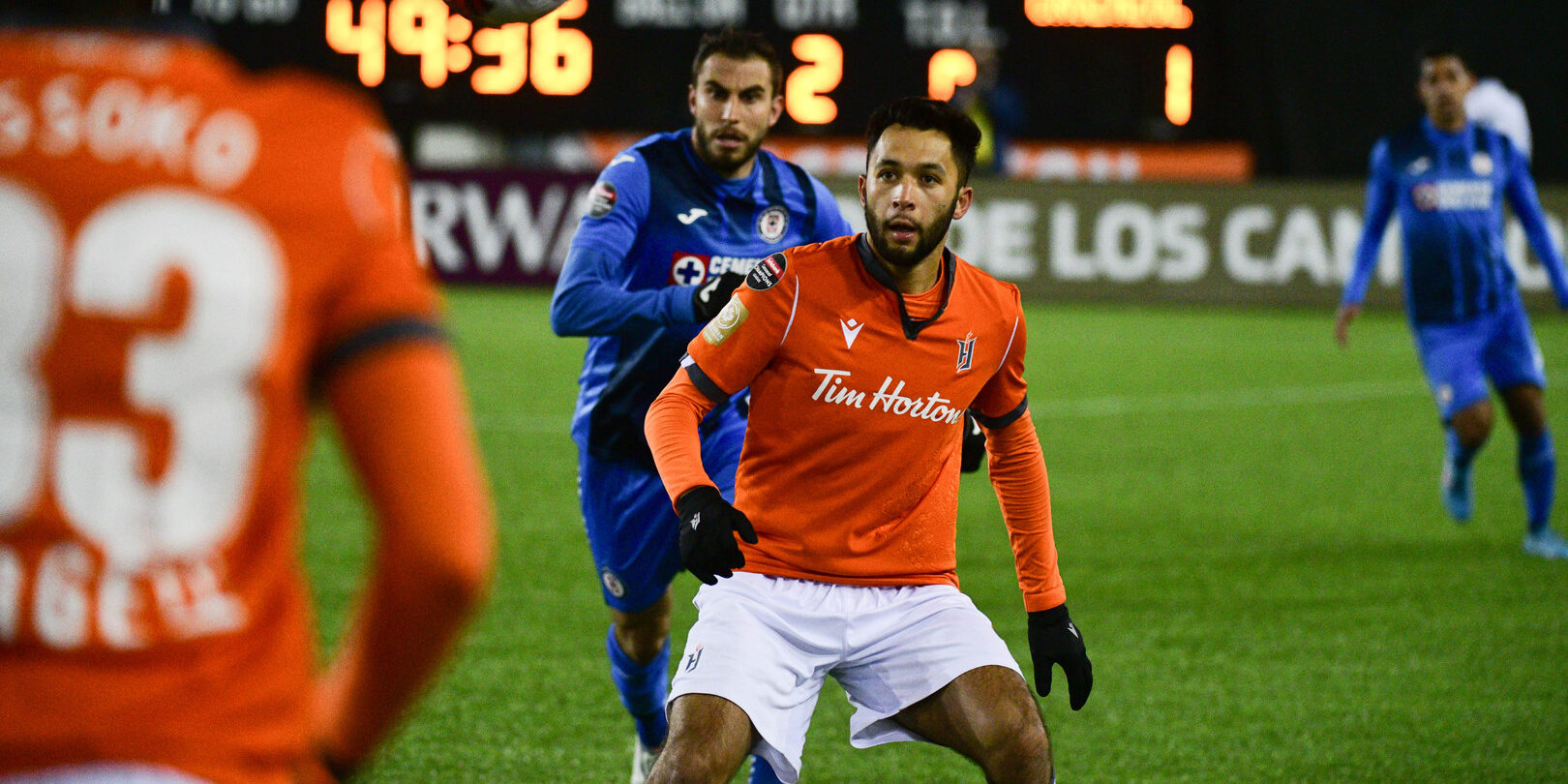 Once more unto the Azteca, Canadian soccer fans.

Few words in the footballing lexicon inspire more awe than the name of the fabled Mexico City cauldron, where Pelé and Maradona once dazzled crowds of over 100,000 in their World Cup climaxes. Not so long ago, a Canadian team stunned their hosts with a valiant performance on that famous pitch.

This week, it’ll be Kyle Bekker and Tristan Borges walking that same ground, as Forge FC take on Cruz Azul in the Concacaf Champions League.

In last Wednesday’s first leg of this round of 16 tie, Forge did well on home turf to hold the Liga MX giants to a 1-0 win at Tim Hortons Field. The Canadian Premier League outfit certainly impressed the opposition in their first-ever foray into this tournament, giving the much more established Mexican side a lot to think about in Leg 2.

This Thursday’s reverse fixture, though, will be a different beast entirely. The Azteca, with its cavernous grandstands and vast grassy pitch, sits 2,200 metres above sea level — more than twice the altitude of, say, Calgary — which will make a 90-minute dogfight all the more difficult for a Forge side that’s not at full match fitness.

“Coming here and preparing for a day to play at altitude is always a difficult thing,” Forge coach Bobby Smyrniotis told media on Wednesday. “So we have to make sure we get our tactics right on the field in order to counteract those elements that we really can’t control.”

Not to mention, of course that this may be the biggest crowd Forge have ever played against in the massive venue, which will be far from packed full but should still hold a strong contingent of local support.

Also not helping the case is the fact that Cruz Azul have played 31 home games since 2008 in the Concacaf Champions League, and lost just two of them: in the 2008 final to Atlante, and in last year’s semi-final to eventual champions Monterrey.

Still, this Forge side has made a habit of defying the odds in their continental adventures so far. They’ve already beaten far older clubs with richer histories and much higher wage bills, doing so repeatedly en route to qualifying for this competition in the first place.

Cruz Azul, under Peruvian manager Juan Reynoso, will want to come out strong at home rather than allow Forge to play to them, so expect a stronger lineup than they started in Hamilton last week. They’ll be riding some confidence into this game, having thrashed Toluca away from home by a 4-1 scoreline on Sunday in league play.

“I expect them to go at it from the beginning whistle,” said Forge defender Dominic Samuel. “They’re at home, they have the elements, the stadium… (They’ll) try to get a second one on us so they have that 2-0 advantage to put us on the back foot but if we stick to our game plan and take it minute by minute, we can get a goal, maybe another one.”

With six games played in the Liga MX Clausura campaign so far, Cruz Azul are 4-1-1, third in the table. Despite all the new faces they brought in over the winter — Carlos Rodríguez, Uriel Antuna, and so on — they haven’t really missed a beat in this season.

It’ll be a warm evening at the Azteca — a balmy 18 degrees at kickoff — as Forge attempt to channel some of the stadium’s epic moments past and slay Goliath in his own lair.

All CPL and Concacaf Champions League matches are available to stream on OneSoccer, or on TELUS Optik TV Channel 980.

“You know you’re coming to a cathedral of football here, where a lot of great moments have happened. But I think like everything that’s a very monumental thing, you take a few pictures, you move on, and you get ready to play. The same way teams come into our region and maybe see the Falls, take some pictures, and then get ready for the match.” — Forge coach Bobby Smyrniotis

“I think we showed them that we can compete. They’re a big Liga MX club, but we showed them can go out there and go toe-to-toe with them.” — Forge defender Dominic Samuel