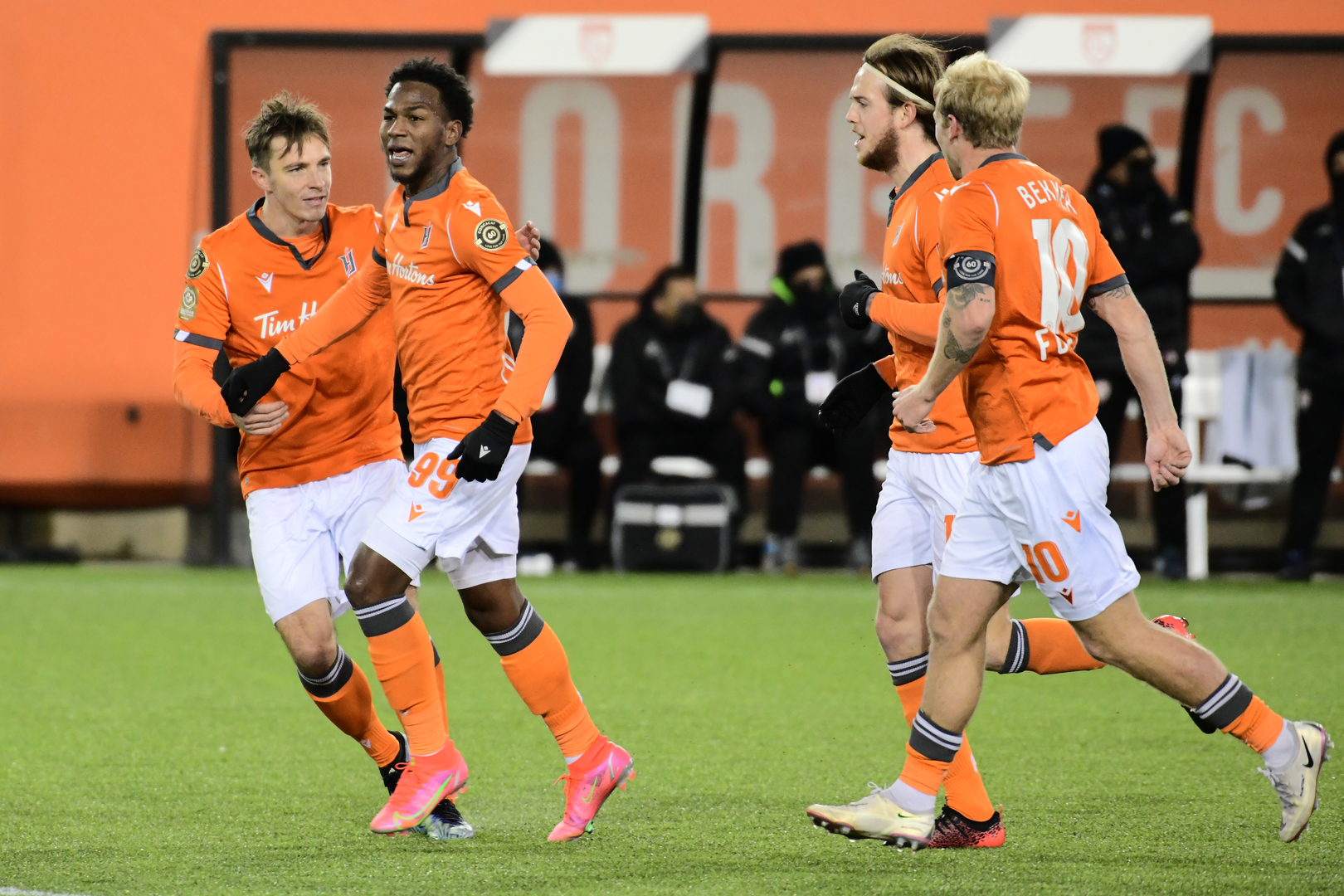 History will be made once more at Tim Hortons Field on Wednesday night, as Hamilton becomes the fourth Canadian city — and the first Canadian Premier League venue — to host a Concacaf Champions League match. Forge FC will play host to Mexican giants Cruz Azul in leg one of the round of 16, hoping to write another chapter in the remarkable story of their continental adventures.

Forge earned their spot in the region’s premier club competition in 2021, by advancing to the semi-finals of the Concacaf League. They defeated CD FAS (SLV), Independiente (PAN), and Santos de Guápiles (CRC) in two-legged ties before bowing out in a hard-fought contest against Motagua (HON). Cruz Azul, meanwhile, booked their ticket to this year’s CCL by winning the 2021 Clausura championship in Liga MX, beating Santos Laguna in the final last May.

The Concacaf Champions League — and the various editions of the competition that preceded it — has long been the top club tournament for North and Central America, though it has long been dominated by Mexican teams, who have claimed the trophy every year since 2006 (and 37 times in total since 1962). The winning club earns the right to represent Concacaf at the FIFA Club World Cup, which was most recently won by England’s Chelsea FC.

As such, this matchup with the top-seeded club in the tournament will provide Forge with a thrilling opportunity to test themselves against the best.

RELATED: Forge become first CPL team to play in the Concacaf Champions League: How did they get here? || Who are Cruz Azul? Breaking down Forge FC’s Champions League opponents

Wednesday night will see Forge return to the pitch for the first time in 2022, having played most recently in early December when they fell 1-0 to Pacific FC in the CPL Final. They’ll be bolstered by a number of recent additions to the squad, including former Pacific standouts Terran Campbell and Alessandro Hojabrpour, as well as veteran fullback Ashtone Morgan — who has more CCL experience than any other Canadian player, having helped Toronto FC to the tournament’s final in 2018.

Plus, Bobby Smyrniotis’ Forge side will have most of its regular core back for this game, including Kyle Bekker, Tristan Borges, Alexander Achinioti-Jonsson, and many others from the squad that has reached three consecutive CPL Finals.

Cruz Azul, meanwhile, enter this game in mid-season form, having played five times already in the Liga MX Clausura campaign. They sit fourth in the table with a 3-1-1 record, though they lost 2-1 at home over the weekend to Necaxa. They finished eighth in the Apertura season after winning the prior year’s Clausura title.

Juan Reynoso’s side played in the CCL last year, going all the way to the semi-finals (defeating Toronto FC in the second round). They have been crowned champions of Concacaf six times in their history — most recently in 2014 — which makes them the second-most successful club in the competition’s history.

Forge will hope to put up a good fight in this home leg on Wednesday, before the tie shifts to Mexico City — and the fabled Estadio Azteca — next week for the reverse fixture. The current forecast is for very mild conditions in Hamilton (about eight degrees Celsius at kickoff), although the Tim Hortons Field turf will be much more familiar to the Hammers than the visiting Mexican side.

All CPL and Concacaf Champions League matches are available to stream on OneSoccer, or on TELUS Optik TV Channel 980.

“Like I’ve always said, it’s a game. Twenty-two guys on the pitch, a lot of fans in the stands making noise, and we want to make them as happy as possible… The event is the event. In year one of our existence, a couple months in we were playing in Concacaf League and not many people gave us a chance in that competition being a new team. This is a new competition, but we’ve earned our spot here, and we’ve earned our reputation for doing well in Concacaf.” — Forge FC coach Bobby Smyrniotis

“We’ve been the underdog before, and we know what we’re going to come up against tomorrow night. It’s a matter of just harping on those finer details, get guys ready to compete, and remember that we’re playing at home and we’ve got to play for a result.” — Forge FC captain Kyle Bekker