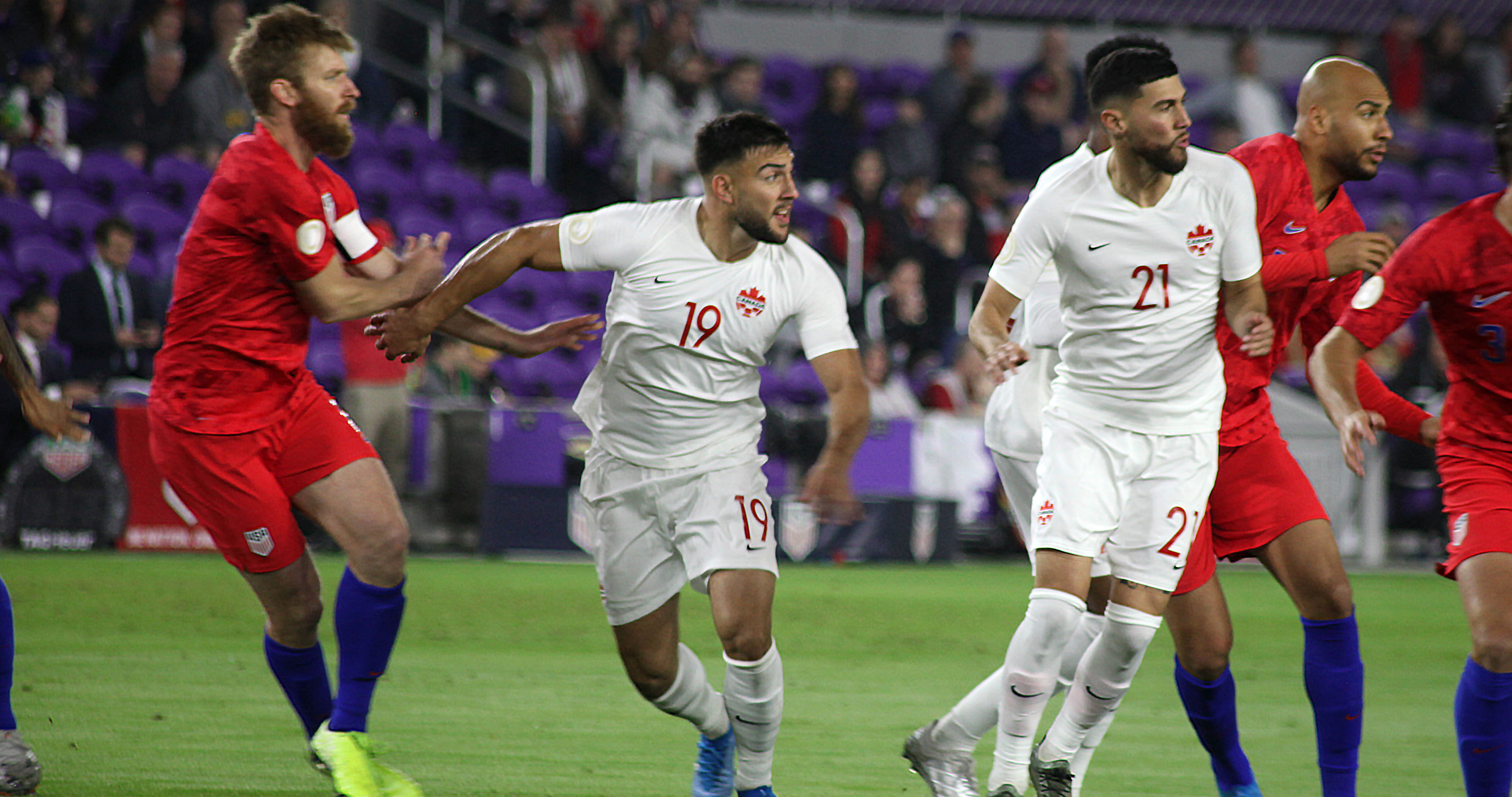 Canada’s loss to the United States on Friday wasn’t a case of chickens coming home to roost, but rather an entire hen house.

A month ago, Canada humbled the U.S. in Concacaf Nations League play by earning a historic 2-0 win in Toronto, its first victory over the Americans in 34 years.

Its pride stung from that defeat, the U.S. turned the tables and exacted revenge in the cruellest of fashions via a convincing 4-1 victory on a rainy evening in Orlando.

Believe it or not, this wasn’t as close as the final score indicates, with the Americans completely outplaying a limp Canadian side that trailed 3-0 after 34 minutes, and was let down by underwhelming individual performances from key players and undone by some very slopping defending. Had the U.S. not took its foot off the gas in the second half, the damage could have been far worse for Canada.

A draw on Friday would have meant a first-place finish in Group A for the Canadians, as well as securing them a birth at next summer’s Concacaf Nations League finals. Instead, their fate is now out of their hands.

With nine points, Canada still tops Group A, ahead of the U.S. (six points) and pointless Cuba. But the Americans have a game in hand, and play away to Cuba in their group-stage finale. The U.S. has a superior goal difference, the first tiebreaker, so if the Americans beat hapless Cuba (and they will, so don’t hold out hope for a miracle) they’ll win the group and advance at the expense of Canada.

How things can change so quickly and turn on a dime. The 2-0 victory at home last month spurred hope that Canada had finally turned the corner – that it could be considered among the elite nations in Concacaf and qualify for the 2022 FIFA World Cup. Serious doubts about Canada’s credentials will be raised after this embarrassing performance, and this loss also harms the Reds’ chances of advancing to “the Hex” in World Cup qualifying for the first time since 1997.

Serious questions must also be asked of Canadian coach John Herdman. His decision to play attacker Alphonso Davies at left fullback proved disastrous. The young Bayern Munich star was out of his depth in what was easily his worst showing for the national team – this after he brilliantly spearheaded the attack with forward Jonathan David in Canada’s win last month.

Herdman defended the decision to play Davies at left fullback, calling it a “no-brainer,” and stating the teenager is “the best left-back in Canada, without a doubt.”

“Alphonso, he’s been playing fantastic at Bayern Munich at left back; he’s been touted as hitting those world-class standards in recent games,” Herdman told reporters in the post-match press conference.

That might be true, but the teenager also plays with teammates of a far greater calibre at club level than with the Canadian national team. Mistakes he commits as a left fullback for Canada are ruthlessly punished by opponents, as the U.S. showed on Friday. At Bayern, his shortcomings at the left back position aren’t as grievous thanks to a much stronger supporting cast.

Also, why did Herdman go with a centre-back pairing of Doneil Henry (coming back from suspension) and Steven Vitoria, when the Vitoria and Derek Cornelius partnership worked so well the last time out?

Canada dominated possession (63.6 per cent) and out-passed the U.S. by a wide margin (520-301). Statistical dominance aside, the visitors were outmuscled in midfield and were made to pay for their defensive errors.

“In my mind, when I look at the performance, the difference is they were bloody clinical tonight,” Herdman said of the U.S.

Herdman made two lineup changes from last month, drafting in Henry and forward Lucas Cavallini for Cornelius and Kamal Miller. Herdman’s counterpart Gregg Berhalter made seven changes, including three in defence. He also had to do without the services of goalkeeper Zack Steffen, midfielder Michael Bradley and attacker Christian Pulisic, who were all unavailable due to injuries.

It was a disastrous start for Canada, who was put on the back foot after a giveaway by Davies in the middle of the park. The Canadians switched off on the ensuing corner kick, as an unmarked Jordan Morris volleyed home at the back-post off a deflected pass inside the box from teammate Sergino Dest. Not even 90 seconds had elapsed, and Canada was already in a hole.

A quick counter-attack lead to the U.S.’s second goal, with Gyasi Zardes nodding home a cross from Morris. The goal highlighted a series of comedic Canadian miscues, from Davies being caught too far upfield, Vitoria failing to deal with a ball played into the box, and goalkeeper Milan Borjan rushing off his line instead of holding his position.

Davies was again culpable in the buildup to the third U.S. goal, failing to close down Morris in the centre of the park and then conceding a needless foul just outside the box. Moments later, Tim Ream’s free-kick was met by Aaron Long, who took advantage of some slack defending before sending a powerful header sailing past Borjan.

A 3-0 lead for the U.S. after 33 minutes – if this was a boxing match, the ref would have called an immediate halt to the proceedings then and there, protecting a punch-drunk Canadian team that was unable to defend itself.

Matters grew worse for Canada in the first minute of the second half when Henry went down with a hamstring injury and had to be subbed out.

Canada broke up the U.S. shutout bid when Vitoria beat goalkeeper Brad Guzan with a header off a corner kick.

It was too little, too late. Any chance of a Canadian comeback was snuffed out by a sturdy American defence expertly quarterbacked by John Brooks, and another Zardes goal late in regulation time.

Cavalry FC defender Dominick Zator and FC Edmonton’s Amer Didic were on the bench for Canada but did not feature on Friday.

NOTES: Canada hasn’t won a competitive game on American soil in 19 attempts, a stretch that dates back to 1957… The U.S. plays Cuba on Nov. 19 in the group-stage finale. That match is being held in the Cayman Islands, even though it’s a home game for the Cubans – their stadium in Havana was deemed unfit to stage the contest.