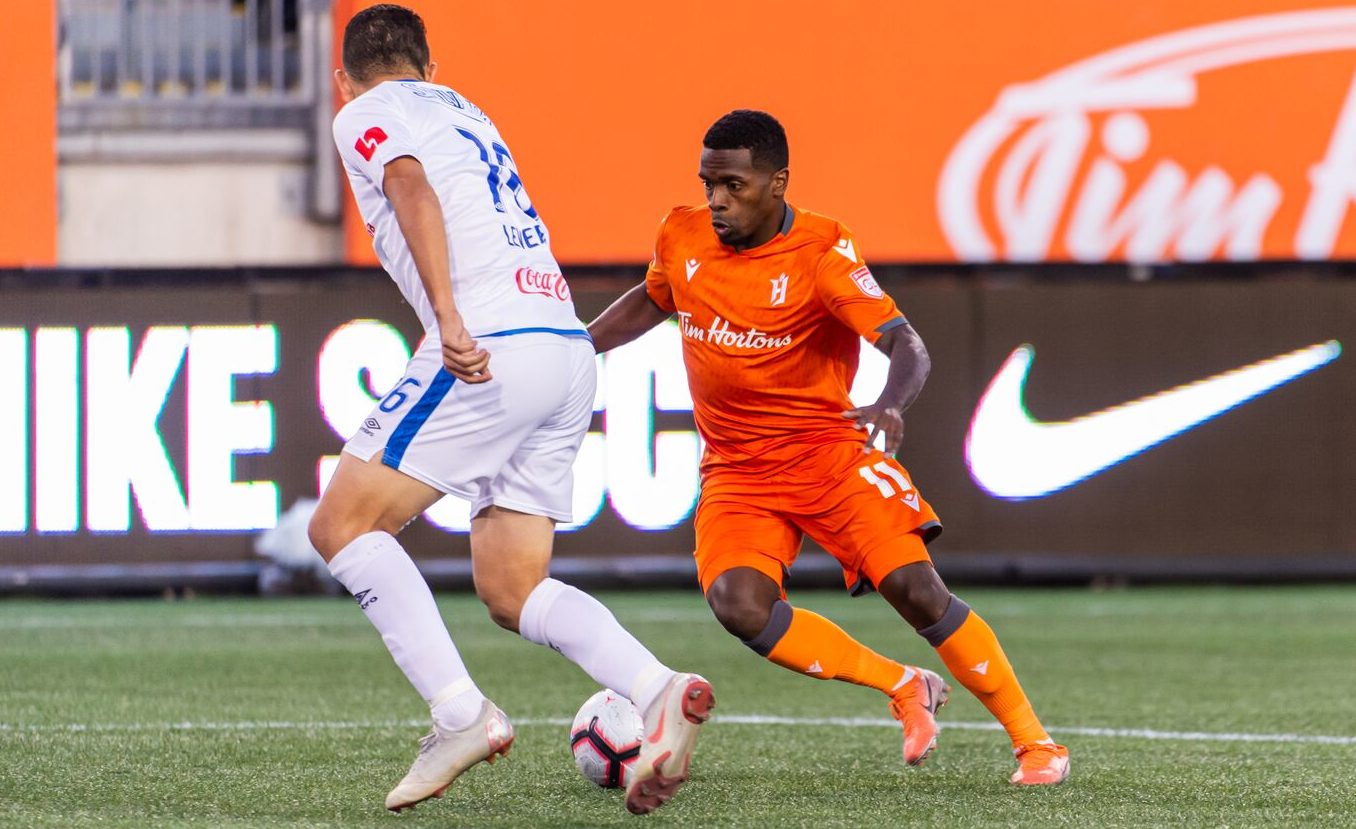 Forge FC continued to make history in CONCACAF League action, defeating C.D. Olimpia 1-0 at Tim Hortons Field in the first leg of this Round of 16 battle, setting up a slim advantage ahead of the second leg in Honduras.

It didn’t take long for the home team to unlock the visitor’s backline, as Chris Nanco found the back of the net just four minutes into the match, shimmying his way past a retreating backline before unleashing a driven shot from the edge of the box.

Nanco’s early effort was nearly undone, however, as Giuliano Frano conceded a penalty in the 22nd minute, giving the Honduran outfit an opportunity to equalize from the spot. However, Ever Alvarado’s attempt was saved by Triston Henry, preserving Forge’s clean sheet in dramatic fashion with a smart diving block.

Each team enjoyed one more close call in the first 45 – Kyle Bekker smacking the post from well outside the box, Olimpia’s Junior Lacayo line-breaking and seeing his flicked effort also hit the woodwork – but that’s as close as they’d get to changing the scoreline before half-time.

However close Olimpia got in the first half, their second-half efforts were twice as dangerous, as the Honduran outfit began exerting its attacking intentions, forcing Henry into making even more game-saving stops. A handful of close efforts through driven passes across the box threatened the Forge goal, and a scramble in the 87th minute nearly paid off, but David Edgar and the rest of Forge’s backline held firm to secure the 1-0 result.

Now, Forge looks to the second leg of this two-legged tie, which will take place behind closed doors at a neutral venue in San Pedro Sula, Honduras, due to violence in Olimpia’s Estadio Nacional in Tegucigalpa in the buildup to this CONCACAF League bout. Forge FC takes on C.D. Olimpia in this second-leg matchup on Thursday, Aug. 29 (10:00 p.m. ET, available on TSN 2).

Facing the tall task of downing one of CONCACAF’s mightiest outfits, Chris Nanco made quick work of exposing the Honduran outfit’s (albeit depleted) backline, shimmying his way to a shooting angle before scoring the game-winning goal cool as can be. What cemented his man of the match performance, though? He was still closing down on defenders in the 93rd minute mark.

It’s a case of cometh the hour, cometh the man for Triston Henry, who, beyond making a massive save on a penalty in the first half, was involved in almost every set piece routine attempted by the visitors, punching the ball over and over to deny Olimpia.

Held firm throughout 90 minutes of play and used smart positioning and poise to close down attacks before they developed into genuine threats. The Canadian international was key to Forge’s first leg success, with his experience showing throughout.