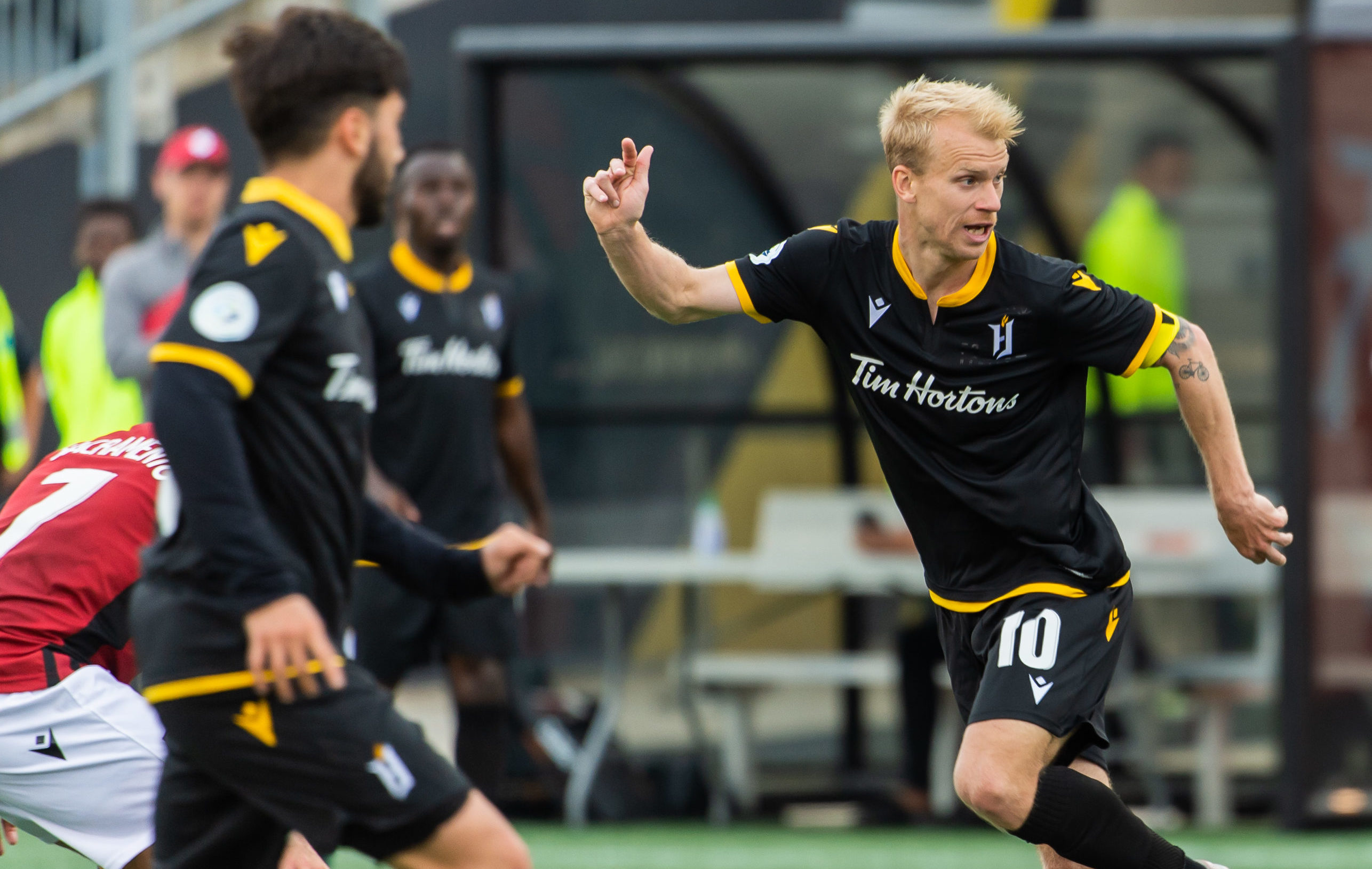 Forge FC’s outlook for 2020 is eerily similar to 2019, thanks to a roster that’s stayed mostly intact from their championship campaign.

Consistency was the key to Forge and Cavalry FC’s dominance in Year 1, pulling players from existing Sigma FC and Calgary Foothills setups, respectively. If it’s the same in Year 2, Forge will likely be contending for the North Star Shield once again.

Here’s a look at what Forge FC’s squad looks like going into 2020, with a chance to repeat as CPL Champions.

Simply put, the gang’s all here for Forge FC.

Coach Bobby Smyrniotis is executing his “two-year plan” by locking down all but three major players from the 2019 CPL title-winning team. A staggering total of 17 players are set to return: everyone from Tristan Borges and Kyle Bekker to Triston Henry and David Edgar. It’s a monumental feat – winning a championship and keeping so many quality pieces – and one done with long-term commitments that paid off.

To call this a success would be an understatement. Now, it’s only January, and players could still be sold (we’re looking at you, Borges), but to keep all but three players from a first-year North American squad is remarkable.

Well, there are only three, so we might as well list them to start: goalkeeper Quillan Roberts, defender Bertrand Owundi, and fringe midfielder Justin Stoddart.

These moves were not at all surprising, and the fact Smyrniotis was left with such minimal damage is pretty incredible.

First, Forge had a direct replacement for Owundi at centre back the moment David Edgar arrived in August. The 26-year-old Cameroonian would be, unfortunately, an easy roster cut to make despite his good early-season showings.

Roberts, too, was a decision waiting to be made. After Triston Henry firmly took the no. 1 spot, Roberts, a former Toronto FC ‘keeper, was always destined to attract attention elsewhere thanks to his name and pedigree.

As the dust settles, it’s clear Forge got off easy in terms of off-season departures.

When recently asked about this, Smyrniotis has one clear position in mind: centre forward.

Makes sense. The team “gambled” on its attacking core after Emery Welshman’s departure in August. Now with David Edgar, the player who “replaced” Welshman in tow for 2020, Smyrniotis can have both.

“We’d like to have a guy up front that’s a bit more prolific in the scoring department,” Smyrniotis said after this recent batch of re-signings. “This year we got scoring from all over, but sometimes we’re lacking the ability to score the easy goal of the game.

“These games could have been put to bed earlier.”

Forge boasted the third-best attack in the Fall season in 2019. Not bad, but York9 FC was better than Forge with a 1.75 goals-per-game average, despite finishing 14 points behind in third place.

A few goals in the Concacaf League could have gone a long way for Forge, too, as they are set to return as CPL Champions after last year’s quarter-final run. Perhaps that’s the focus: find a striker that can score against rough-and-tumble teams from Central America?

Elsewhere, Forge seems to be in good shape. They’d likely prefer a competent goalkeeper to back up Henry, though, you have to wonder if they are close to the salary cap. Fullbacks are solid, lots of depth on the wings and in midfield … we could go on and on.

Smyrniotis does have a focus, albeit broad, for his 2020 recruitment: quality.

No CPL club has a better outlook at the moment than Forge FC. Reigning champions, every major player returning – it’s an incredible start to their second season.

But like any good coach, Smyrniotis will look to improve his group. Imagine adding a consistent 14-goal-scoring forward to that group? Or another premier winger? Suddenly you wonder if Forge is too far out in front of the rest of the CPL.

This is all to say: Forge’s 2020 outlook is as bright as those orange home kits.