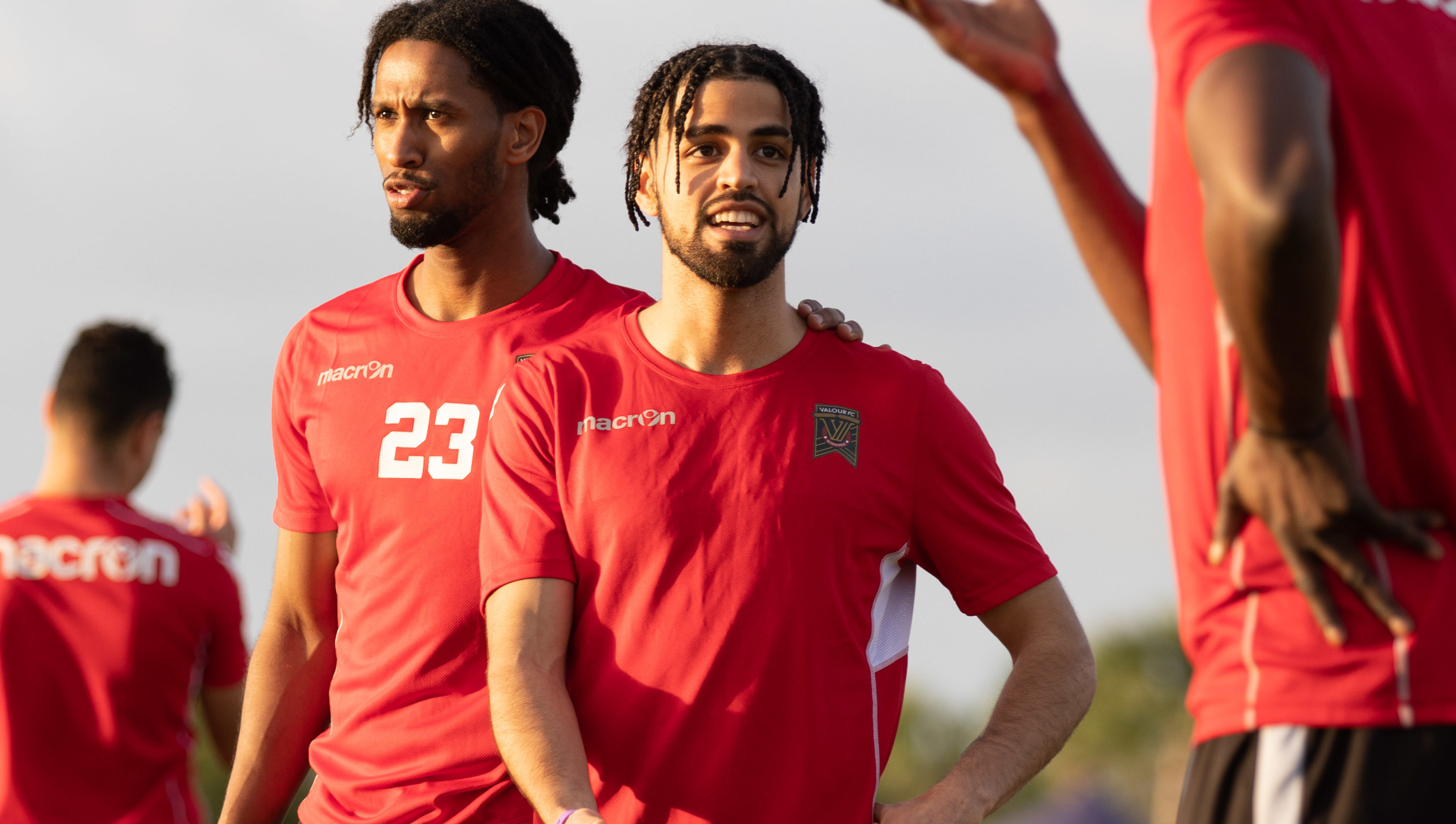 They are pleasant scents, though, for the Trinidad-born 20-year-old, who was unveiled as Valour FC’s latest signing last week before the team travelled to the Dominican to continue pre-season.

“I stepped off the plane and said, ‘Wow this smells like Trinidad, like home'” Peña told CanPL.ca with a smile. “I was so happy in that moment. I still am.”

In a poolside interview following a morning of photoshoots, Peña certainly seems in his element. That’s not to say he wasn’t in his element earlier this pre-season, either. The Manitoba native spent his formative years in Winnipeg after his family moved from a town outside of Port of Spain when he was 10.

He’s part of a large swath of Winnipegers to join Valour in its inaugural CPL campaign, initially taking a call by head coach Rob Gale to come home from Belgium to partake in pre-season and “see where it goes.”

Although he had never played with or against the likes of Tyson Fargo, Dylan Sacramento, Dylan Carrerio and others, he still feels part of the Winnipeg connection.

“I love Winnipeg,” Peña said within an earshot of onlookers.

“I know some people say ‘Oh, but it’s so cold’ and whatever, but I truly love Winnipeg. Moving to live where I have, even living in Trinidad, made me appreciate the city that much more for me.

“That’s why Valour was such a no-brainer for me, genuinely.”

Peña came to the side after stints with the U21 reserves of Standard Liege and KAA Gent.

And yes, of course he knows Canadian wonderkid Jonathan David, who broke into Gent’s first team early this season, scoring goals and becoming a fixture on the Canadian national team. They were roommates.

“We didn’t even know each other when he first came,” Peña began. “One day, someone said there was another Canadian coming. But Jonathan and I, we became really, really, really good friends.

“After every training, we’d do extra shooting, core or running drills. It shows how hard work paid off. He’s a big thing to look up to for young players. He shows there’s a way through.”

Peña will be looking for a breakout of sorts with Valour. On a team expected to rely on quality wingers like Michael Petrasso and Ali Musse, the 19-year-old will certainly be competing for playing time in Year 1.

At training Sunday, the short, athletic Peña lined up on the left but can play either side on matchdays.

Peña could showcase his versatility sooner rather than later, as Valour is set to partake in friendly matches later in the team’s stay.

“Friendlies are the best way to see how well we’re training like today. It’s a test,” Peña said. “Everyone is coming into a new system, and this is about trying to learn our game.”