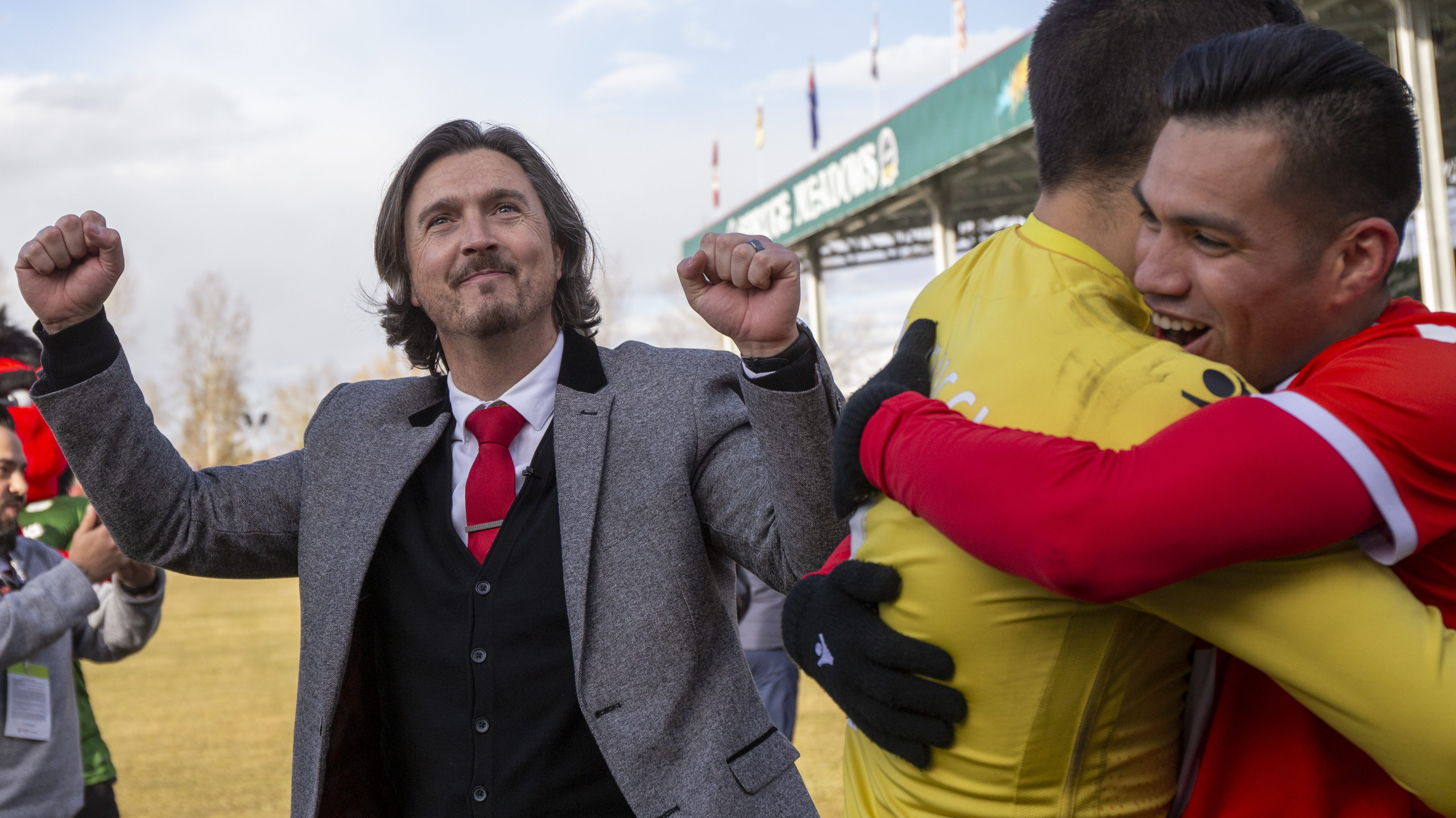 Strap yourselves in, everyone — it’s time to get irregular.

That’s probably the grossest way possible of saying that the regular season is done and dusted, and we are fully ready to witness The First Championship Showdown in CPL History ©.

I can’t imagine how you’d have found your way to this column space without already knowing the key details of the aforementioned Canadian Premier League Finals — Forge FC and Cavalry FC clash in Leg 1 this Saturday at Tim Hortons Field (3:30 p.m. ET on OneSoccer & CBC), then again in Leg 2 at ATCO Field @ Spruce Meadows on Nov. 2 (3:30 p.m. ET/1:30 p.m. MT, on OneSoccer) — but just in case, hey, now you know them.

See how I did that? That’s some professional work there, folks.

Speaking of which, this website is currently teeming with intelligent analysis and predictions surrounding the final two games of the Canadian Premier League’s inaugural season.

Should you, however, be in need of something slightly different, please see the latest installment of my Wednesday Wonders below.

Are Cavalry FC already the champions?

There’s a decent chance you’ve encountered a Eurosnob or two who’ve pointed out — unsolicited, of course — that as winners of both the Spring and Fall seasons and the overall points leader, the Calgary-based club is, in the eyes of the soccer gods, already champions.

The last one isn’t relevant to the argument, but it’s probably something that would be brought up for trolling purposes.

The point is, the North American tradition is that some kind of post-season structure determines the league’s champion. The CPL is no different in that regard. Whether the league pursues some type of playoffs in the future is another matter entirely.

But for now, let’s remember that the soccer gods — like all deities — can be praised in different ways. The schism between European and North American adherents notwithstanding, the CPL’s inaugural champion is the team that emerges from these two games with more goals. Period.

Is it too late to use extra time?

The news came out last week that the Finals would use away goals as a tiebreaker and, if that can’t settle it after two legs, we’ll go straight to penalty kicks without the customary 30 minutes of extra time.

There’s some merit to the move, including the fact that extra-time periods are often dull and cautious slogs, as both teams simply try to avoid making mistakes. Then along came Saturday night.

In the first round of the MLS playoffs, Toronto FC and DC United headed to extra time after a last-minute equalizer by the visiting American side seemed to completely deflate everyone at BMO Field. Then, shockingly, TFC exploded for four goals in the first half of extra time, to win 5-1.

Now, I’m being facetious about changing the format of the CPL Finals at this point, of course (or am I? No, I am). But with the offseason on the horizon and CPL Season Two, Three and beyond coming up quick, the debate over playoff formats is definitely gonna start ramping up.

And the outcome of Forge vs. Cavalry will surely provide some argumentative ammunition to one side or the other.

How’s the weather looking in Hamilton?

As of this writing, the forecast in the Hammer on Saturday is sunny and 11 degrees. So, really, quite a pleasant day for soccer. How will that play into the approach both teams take into the first leg?

Given the odds are decent that weather conditions could turn the second leg into a chunky, choppy horror show, will we be seeing a run-and-gun affair this week, ahead of both sides expecting to hunker down seven days later?

Or will Mother Nature throw everyone a curveball, with bucolic conditions in Calgary and an unexpected storm in southern Ontario?

Who is the team of destiny?

Let’s indulge, momentarily, in the “destiny” myth that’s customarily used to sell greeting cards and tickets to romcoms. Which team, Cavalry or Forge, are destined to claim the title?

As mentioned above, Cavalry are the statistical kings of the CPL season; add on the fact that Tommy Wheeldon Jr. and many of these players won championship honours in the PDL (now USL League Two) last season with Calgary Foothills, and the pedigree is definitely there.

On the other hand, Forge owner Bob Young was a massive driving force behind the creation of not only that club, but the entire Canadian Premier League. The First Regular Season Game in CPL History © was played at Tim Hortons Field, and the Forge roster is awash with players who possess links to our national-team system.

Just like in a romcom, we knew from very early on how this was all going to end up, as a tug-of-war between these two particular sides, both fighting for the CPL’s heart of gold. But who’s going to get that momentous kiss right before the credits start rolling?