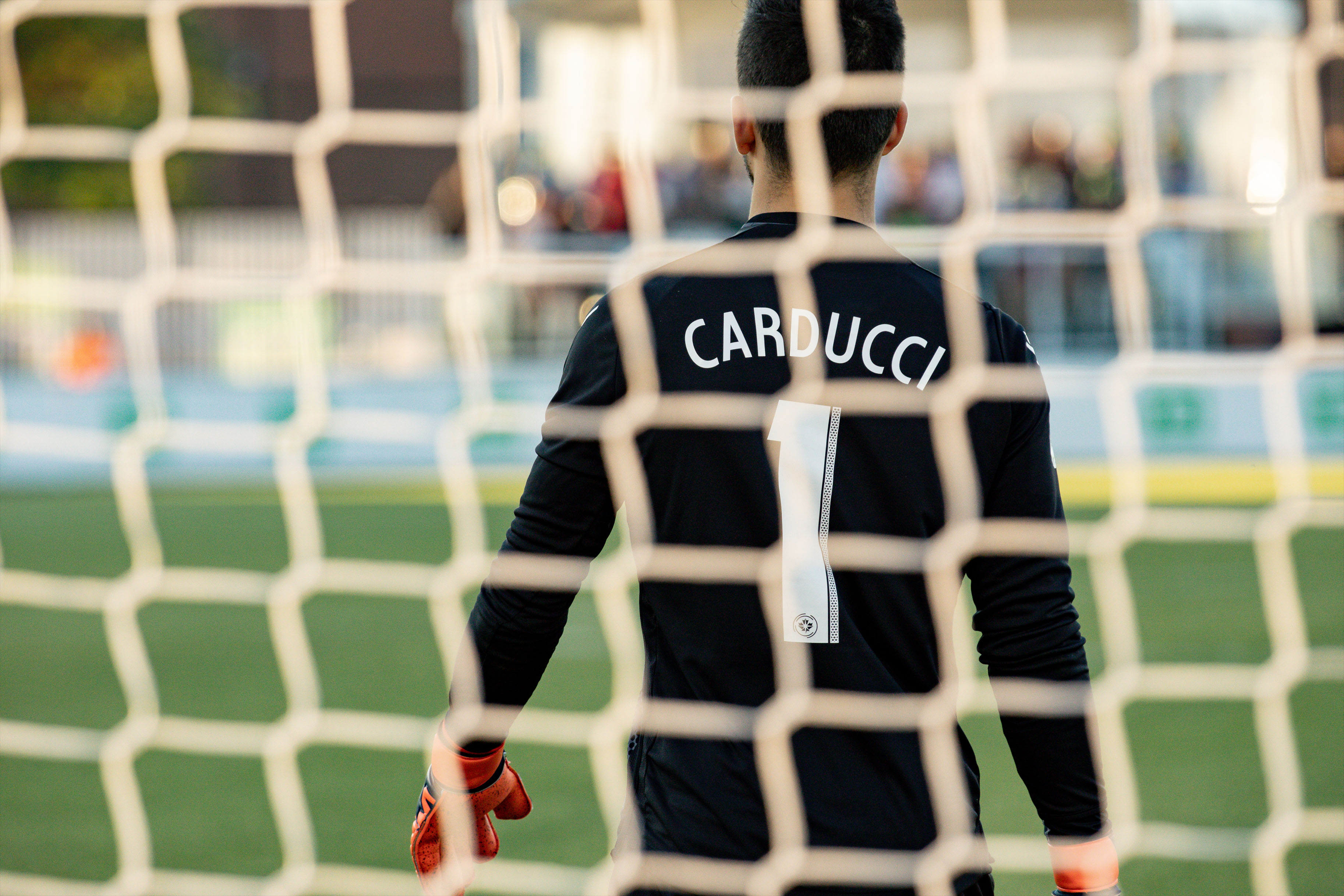 When the idea for the Canadian Premier League was first bandied about, the motivation was clear right away: Provide a platform for young Canadian soccer players to develop, play, and showcase themselves on a national, professional stage, while also broadening the Canadian national team pool.

In a year filled to the brim with historic firsts, milestone moments, and a few major surprises, the CPL made history once again on Wednesday, as Canadian men’s national team manager John Herdman named Cavalry FC goalkeeper Marco Carducci among his 24-man roster for a pair of upcoming CONCACAF Nations League bouts with Cuba, making the 22-year-old net-minder the first CPL player called up to the senior side.

“It’s a fantastic opportunity, and a fully-deserved one,” Cavalry coach Tommy Wheeldon Jr. told CanPL.ca, on the eve of the roster announcement. “I’m a firm believer that, in any walk of life, you get what you work for, and that’s a testament to Marco, his ‘keeper coach Jordan Santiago, and (fellow goalkeeper) Niko Giantsopoulos. They work very, very hard day in, day out.”

Carducci’s call-up is certainly merited. As Wheeldon Jr. points out, the young shot-stopper has been at the forefront of his team’s dominant 2019 campaign, leading the league in shutouts, helping the Cavs secure the Spring title in the CPL’s inaugural campaign, and preserving a precious clean sheet against the Vancouver Whitecaps in Canadian Championship play.

“This has given respect to the league, on the back of such a great run we had in the Canadian Championship where we knocked out the Whitecaps, and for what Forge is doing in the CONCACAF League,” Wheeldon Jr. stated. “This is great validity yet again for the league, in only our first year.”

Along the way, Carducci has led all CPL players in data-driven performance rankings, too, sitting atop the Volkswagen Premier Performer table for much of the season.

“What speaks volumes for Marco is his performance; his actions speak louder than my words could,” Wheeldon Jr. affirmed.

Indeed, those performances have turned heads, as Herdman called upon Carducci as one of three goalkeepers for Nations League action, sending a signal, as Wheeldon Jr. puts it, to the rest of the league’s Canadian talent.

And, as he recalls, it’s a realization of a goal he and the rest of the CPL had from well before a ball had even been kicked in Canada’s own domestic top-tier league.

“It’s funny; I rewind maybe two years ago, when Marco first came back to Calgary,” Wheeldon Jr. recalled. “He was second choice at Rio Grand Valley Toros. He wasn’t really getting much of a look in. This was a once-promised Canadian kid, so I said, ‘Look, come back to Calgary, there’s things coming down the pipeline, let’s have a season in the PDL with us and just get you playing.’ For him, playing would have meant more than anything.”

Carducci joins Herdman’s team having played for various youth national team setups during his teenage years, captaining Canada at the 2013 Under-17 FIFA World Cup. But this senior call-up won’t change the way Carducci approaches his club football, according to Wheeldon Jr.

“Marco’s a very unique character because he’s so level-headed, so he’ll come back and train to the perfection he puts on himself day in and day out, with Jordan Santiago,” the Cavalry coach said. “He’s really the ultimate professional. He wants to be the best every time in training.

“All this does is validate the work that he’s already put in. I don’t think this changes him, because I think he’s so level-headed. He’ll stay the same, which is why he’s so special. That’s a great attribute for an aspiring young goalkeeper.”

Canada will host Cuba at BMO Field in Toronto on Sept. 7 before heading to the Cayman Islands for a neutral venue encounter with the Cubans on Sept. 10.