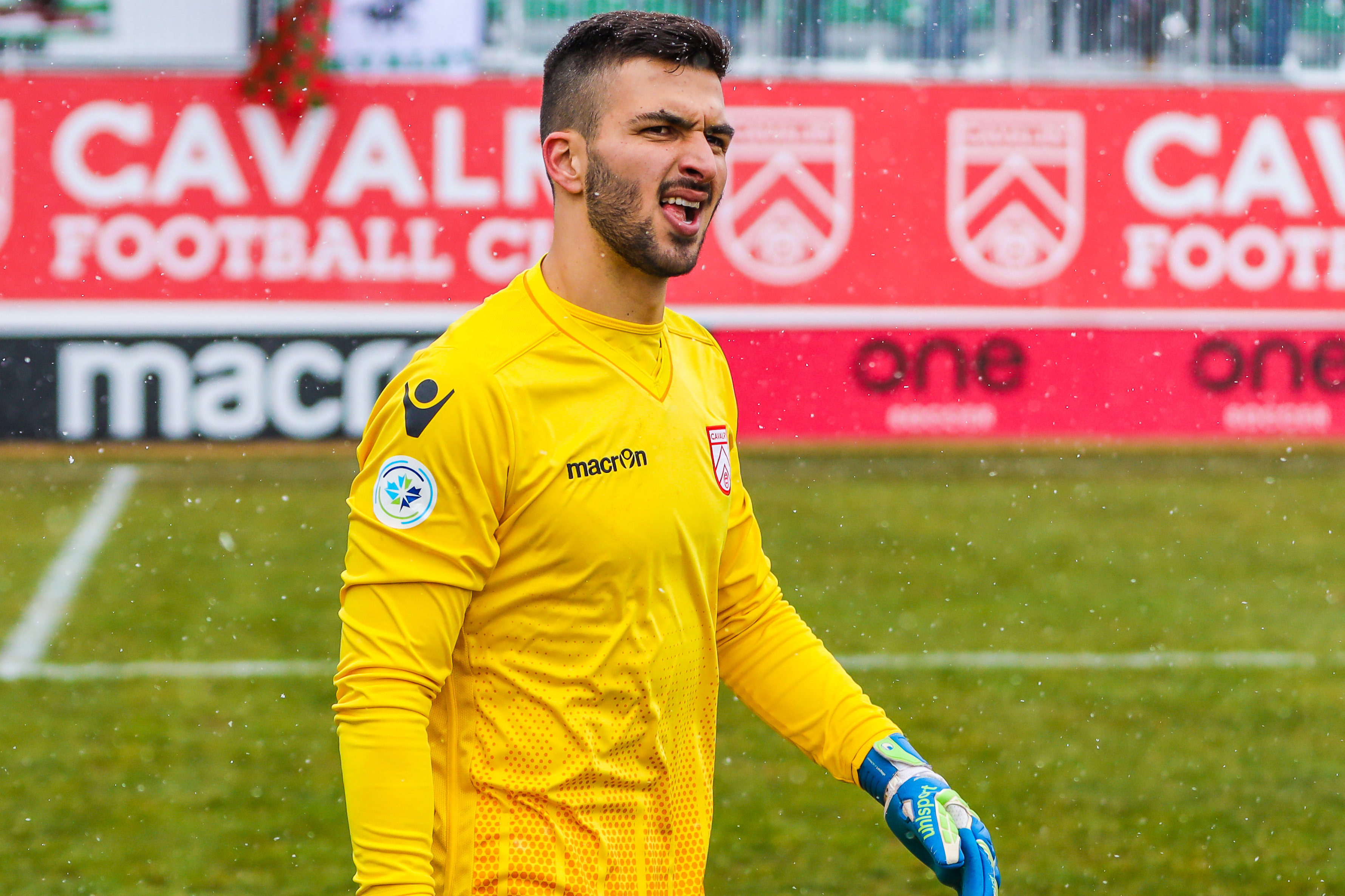 The Cavs goalkeeper was the first CPL player to get called up the Canadian national team since the league kicked off in April, a milestone that Cavalry head coach Tommy Wheeldon Jr. said Carducci “fully deserved” due to his stellar showings. Whether winning the Spring season, taking down Vancouver Whitecaps in the Canadian Championship or leading the Volkswagen Premier Performer index, Carducci has clearly emerged as a top talent in the four months since the CPL began.

To understand how he got there, and to celebrate his birthday, let’s take a look back at his 2019 CPL campaign (so far).

Early in the Spring campaign, when CPL players were largely known for their past, ex-Vancouver Whitecaps goalkeeper Marco Carducci was part of stable of Calgary Foothills players making the jump to the pro ranks after a PDL Championship in 2018. After three wins from three to start the season, the Cavs were starting to pull ahead in the 10-match Spring sprint.

On May 18 at Spruce Meadows, Cavalry faced FC Edmonton in the first Al Classico. Rivalry aside, this match was an important one for Cavalry’s Spring hopes. While Jordan Brown played hero at one end, Carducci did the dirty work at the other. This save on Marcus Velado-Tsegaye brought the home crowd to their feet. With Velado-Tsegaye’s attempt trickling towards the post, Carducci switches his balance, leaping and stretching to tip it wide.

Forced to make five saves, the 22-year-old also hinted at a calming presence at the back, completing a team-leading 39 passes on route to earning the Spring title.

Leg 1, second half against Whitecaps (CanChamp Round 3, July 10)

In what, retrospectively, was an ultra-important clean sheet to hold in the first leg of their Canadian Championship, Cavalry’s Carducci was immense against his former club. In a way, Carducci made his reintroduction to the greater Canadian soccer landscape that was eager to see how the top CPL side would match up against an MLS opponent. Early in the second half, when a clunky shot from Yordy Reyna took a difficult bounce in the turf, Carducci smartly held on, looking in full control and giving his side the boost they needed to see out the stalemate. No away goals conceded, Cavalry would go on to do big things at BC Place a few weeks later.

Arguably Carducci’s greatest piece of work in 2019 came just a few days after that first leg. York9 FC forced a season-high seven stops from the Cavs ‘keeper, with the last being his finest. Past added time, a York9 free kick dropped to Kyle Porter at the back post. Carducci rushed out quickly to close down the angle. Sprawling, arms out, Carducci made this result-saving stop look easy in the moment, with his quick thinking and positioning assisting heavily.