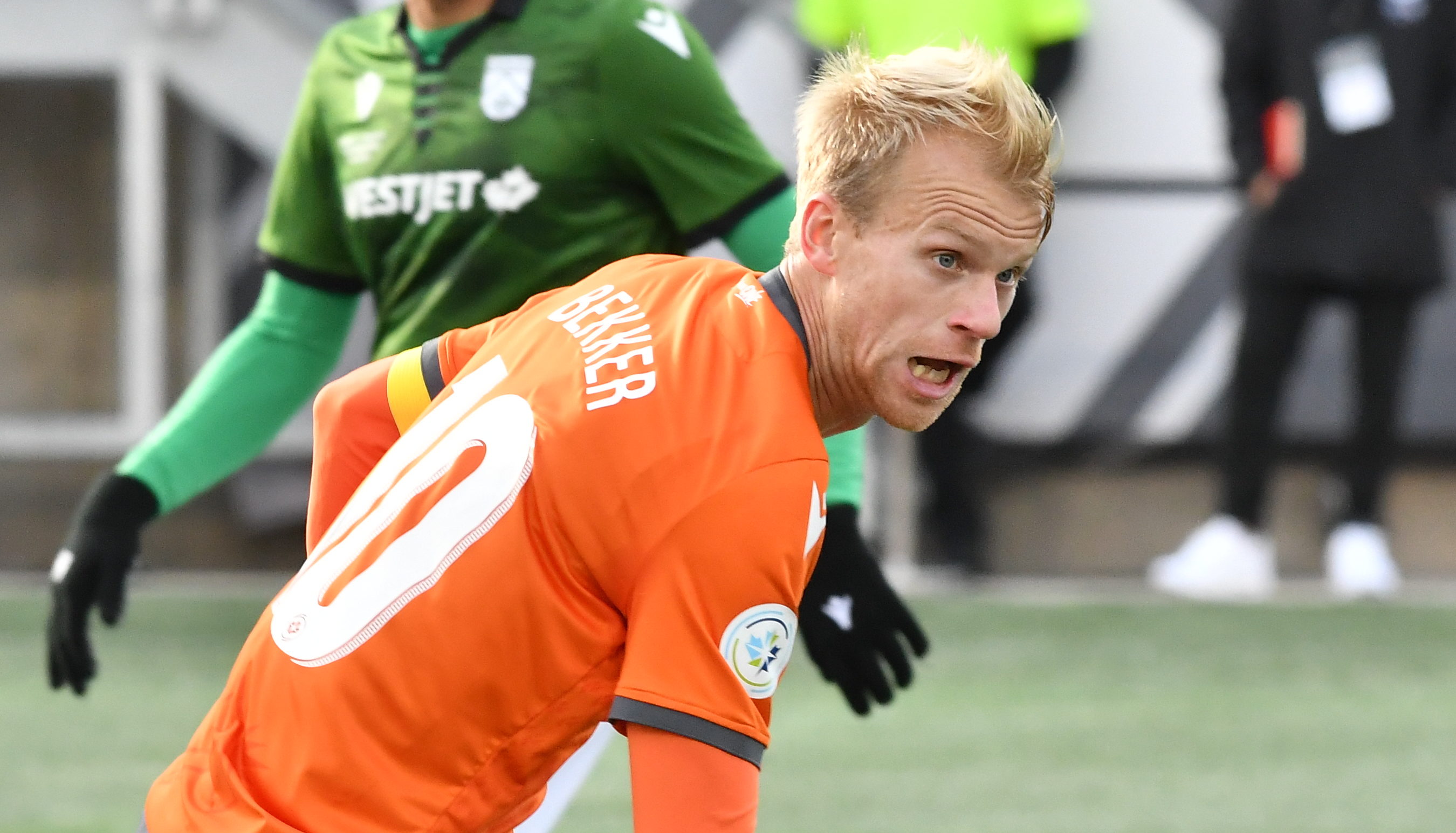 With a 1-0 home win over Cavalry FC, Forge FC achieved pretty much everything they wanted from Leg 1 of the 2019 Canadian Premier League Finals, but at a cost.

“Our performance was excellent today. We were on the front foot, we played Forge football, it’s what we want to show when we play,” Forge head coach Bobby Smyrniotis said after the match. “Our crowd was fantastic. They pushed the guys, and the environment was great.”

Indeed, 1-0 was the score, though it could well have been much, much more. Forge hit the woodwork not once, not twice, but three times – through captain Kyle Bekker, Daniel Krutzen, and David Edgar.

“We were unlucky,” Bekker said after the match, particularly rueful of his missed screamer, which rattled the crossbar tantalizingly in the first half, from well outside the box. “We had them on the back foot since the first minute. Our rhythm, we started causing problems early, so I don’t think there’s anything lucky about it.

“We were buzzing with what we did, and it’s a lot to take into a second leg.”

Grimaced Smyrniotis, when asked which smacked post stung the most: “Yeah, there was three, huh? … All of them.”

Margins are fine and having lost top-scorer Tristan Borges to a controversial red card late in the second half, perhaps Forge should have pushed for more when up a man after Joel Waterman’s first half dismissal.

“You can be a man up and throw everything forward and then something happens in the back and you’re asking me a different question,” Smyrniotis countered. “We took the game to them for the better part of 90 minutes, maybe about 80 minutes we were in their half. We got three crossbars, we’re all over them from their goal and it’s the second time we’ve done that playing them here.

“We go with that confidence and we go into the next game. We played a couple weeks ago in Calgary, we put a game-plan forward that we were ecstatic about. We didn’t come out with a result from a win, but it’s exactly what we wanted to see.”

Losing Borges, who scored the opener after seeing his penalty kick saved, will change personnel, but not policy.

“It changes the person, but it doesn’t change so much the dynamics,” said Smyrniotis. “We’ve got other guys who can come in and do the exact same job. Maybe they haven’t had the numbers, but here is one game and it’s a special game.

“And it’s the last game of the season, so whoever is going to step into that role has got to know that and is going to have to have a special day. That’s something that players look forward to.”

So, bring on the second leg.

“It’s a place where we go and we score, so we have a lot of confidence. We hope that the weather sticks and the field is in good playing condition, which every indication is it will be. It will make for a good match. We’ve gone there and we’ve played some good football in the past and we’ll continue doing that.”