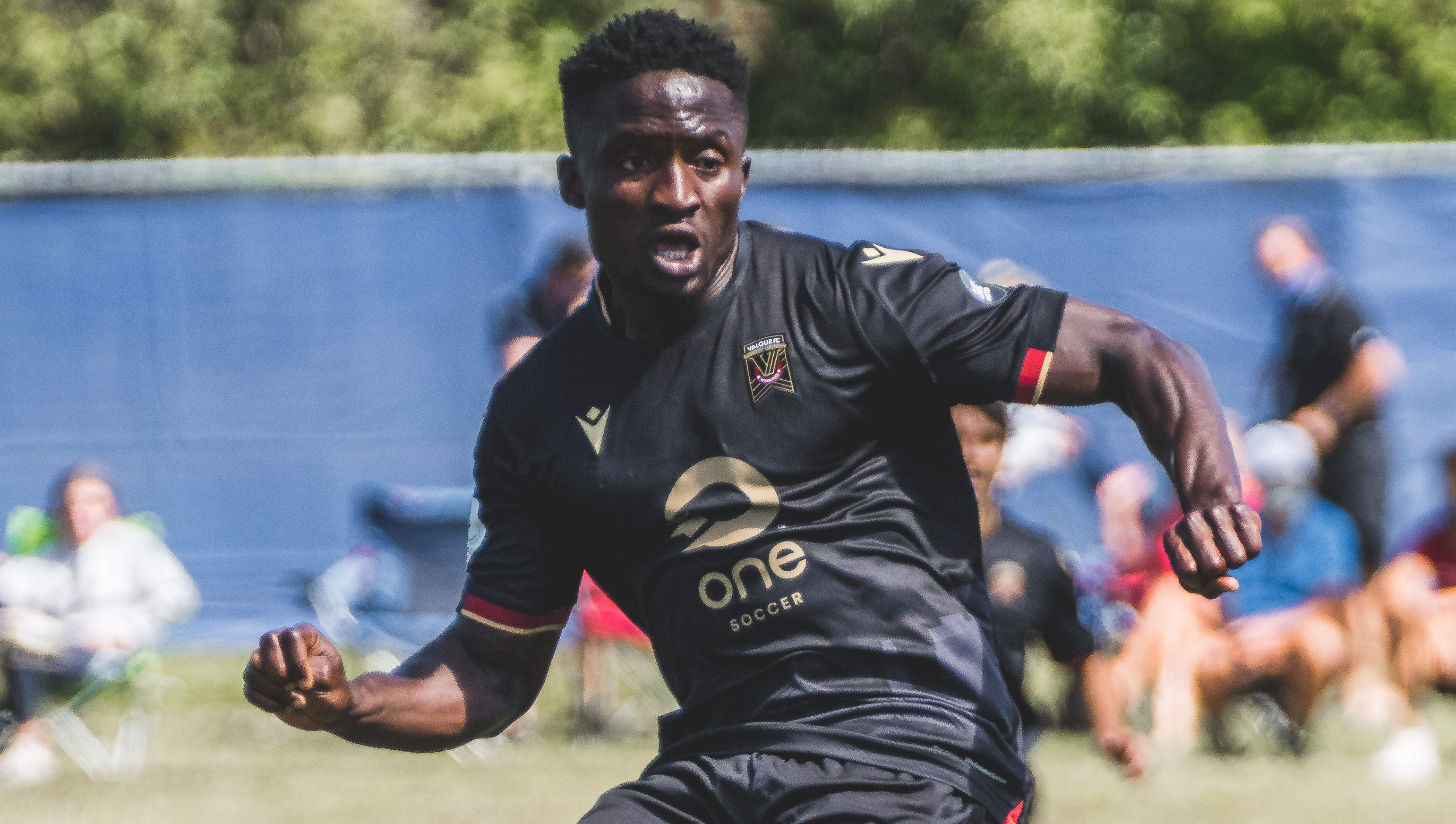 Valour FC announced the re-signing of Raphael Ohin on Friday, a move that sees the Winnipeg club bring back the athletic midfield operator for a third CPL season.

Ohin — a 25-year-old native of Accra, Ghana, who came to Manitoba to play for USL Two side WSA Winnipeg in 2016 — was a key piece in coach Rob Gale’s side at The Island Games, playing all seven matches, mostly as a defensive midfielder, emerging as one of team’s best players.

A member of Valour’s squad in its inaugural CPL season, Ohin made 22 appearances in 2019, including two in the Canadian Championship, and he cracked coach Gale’s starting 11 a total of 17 times.

“I’m excited to be back,” Ohin told CanPL.ca. “People have been asking me the question over the last few months, ‘Raph, what is next? Are you going somewhere? You had a great season last year and this year you had a good tournament? Are going somewhere?’

“The only thing I tell them is I’m happy where I am right now. I’m a Valour guy and there’s nothing better than playing in front of your own fans… I know unfortunately we couldn’t do that this year, but I knew they were watching this year. Being around these coaches and my family, those things are important. Who doesn’t want to be with their family? Family is the most important thing.”

For the 2021 CPL campaign, Valour FC has already announced the return of defender Andrew Jean-Baptiste, forward Masta Kacher, and midfielder Brett Levis. The club also decided not to renew the contract of midfielder Dylan Carreiro.