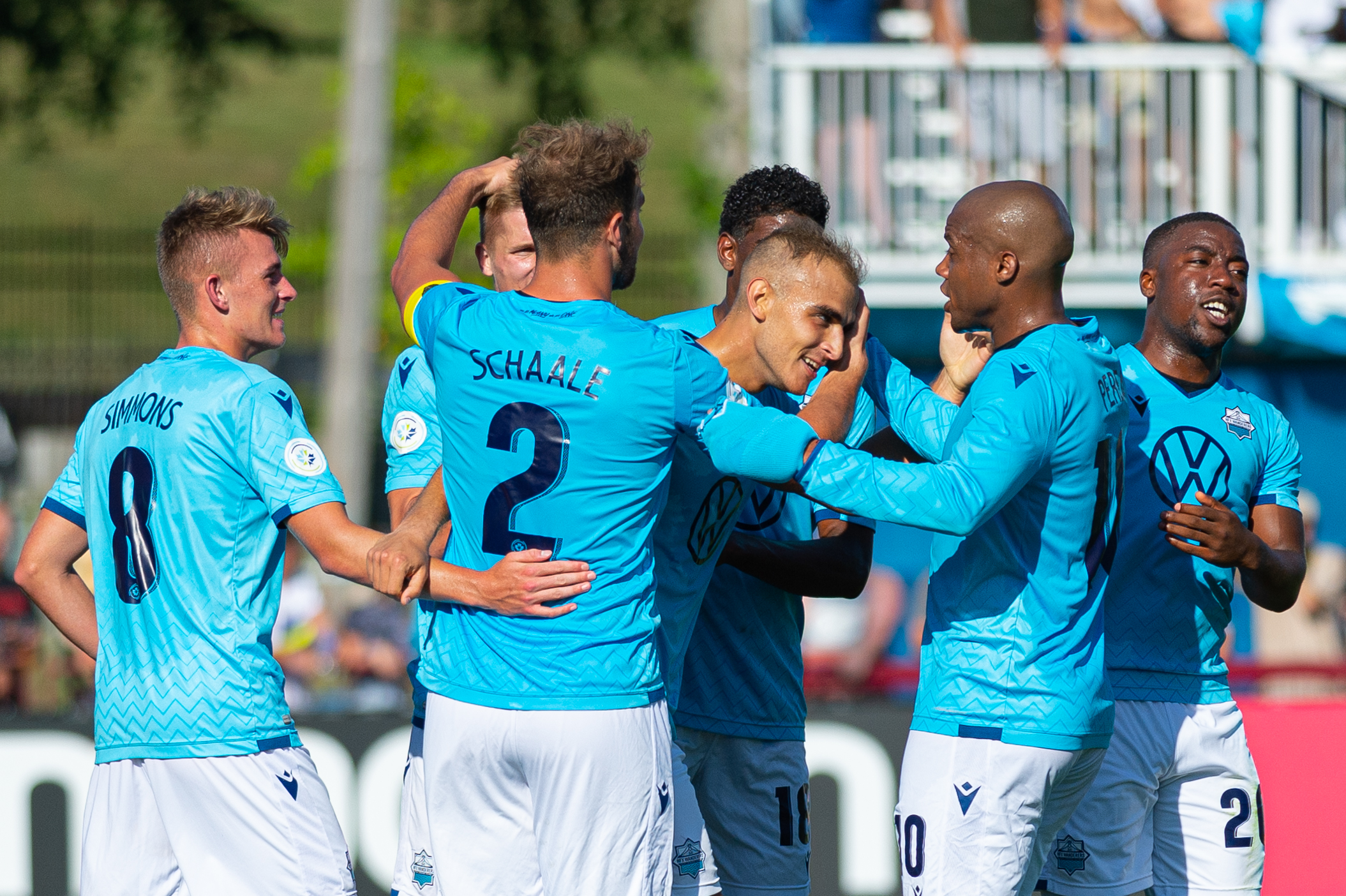 HALIFAX – It was home sweet home once again for HFX Wanderers FC.

After an 18,582 km trek around the country on the road, the Wanderers got a boost in front of the rowdy “Kitchen” at the Wanderers Grounds and ended a five-match losing streak with a 1-0 win over Valour FC.

“It was a long time coming,” said defender Matthew Arnone, who also scored the lone goal of the match.

“All credit to the fans, I think the boys dug deep, but there’s no secret that we’re a different team at home for some reason.”

The win comes on the heals of a five-game road-trip that resulted in five losses and elimination from the Canadian Championship. With the win on the holiday Monday, the Wanderers picked up its first points in the CPL since a 1-0 win against York9 on July 6.

As for being a different team at home, Arnone has a point as the Wanderers have only lost two CPL games at the Wanderers Grounds and both came against Cavalry FC.

“A lot of credit as well to the coaches for helping us be brave on the ball today and we reaped the rewards. We took the game to them. We showed them we’re the home team and today we got the result,” Arnone said.

The Wanderers got off to a solid start by dominating possession and outshooting Valour through the first 45 minutes but had nothing to show for it.

“I thought we were a little unfortunate to actually come out of the half 0-0,” said coach Stephen Hart while revealing his half-time message to his players.

“I actually said to them, if you played such a good half and all you could end up with is 0-0, you’re going to have to be better in the second half.”

Off a corner kick, Matthew Arnone did give the Wanderers gave the goal the team desperately needed en route to three points.

Hart also was full of positive affirmation for the goal-scorer on the defensive side of the ball where Arnone formed a tight seal partnered with centreback Peter Schaale.

“He covered Zoom (Langwa) well, I thought Zoom did well also, containing (Michael) Petrasso. And Mo (Kourouma) on that side, they contained him quite well,” said Hart.

“I thought he had a good game aerially, I don’t think he lost the ball, he won everything in the air then he got his head on it on the set play,” Hart said of Arnone, who was in fact a perfect six-for-six on duels won.

When Valour FC was laying on the pressure in the final emotional moments of the game, the Wanderers managed to preserve the victory.

“We’ve been in that position before, especially at home,” said Arnone.

“And Stephen, he always tells us that if one goal goes in either way, the game plan doesn’t change until it becomes do or die time and they start to get desperate.”