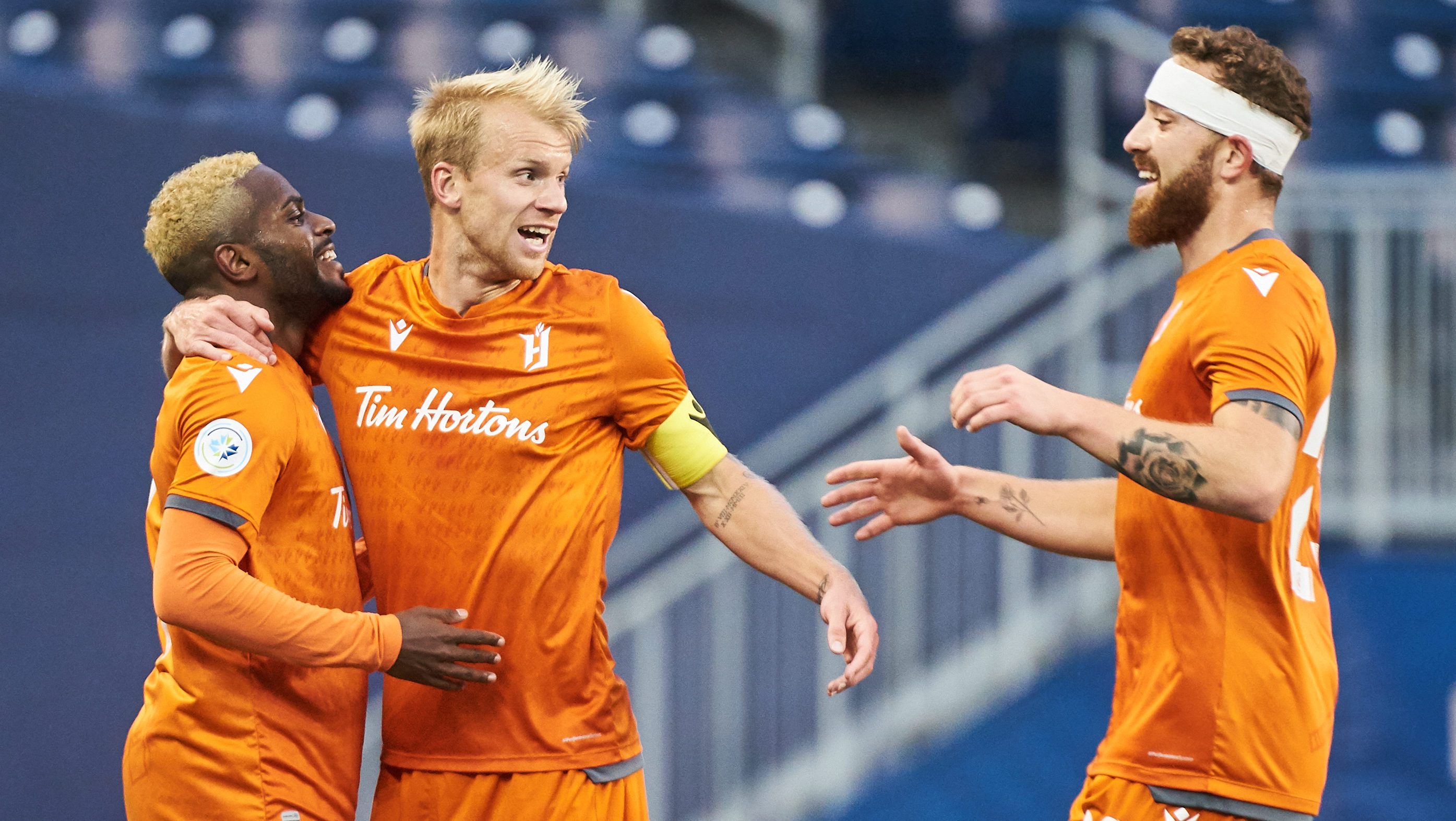 Over on the other side of the Atlantic, some of the world’s top football clubs are gearing up for yet another instalment of the UEFA Champions League. The group stage kicks off this week as one of the world’s most dramatic competitions takes the spotlight once more.

Committed readers of CanPL.ca may remember our Steven Sandor’s thought exercise in July, where he gave his take on which English Premier League side each CPL club resembles.

Not wanting to miss out on the Champions League fun, let’s broaden the scope a bit and follow it up: if your favourite Canadian Premier League team had a Champions League counterpart, who would it be?

The Netherlands’ most successful club has a reputation for fostering young talent. Their academy has produced a plethora of stars that have gone on to play all over the world, after honing their skills in Ajax’s first team.

Pacific, perhaps more than any other CPL team, is similarly reliant on a cast of young local players, having smashed the 1,000-minute plateau for under-21 contributions. The kids truly are alright both in Amsterdam and on Vancouver Island.

Both are plucky sides that can score a ton of goals, as well. Pacific didn’t quite slay a giant in a cup competition like Ajax did last season, but they’ve done pretty well this year against the CPL’s Spring champions Cavalry FC.

And yes, we know Michael Silberbauer once captained Utrecht, and that Marcel De Jong grew up in the PSV Eindhoven academy, but neither of those Dutch sides are in this year’s group stage.

Just as Atlético has had to play in the shadow of its more-successful Madrid rival, so too have the Nine Stripes had to watch their derby foe — Forge FC — float closer to the top of the table in their young rivalry.

That’s not to say that York9 hasn’t made waves in their own right; coming oh-so-close to knocking off the Montreal Impact in the Canadian Championship was perhaps reminiscent of Los Rojiblancos‘ best European nights. Atleti’s last-minute heartbreak in last year’s Round of 16 against Juventus produced a similar feeling to York9 squandering their lead over Montreal.

After Antoine Griezmann’s departure, Atleti are currently trying to sort out how to get the best out of their attacking players, with their go-to number 9 out of the picture. Similarly, York9 has tinkered with forward formations as nobody has quite seized the centre-forward role.

Don’t forget, of course, that both sides are managed by local legends. Jimmy Brennan is a footballing hero to many Torontonians, while Diego Simeone spent some of the best years of his playing career in Atlético’s midfield.

The above comparison doesn’t necessarily mean that Forge is Real Madrid. Their embrace of Hamilton’s industrial history brings them more in line with somewhere like Manchester (the world’s first industrialized city). The Hammers have more in common with the champions of England than you might think, from their high-octane attack to their recent success against derby rivals.

Both sides have a key Belgian contributor, with Kevin De Bruyne an indispensable part of City’s midfield and Daniel Krutzen proving to be a virtual Swiss Army Knife in Forge’s defence. They’re two of the deepest squads in their respective leagues, especially in attack, with goals coming from all over the lineup.

Pep Guardiola’s men can dominate a game with possession, or they can rip apart an opponent on the counter-attack. Both of those styles have factored into Forge’s play as well, and (like City) they’ve tended more toward dominant build-up play as they’ve become more comfortable with each other.

Two blue-shirted sides based out of historically-significant port cities? It’s an easy comparison to make. Napoli play their matches at the fearsome Stadio San Paolo, which is notoriously one of the toughest away trips in the Champions League (especially with the recent resurgence of I Partenopei in Serie A).

Just like HFX, Napoli makes full use of their home field advantage. They lost just three times at home across all competitions last season, including memorably taking down Liverpool at the San Paolo in the Champions League. To compare, only Cavalry has ever beaten HFX in a CPL match at Wanderers Grounds.

Napoli’s manager, Carlo Ancelotti, favours a free-flowing attack with plenty of wide play. Up front, he has a tried-and-tested forward in Dries Mertens, who can score them himself or drop deep to set up teammates. Next to him this year should be Hirving Lozano, who can finish with the best of them. There are shades of a partnership like that in the Wanderers’ tandem of Luis Alberto Perea and Thomasz Skublak.

We matched the Eddies up with Chelsea last time around as well, and it still makes sense. FCE certainly had to align with a Premier League side, considering the physical edge they typically play with, but the similarities go further than that.

Coming into this season, there were plenty of questions around Stamford Bridge about where the goals would come from after Eden Hazard’s departure. Enter 21-year-old Tammy Abraham, a Chelsea academy product who’d spend the past three years out on loan. He’s already bagged seven goals in this young Premier League season.

Which CPL side also had questions about their attack answered by a 21-year-old striker? Yep, FC Edmonton. Easton Ongaro’s emergence as a top goalscorer fuelled the Eddies’ surge toward Fall title contention in July and August.

The Blues definitely aren’t a side that’s known for filling their squad with academy players, but their transfer ban has led manager Frank Lampard to lean more on homegrown talent for this season (bringing them closer to FC Edmonton’s academy-heavy approach).

Okay, hear us out; this isn’t just because of Valour’s big win over the weekend.

Both clubs play in cavernous stadia in front of a passionate fanbase. Both squads feature a solid core of local players supplemented by international talent — consider, too, both sides’ recent acquisition of a European striker in Antoine Griezmann and Michele Paolucci.

Finally, if there was one player in the CPL whose style could be most plausibly compared to the venerable Lionel Messi, would it not be Marco Bustos? Watch his first goal against HFX a few weeks ago to see a dribbling ability that could’ve been honed on the training pitch of La Masia.

We were going to link Cavalry with Liverpool again, but noted Everton fan Tommy Wheeldon Jr. might never have forgiven us.

So, it’ll have to be the Italian giants Juventus, as we compare two sides who ran away with their most recent league title (the CPL’s Spring competition for Cavalry, of course). The current gold standard in Serie A can thus be compared to this year’s most dominant CPL team.

Surely a dominant side led by players with names such as Marco Carducci and Nico Pasquotti can be fairly associated with I Bianconeri, right? Cavalry is a well-organized side that Maurizio Sarri could certainly appreciate, and both teams are dangerous on the wings.

Both clubs have well-established youth setups as well, with a significant portion of Cavalry’s roster suiting up for Calgary Foothills at some point.