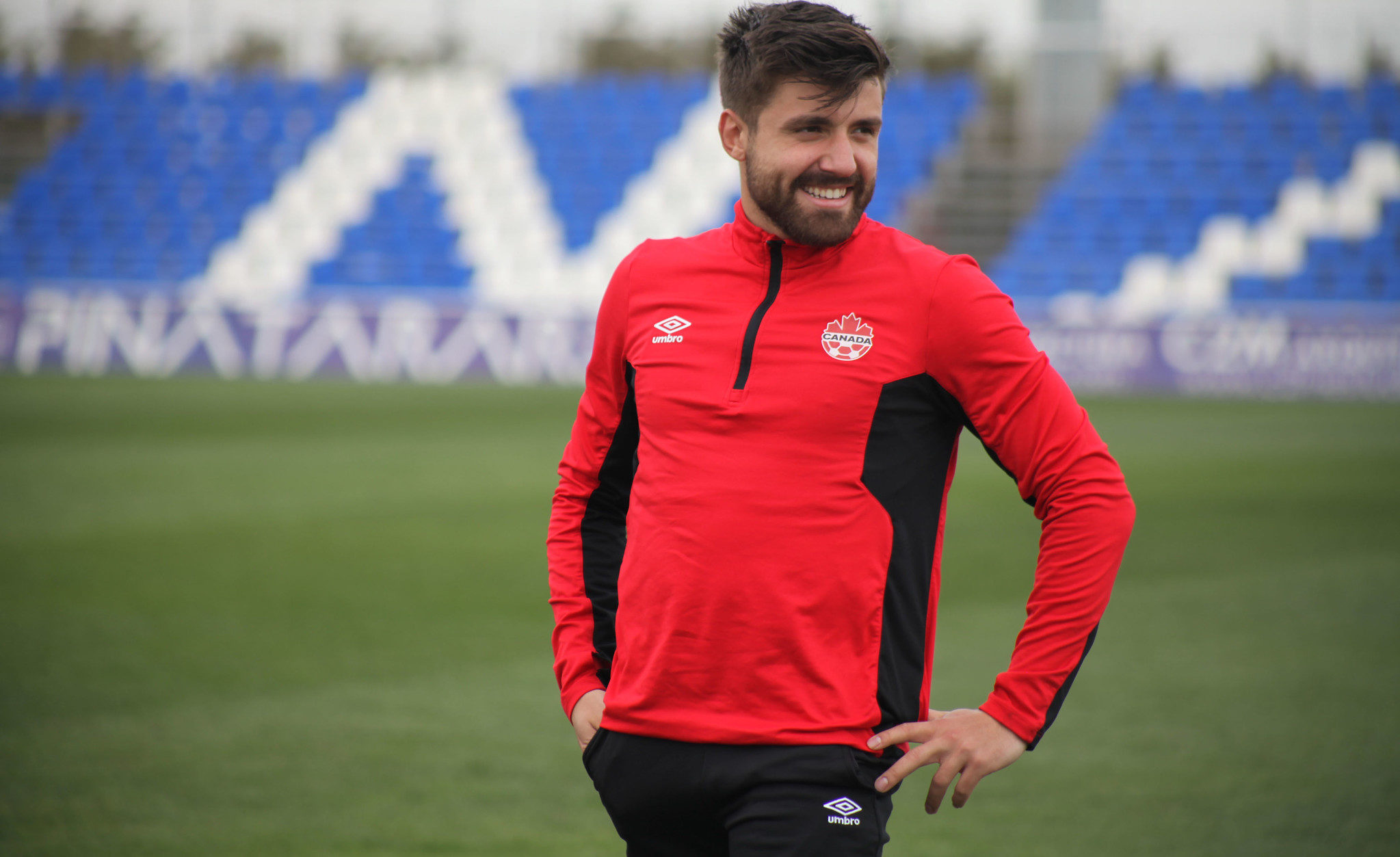 What kind of player gets a two-year contract with a club after making only three appearances, only to then earn a high-profile loan immediately afterwards?

If you answered Michael Petrasso, you’d be correct.

Fresh off recently re-signing with York9 FC, Petrasso joined National League side Barnet FC on loan for the 2020-21 English season.

Petrasso, 25, only played 130 minutes for his hometown club in 2020, with groin issues sidelining him for most of The Island Games in Charlottetown this summer.

But don’t let the lack of playing time fool you. He’s a major piece of the puzzle at York9 FC it attempts to move on from its lackluster showing in PEI and build towards the future.

Here’s why, despite his injury issues this season, Petrasso is worthy of a long-term commitment from Y9.

Coming to Valour FC from Montreal Impact in 2019, Petrasso was destined for a big year in the CPL. But CanPL.ca insiders heard about Petrasso’s fitness concerns all season, with hamstring issues sidelining or hampering the winger all the way through to this summer’s Island Games.

Petrasso admits that much as well, saying on his move to Barnet: “I can’t wait to come back to Canada and show my true potential, as York9 fans certainly haven’t seen that from me yet.”

With Valour, Petrasso was much more subdued – without that extra step, he had a difficult time in certain matches. That continued on PEI where Petrasso failed to play a full 90 minutes and, realistically, influence a match in any meaningful way.

It’s clear that Petrasso has been far from fit in the CPL which has led him to be vastly undervalued.

Petrasso led all CPLers in shots per 90 minutes (3.52) in 2019. While his six goals for left something to be desired, the former Queens Park Rangers talent was of much more value to Valour…

Oh boy, ~does he ever~ love to cut inside. pic.twitter.com/mGwX5dAWNy

The above highlight reel showcases his ability, despite fitness issues, to create those moments of brilliance in the CPL, even if things didn’t go his way injury-wise. Some of those shots, if just a few inches lower, would be considered some of the best goals ever scored in league history.

Players tend to agree with this assessment, with Y9 captain Manny Aparicio saying his former Toronto FC teammate is a Player of the Year candidate if he stays healthy.

Simply put, Petrasso’s quality is worth the gamble.

How many CPLers have ties to big English clubs such as Queens Park Rangers?

Petrasso’s connections to QPR and previous stints at Coventry City, Notts County, and now Barnet make him a known-commodity in the English Football League and Conference, and that was a clear reason that led to his loan deal with Barnett

These connections go a long way and count for a lot, especially in a league such the CPL. York9 managing consultant Angus McNab surely values Petrasso’s resume which, let’s not forget, includes nine caps for Canada, making him one of few Canadian senior players in the CPL with a big upside.