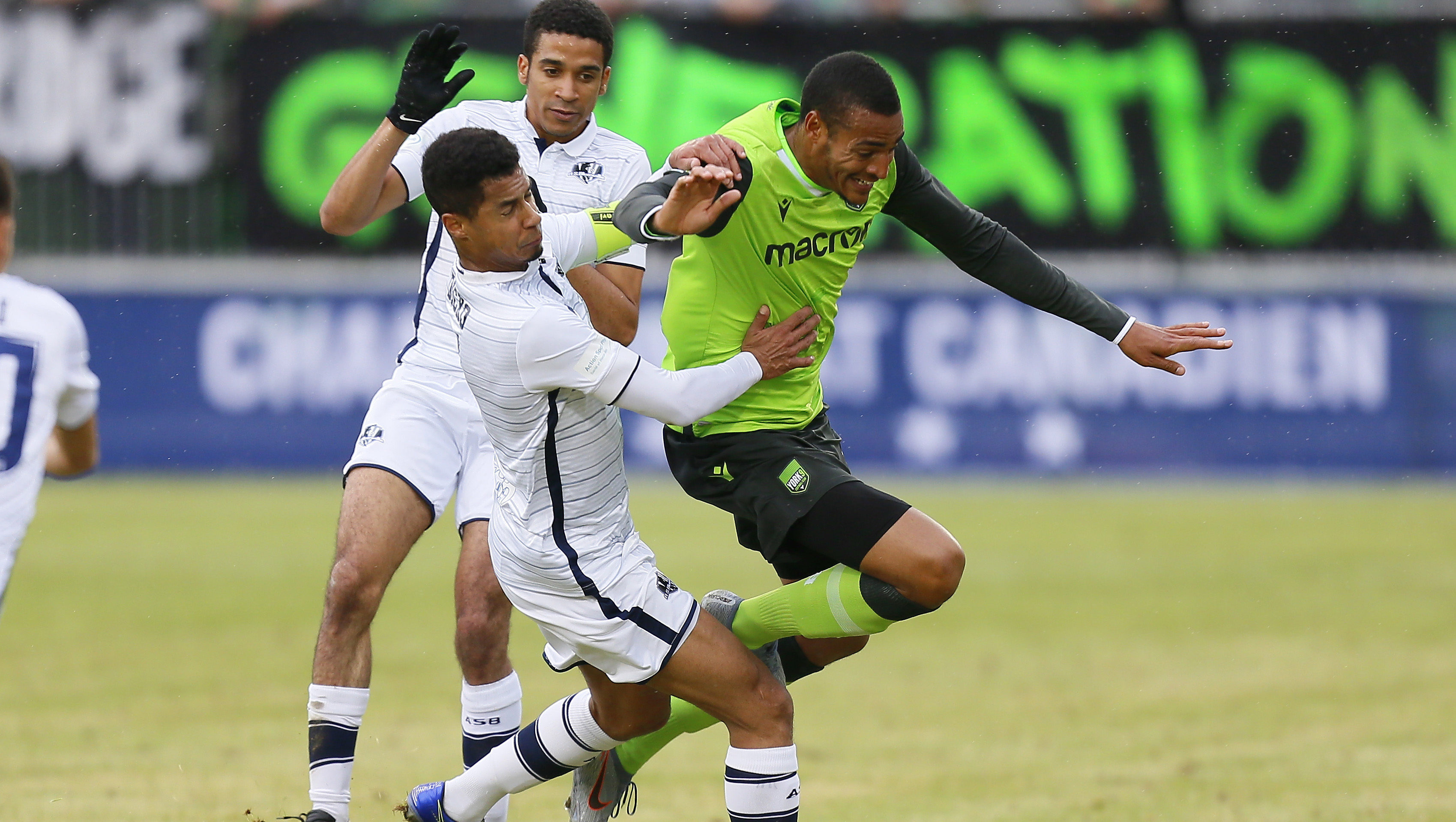 York9 FC and Swedish forward Simon Adjei have mutually agreed to terminate the Swedish striker’s contract, and that he’ll leave the club with immediate effect.

The 26-year-old joined York9 from Assyriska IK in December 2018 and, in doing so, became the first overseas signing in the history of CPL. He went on to score eight times in 30 appearances during the inaugural CPL season.

Coach Jimmy Brennan said: “We thank Simon for his efforts in the club’s debut season and wish him nothing but the best on and off the field in the future.

“We’ve been working hard to strengthen the squad during the close season, and this decision was made in an effort to help Simon secure more guaranteed playing time in 2020 than we could offer him.”